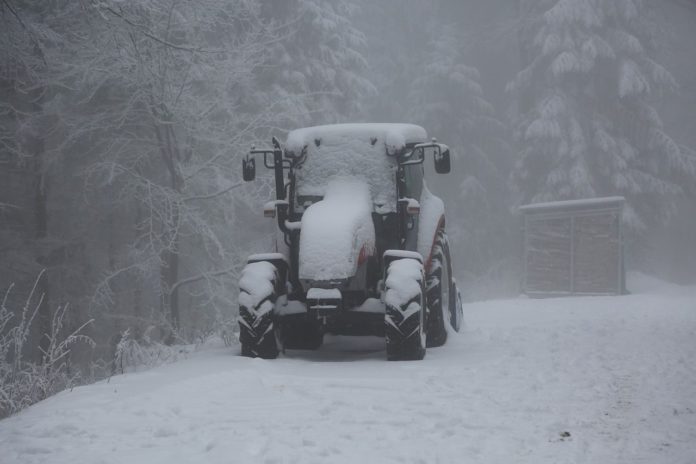 Snow is set to return to parts of Ireland later today (Monday, February 8th), according to Met Éireann.

Scattered showers of sleet and snow will move in over the eastern half of Ireland, with dry and sunny spells elsewhere.

Temperatures will reach between 1 to 4 degrees today before dropping between -3 to +1 degrees tonight.

It will be cold tonight with showers of sleet and snow to drift further inland. There will be a widespread sharp frost with icy stretches to form under clear spells.

Meanwhile, scattered showers of sleet and snow will continue to fall tomorrow, most frequent over the eastern half of Ireland.

Again, with an added wind chill factor, temperature values will remain low, from 1 to 3 degrees.

It will be very cold once again tomorrow night, with frost and icy stretches to form under long, clear spells, according to Met Éireann.

Scattered showers of sleet and snow will become confined to the east and north-east with lows of -4 to 0 degrees. Like the previous day, it will be largely dry elsewhere.

Another cold but rather bright day with scattered, wintry showers to continue to impact north Leinster and Ulster.

Frost and ice will linger throughout the day with lows of 1 to 3 degrees. Isolated, wintry showers are expected in the east and north-east during the night with a dry night elsewhere.

A band of rain, sleet and snow will gradually push into the south-west overnight, with temperatures to remain low nationally, in the region of -3 to +1 degrees.

It will be very cold on Thursday night as rain, sleet and snow make their way north-eastwards across the country.

The national forecaster has warned that accumulations will lead to “hazardous conditions”. Temperatures will generally reach between 0 to 3 degrees, with lower values of -1 to +3 degrees in fresh south-easterly winds on Thursday night.

Ulster and Leinster will see further falls of snow with outbreaks of rain elsewhere.

According to Met Éireann, “there is some uncertainty in the exact details for Friday”.

Current indications, however, suggest that sleet and snow will continue for a period in Ulster and north Leinster.

Once again, there will be outbreaks of rain elsewhere with highs of 1 to 5 degrees over north Connacht, Leinster and Ulster, with higher values of 6 to 10 degrees elsewhere.

- Advertisement -
Previous article
Drivers hospitalised after car collides with rear of tractor in Mayo
Next article
Weanlings sell from €1.92-€3.40/kg at Headford Mart