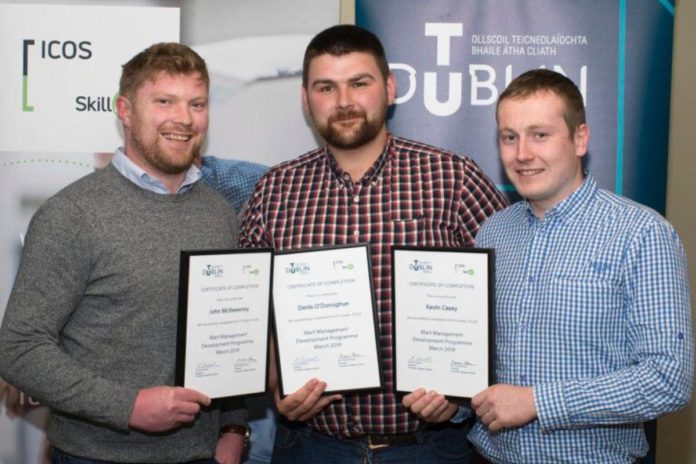 ‘You meet fierce characters when you are around the mart’

Becoming the manager of Skibbereen Mart is the culmination of Denis O’Donoghue’s career a yard staff member, auctioneer’s clerk, and livestock auctioneer.

In March of this year, he took the reins from Tom McCarthy, a west Cork native, who secured a position with AZA Insurance.

O’Donoghue began working for Cork Marts in 2012 and has completed in-house and external training over that period.

Denis O’Donoghue told That’s Farming: “I was always out in my neighbours; they are suckler farmers, and I nearly lived down there. So, I always had a big interest in farming.”

“I was working on a person’s farm who works in Macroom Mart. They asked if anyone wanted to start working in the mart. That is when the whole thing kicked off.”

“I started on a Saturday in Macroom Mart. Then, dairy nI was with another clerk, and before that, I was driving tractors and hedge-cutters.”

“I started in the calf yard in Macroom Mart in 2012. From there, I washed the yard, became a clerk before venturing into auctioneering.”

The Cork native is armed with formal degrees, having completed a 5-day mart management course at Tallaght University in conjunction with the Irish Co-operative Organisation Society (ICOS).

In March 2020, Denis enrolled at Clonakilty Agricultural College, with additional days in Teagasc offices in Macroom and Skibbereen, where he achieved a Level 6 Green Certificate over two-and-a-half years.

“I was supposed to go up to Tallaght University to do it, but when Covid-19 pandemic fell, we did the whole thing online.”

“Every second Thursday when John Murphy was with me, I used to do the calves in Dungarvan Mart, and I sold calves in Skibbereen Mart and Macroom Mart. I gave John Murphy a break on a Tuesday if bullock entry numbers were high.”

“Auctioneering is an addiction; calves are one of the hardest animals you could be selling.” 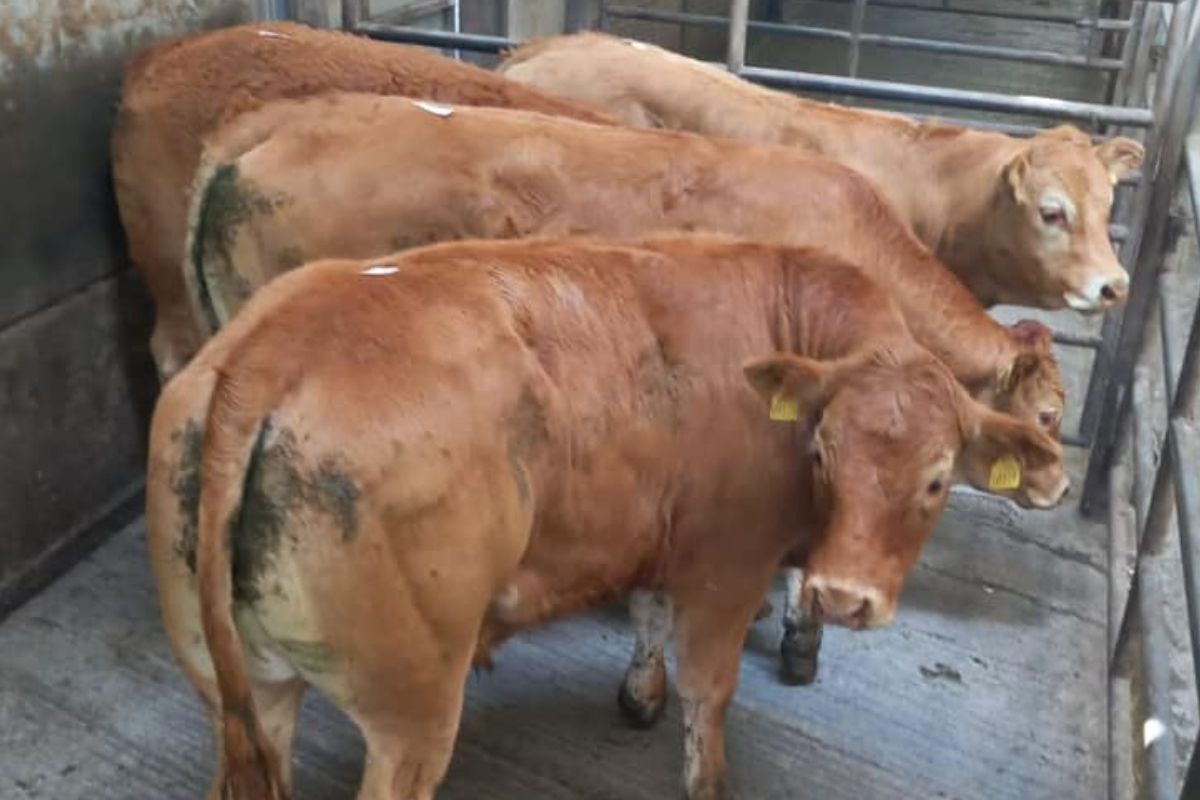 “It is one of the nicest marts you could work. It is all under one roof. You go left into the calf ring or right into the main ring. You have a catwalk over the yard; it is a super set up.”

“You would have two office clerks, two in the office and then ten yard staff. So, you could have thirty staff all in on a busy day with two rings going.”

“There are two auctioneers there already, and they can do it between the two of them. I would get called in, I suppose, but you need to be around the place. You cannot be tied down to a job when you are trying to watch everything.”

Skibbereen Mart can hold approximately 1,150 cattle in its penning areas. Furthermore, the manager noted its weekly throughput increases to some 500 weanlings and 600 cattle towards the backend of the year.

“Everything is on a Friday. We have the calf sale kicking off at 11:15 am to give people extra time for viewing. Then, we pushed the cattle sold to noon with a viewing time from 11 am to 12 pm.”

“Coming down the line, the sale will be pushed to 11:30 am. At the moment, 11 am to 12 pm, the way things are, suits, and we are happy enough. Customers have time before it to go through the yard and see what is in there for them.”

“When we come to the backend of the year, we open up the second ring. So, we would have the weanling bulls and heifers over in ring two and drystock in the main ring.” 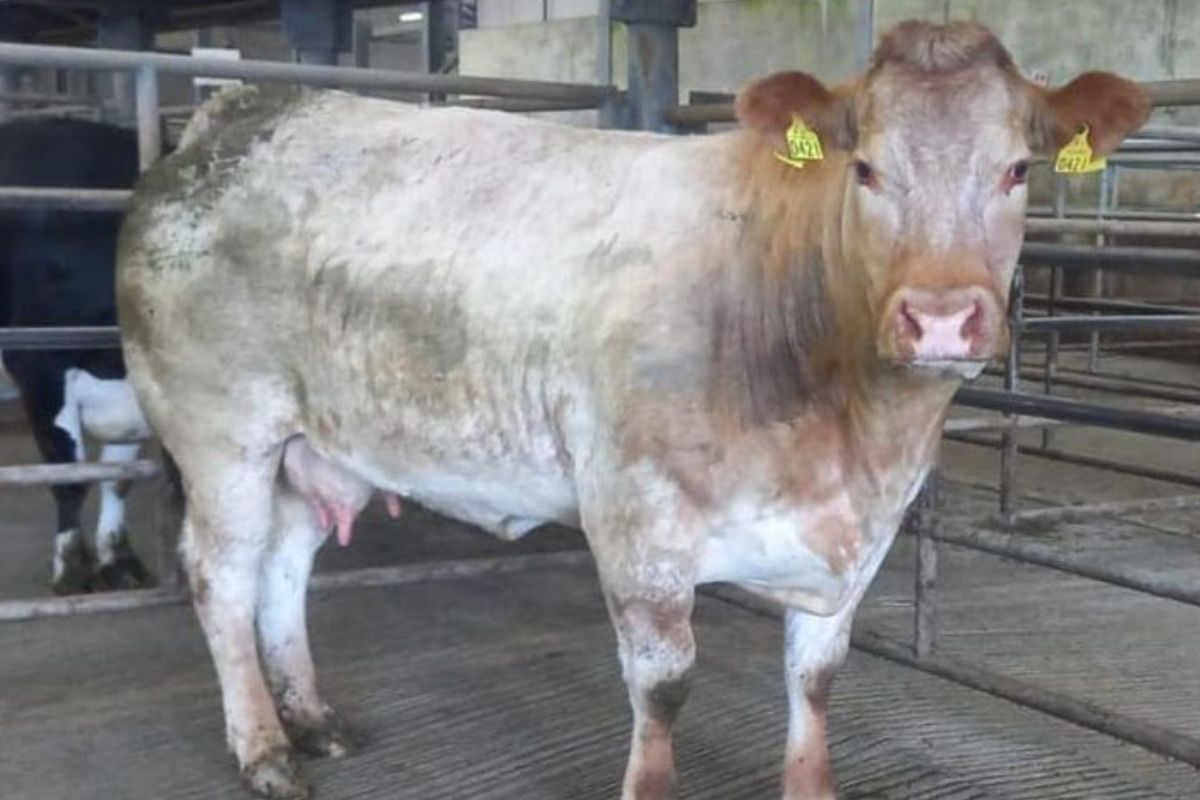 The most satisfying part of Denis’ new position, he claimed, is a “good trade”. “The trade is everything; the trade is going to make you or break you. If you have a good trade, everyone goes away happy.”

“I love auctioneering and meeting farmers. You meet fierce characters when you are around the mart.”

“As soon as Covid-19 restrictions lift, the sooner so we can get back to normal and have the craic in the ring that used to be there.”

According to Denis, MartEye’s virtual bidding technology has been game-changing for the Cork-based venue.

“The online system is something that might not have had for ten years, only for the Covid-19 pandemic. But unfortunately, we are very slow to change and are often behind the times when it comes to changing things.”

“Now, you can ring a person and they can bid away on their phone; they can be anywhere in the country.”

“They [customers] seem to be happy with it. It is a great job for calf sellers as a lot of the dairy farmers do not have time to spend in the mart.

“They can drop in their calves at 7:30 am or 8 am, go home and milk their cows before sitting down and watching their calves selling. They can complete other jobs in between.” 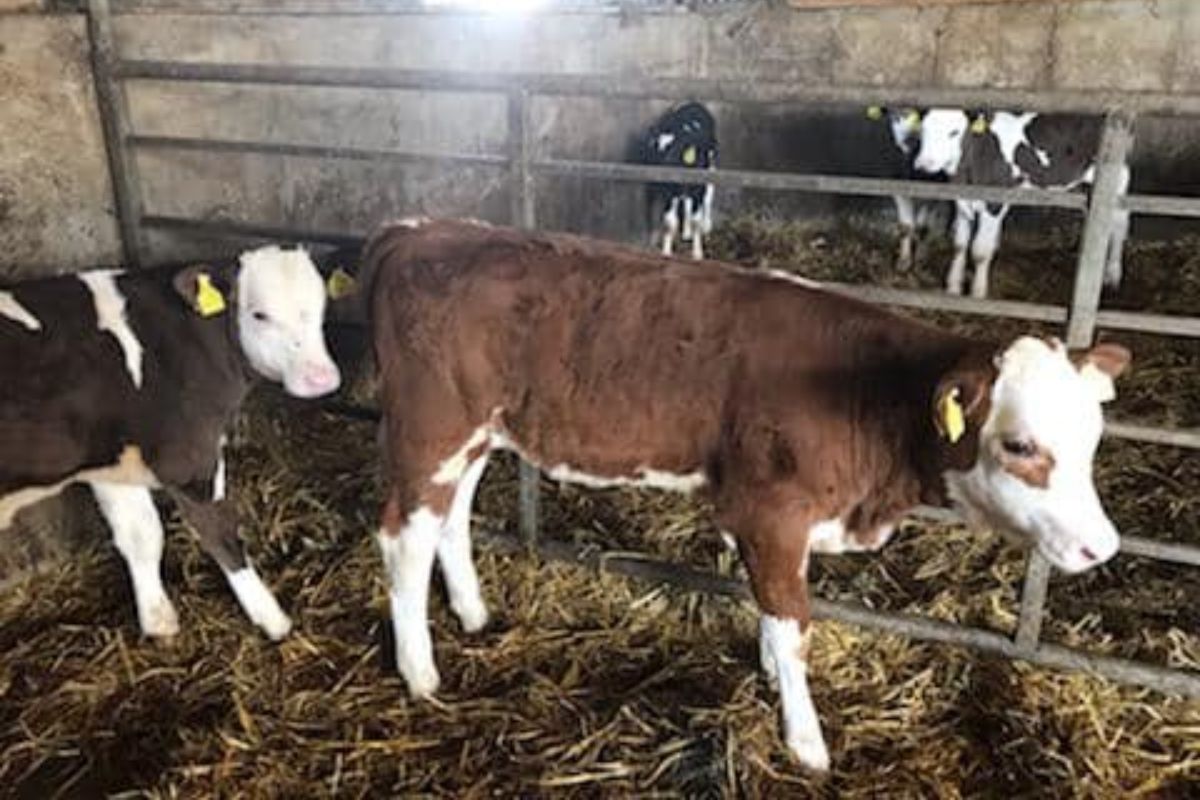 Denis believes the biggest challenge he will face in his tenure will be increasing stock numbers.

“If you want more buyers, you need more cattle. You have to get the cattle in first to get the buyers in; you cannot do one without the other. There is no point having all the buyers in and no cattle or all the cattle and no buyers.”

“When the online system came in, we thought for a second that the use of a livestock sale could be gone soon if it was going online.”

“However, you see, then there will always be a need for a livestock auctioneer. It is very hard to watch phones and listen to nothing at the same time.”

“I think there will always be a place for the livestock marts because there is always going to be cattle around the place; how big of operation it is going to be, I do not know,” the manager of Skibbereen Mart concluded.