That's FarmingThat\'s Farming Irelands Largest Farming News, Properties and Classifieds Network
HomeBeef‘The key to suckler farming in the future will be efficiencies and... 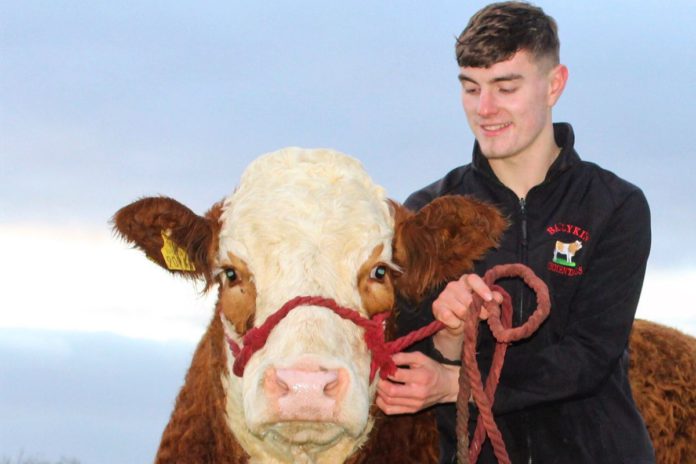 In this week’s Suckler Focus, That’s Farming, speaks to Simmental cattle breeder, Conor Maher, about developing the Ballykin herd, exporting cattle overseas, his success on the show circuit and the industry’s future.

His pedigree Simmental cattle breeding venture began when he acquired his foundation female from Gerard and Anglea Brickley’s Celtic herd’s dispersal sale in 2013.

Celtic dosh, a Glebefarm Victor daughter, is a full brother to Glebefarm Tyson and can still be found in the pastures at Ballykin Simmentals.

Her first daughter, Ballykin Febe, is also within the herd, and has proven to be a consistent breeder. Her two daughters won the reserve champion in the junior cow and junior heifer calf classes in the ISA virtual show last year.

Maher made his next purchase the following November at the reduction sale of Knockane herd owned by John and Theresa Murphy. Here, he acquired a first calved heifer, Knockane Delta Amy, with Knockane Fling, a heifer calf, at foot.

The following summer, he then exhibited her at Tullamore Show, where she scooped the second reserve national yearly heifer champion silverware. He has retained her within the herd, and she has produced daughters, including Ballykin Lady May, which he sold to the Backmuir Herd in Scotland last year.

“Unfortunately, we lost Knockane Delta Amy in February 2016. In 2017, we purchased two more heifers privately from the Murphys. One happened to be a maternal sister to the cow we lost,” the Simmental cattle breeder told That’s Farming. 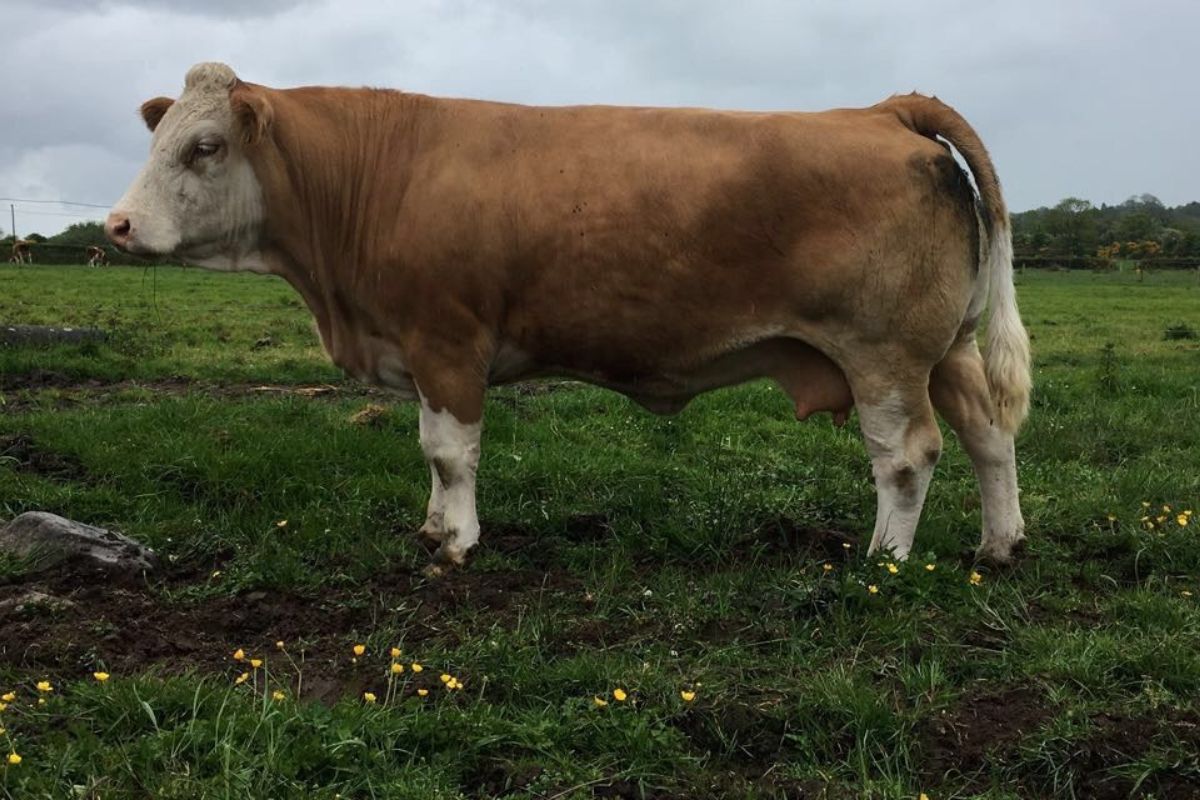 Having efficient cows with high fertility and an ability to produce quality progeny is the key to successful suckler farming.

That is the belief of Maher, who is a part-time suckler farmer and accounting and finance student at Maynooth University.

The North Tipperary native runs his herd of pedigree Simmentals under the Ballykin prefix and some commercials with his parents, Margaret and Denis.

“We are currently only part-time farmers. I think to be farming full-time in Ireland; you would need to be large scale,” he told That’s Farming.

“We have not increased our herd size hugely in recent years and would not in the future because we are only on a small scale. We have 28 suckler cows; 8 of these are pedigree cows, 4 of which are only second calvers. Our farm is 37-acres (17-acrse rented) as we do not run sucklers on the home farm.”

The primary breed of commercial suckler cows on the farm are ¾ or more bred Simmentals, while others have Limousin, Charolais, and Belgian Blue influence.

“My mam would have had a Simmental bull with her cows in the past. As we liked the breed’s characteristics, they have remained the main breed on the farm.”

“Simmentals are the main breed because generally, they make a good-sized cow that has a great ability to calve on her own.”

“Also, they have an abundance of milk to rear her calf off only milk and grass and to go back in-calf, as well as being a very docile breed. They also have a high cull valve which would have been seen in recent weeks in different marts.”

“The other breeds on the farm in recent years have come around from the use of AI bulls and being fortunate enough, of getting heifers.” 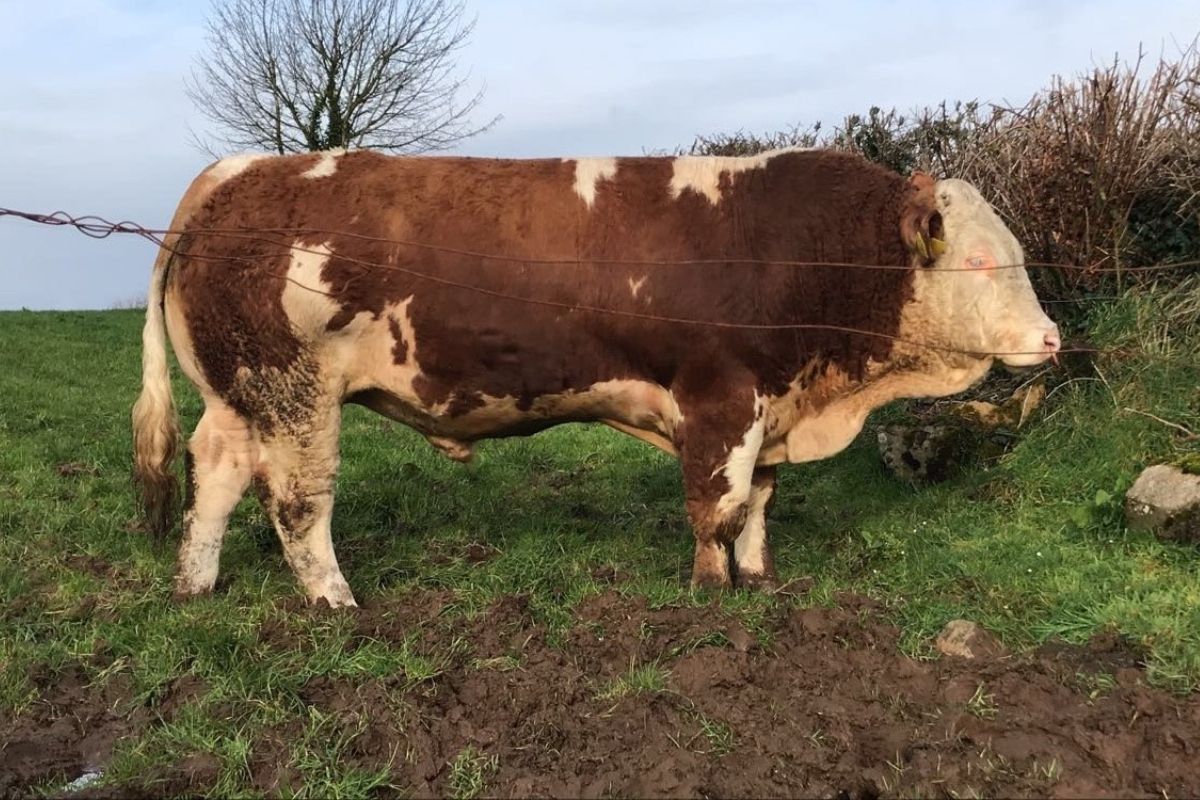 The family uses a mix of AI and stock bulls on their north Tipperary farm and along with selecting Simmental sires, incorporate Charolais, Limousin and Belgian Blue genetics into the pool.

“A stock bull we had, Anatrim Bertie, has left a great stamp on the herd. Most of the cows in the herd today are either daughters or granddaughters of him”

“We bought him privately at 9-months old from David Brickley. He was a ¾ brother of the 2014 national Simmental senior male champion, Anatrim Bodybuiler,” added Maher, who completed a DIY AI course with Dunmasc Genetics in 2017.

“Our last bull, Bighill Giovanni, who was by Curaheen Tyson off a Kilbride Farm Newry cow, bred very well with our pedigree cows. We have retained heifers in the herd and others to Scotland.”

“Our current bull is Lanna Loose Again, a Curraheen Earp son off a Celtic Comet cow back to Seepa Tee Jay. We have had only a handful of calves by him yet. However, we are pleased with what we have seen so far.”

Calving takes place from the end of July to the end of August and from November/end of December through to spring. “This allows for an age range of calves to sell at different points in the year,” explained the young breeder. 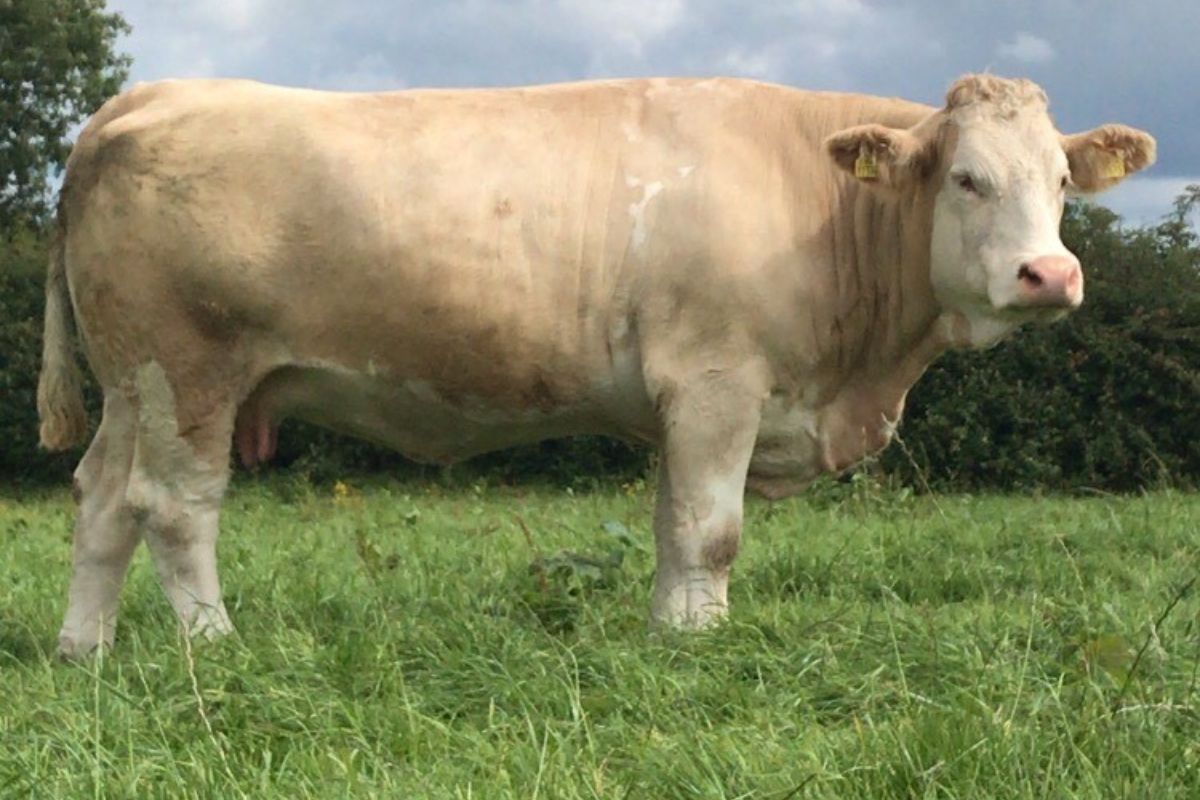 His ideal cow-type is a medium-sized animal with a wide correct pelvis, power and some muscle without compromising on milk and a ttidy udder. “Also, I need to look at fertility and overall correctness for a cow to remain within the herd.”

“We would try to aim for one calf per cow per year. Weighing calves at different stages is good to measure performance too, highlighting factors that reduce performance.”

“To note, we cull cows if they have fertility or temperament issues or if they are not breeding well enough for us,” the Irish Simmental Cattle Society member added.

“We sell all our bull calves as weanlings, except pedigree bulls that are good enough to go for breeding. We sell bull weanlings around 400kgs-500kgs for €2.30/kg+ – depending on the sale.”

“Simmental heifers make around €3.00/kg as they are very sought after; they make excellent suckler cows. We sell most pedigree bulls at home. Otherwise, we would enter them for Irish Simmental premier sales in Roscommon and Tullamore.”

“We have not sold many pedigree heifers as we were building up the herd in recent years. However, we sold two heifers last autumn and this spring, both before sale day, highlighting the demand there is for quality, the breed and suckler farming.”

Traditionally, the family has also bred their own replacements, with selective purchases made to increase numbers to introduce new bloodlines. 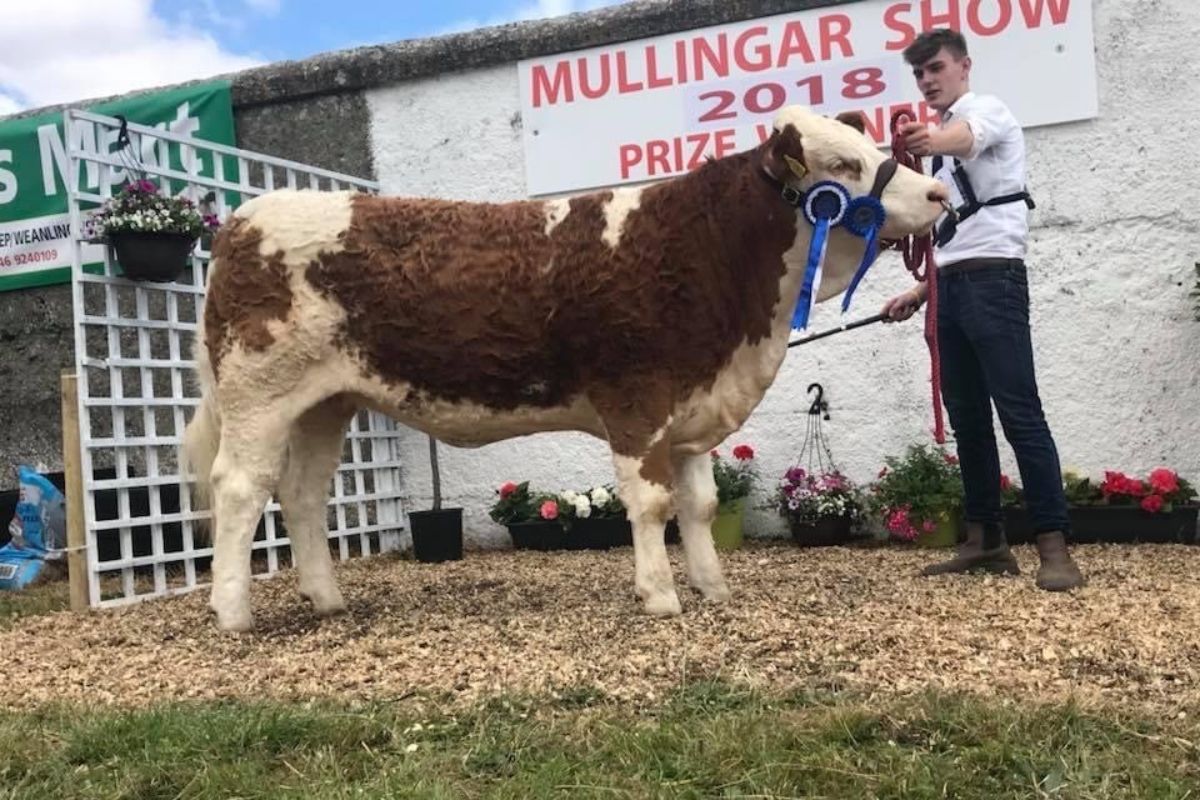 On their farm, the family aim to calve heifers around 30-months, a policy Maher believes gives animals “every chance” to remain within the herd. “She should have enough power to calve, rear her calf and go back in-calf for the following year.”

The young farmer intends to focus on improving genetics and grassland management into the future.

“At the moment, we do a 7-10 day week rotation of fields – depending on how well grass has grown. In the future, we may look at 48-hour grazing to keep the more rich grass for cows that is more palatable for calves.”

“I would like to focus on performance, measuring weight gain on calves through from birth to sale day.”

“Suckler farms need to be rewarded more for the product they are producing. The grass-fed calf reared on their own mother should be highlighted and marketed more and not put under one cover for the beef sold in Ireland.”

“I have enjoyed my journey so far in farming. At times, it can be hard not to become disheartened with losses or poor prices. Seeing how certain crosses work well or good days out at summer shows or sales and meeting people gives one renewed energy,” the Simmental cattle breeder concluded.

- Advertisement -
Previous articleCull cows sell to €2,160 in ‘strong’ trade at Kilkenny Mart
Next article‘Quite a number of cattle going up north again’