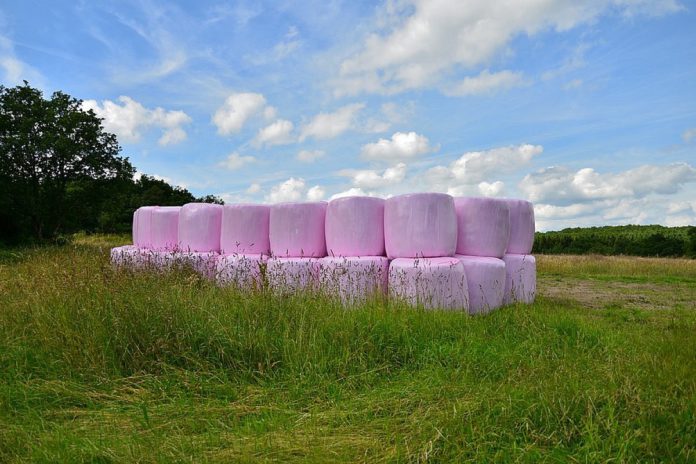 Two males have been arrested in connection with a Garda-led investigation into the theft of silage wrap from agricultural supply stores in recent days.

Over the last few days, Gardaí in the county have received “a number of reports of thefts of silage wrap from agri supply stores in the county”.

A spokesperson said: “Substantial purchases have been made over the phone with stolen or cloned credit card details.”

“The goods are then collected by courier. Two men were arrested yesterday evening in the Cavan area in relation to this matter and enquiries are continuing.”

“If you are in business please be vigilant for this type of criminal activity and take precautions when dealing with unfamiliar customers who attempt to make substantial purchases over the phone.”

Meanwhile, Gardaí issued a fixed-charge penalty notice (FCPN) to a tractor driver over the weekend.

Naas Roads Policing Unit were on patrol when they brought the tractor and trailer combination to a halt during the night.

In a tweet, a spokesperson for An Garda Síochána, said:

“Naas Roads Policing Unit were on patrol when they observed this tractor & trailer taking a sharp bend too fast & partially driving on the wrong side of the road.”

“A Fixed Charge Penalty Notice was issued to the driver,” the spokesperson added.

Meanwhile, Kilkenny Roads Policing Unit stopped a tractor and trailer combination over the weekend for an unsecured load.

The driver was transporting a load of silage bales at the time when officers brought them to a halt.

In a post on social media, a spokesperson for Garda Síochána Kilkenny/Carlow, said:

“Kilkenny Roads Policing Unit stopped this tractor and trailer over the weekend. As can be seen, no attempt had been made to secure the load with straps.”

“The vehicle was grounded until strapping was applied. The consequences of these bales falling would have been serious for other road users/pedestrians. Think road safety,” the spokesperson added.