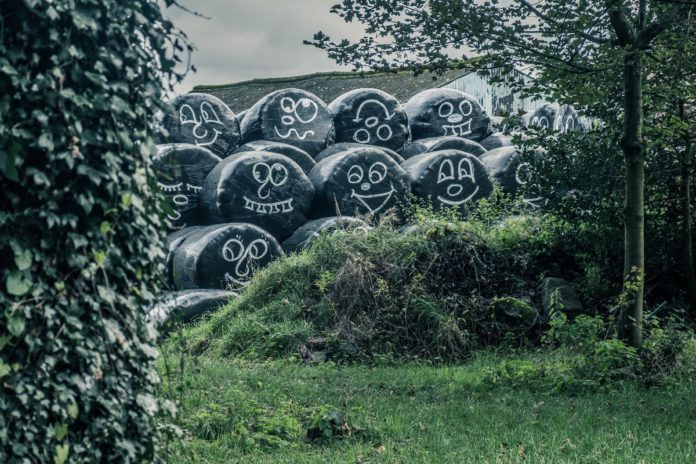 Silage bale wrap is exempt from the proposed plastic packing tax, which will come into effect in the UK on April 1st, 2022.

HMRC issued guidance over Christmas that listed silage wrap as ‘packaging’ for the first time, meaning it would be subject to the plastic packaging levy.

However, it revised this decision following strong opposition from farm lobby groups.

One such organisation, the NFU, claims that this would have resulted in a £200-a-tonne tax. It previously warned that “much of the cost was likely to have been passed on to farmers”.

The NFU challenged the decision in briefings to MPs and during a meeting between NFU President Minette Batters and Treasury Minister, Helen Whatley.

It said the primary role of silage wrap was to ensure silage fermentation, which exempted it from the packaging levy.

The Green Tractor Scheme estimated that the tax would increase the cost of farm film by £5/roll. It stressed that the tax on silage film could have resulted in the “collapse” of its recycling scheme.

Previously, Mark Webb, chair of The Green Tractor Scheme, argued that “silage plastic is not classed as packaging plastic”.

He explained that its “primary purpose is to protect the silage and help it mature into a valuable feedstock for feeding their animals”.

In a statement on Thursday, January 27th, 2022, a spokesperson for Her Majesty’s Revenue and Customs (HMRC), said:

“Following careful analysis regarding the unique properties of silage film, HMRC can confirm that although silage film is within the scope of the tax, it falls under an existing exemption in Finance Act 2021 for packaging that is permanently set aside for a non-packaging function (section 52(6)(a)).

“This exemption intends to exclude items from the tax which meet the definition of a packaging component but are manufactured or imported for a different primary purpose.”

“HMRC will shortly publish updated guidance which will reflect this position,” the spokesperson added.

In a letter of response to the NFU, the Treasury said:

“Representations made by you and others have demonstrated that it is a highly specialised product, the primary purpose of which is to enable fermentation.”

“This could improve the circular waste economy and minimise costs for recycling plastics used on farms,” Robert said.

“In the longer term, we are also calling for further support to develop affordable, technically suitable silage films produced with more recycled content or from bio-based alternatives,” he concluded.