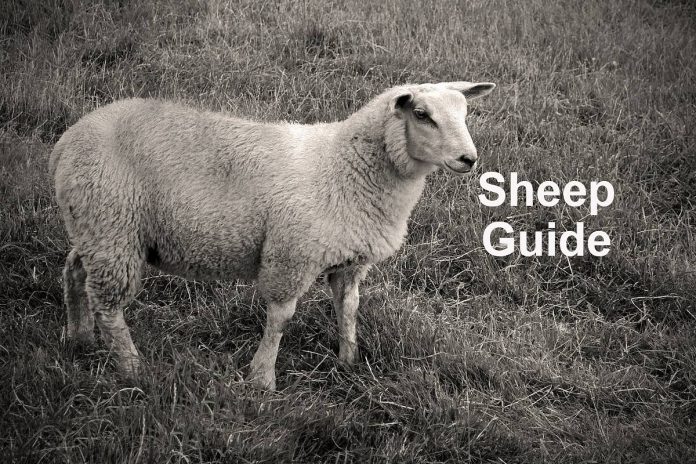 Sheep Guide: Sheep Ireland the ICBF of the sheep industry

- Advertisement -
This week’s sheep guide is all about Sheep Ireland the ICBF for sheep? We take a look.

Back in 2008, Sheep Ireland was established in order to become a representative body for all members of the entire sheep industry, with an objective to develop the national sheep breed improvement programme further.
Deemed the ICBF equivalent of the sheep industry, LambPlus, Central Progeny Test, RamPlus, Genetic Evaluation, Flockbook Management services and involvement with the DAFM’s Sheep Technology Adoption Programme, are several core areas of work that the organisation is exceptionally renowned for.

The upsurge of interest in Sheep Ireland has been noted with LambPlus, a performance recording service being one of the most popular programmes with farmers. LambPlus aims to collect as much information as possible, in order to provide farmers with access to accurate genetic evaluations.
Beginning with a total of eighty-seven breeders in 2009 across five different breeds, today this number has risen to over six-hundred breeders involving twenty-two different societies, with Galway leading the way, boasting the highest membership rates. Ram Searches, online recording systems and an ultrasound scanning service are among some of the most recent additions as part of this initiative.

To examine how industry rams can vary in growth rate to slaughter, identify how industry rams vary in maternal merit, maximise Genetic linkage and foster links among societies and breeding groups, Central Progeny Test (CPT)was introduced back in 2009.

Just last year, 32 rams were successfully utilised for AI, across a total of six breeds, with a strong emphasis placed on sourcing rams hailing from LambPlus flocks.

With a strong focus on increasing genetic linkage between all recording flocks and the rate of genetic gain within the breed, Ramplus was adopted, as a pilot programme.

With involvement of small numbers of Belclare and Texel sheep, semen is obtained from four rams that are either CPT Sires or a son of a CPT Sire. If deemed a success, it could become a central part of Sheep Ireland’s programmes, according to their website.

Comparable to developments in the suckler industry, the sheep industry is following in similar footsteps.

€uro-star indexes enable farmers to see the expected performance benefits in the ram’s progeny as opposed to focusing on physical appearance alone.

The reports are used as a guide when devising breeding programme plans and are ‘only as good as the information used to calculate them’, according to Sheep Ireland. The accuracy value should be carefully observed when analysing reports.

Across-breed evaluations are still in the pipeline, with preliminary results expected to be processed this year. It is hoped that across-breed star ratings will assist with ram selections in 2018.

It has also been said that these indexes will constantly undergo changes in order to ensure that the data accurately reflects performance differences at farm level.

Sheep Ireland’s creation of this strategy, has resulted in their involvement with Task 1 and Task 2 of the Sheep Technology Adoption Programme, focusing on €uro-Star Ram criteria requirements and performance recording.

Annually, a special Multi-breed sale is hosted seeing entries from an array of breed societies. Boasting the sixth and largest sales so far, last August a total of 205 entries took to ringside Tullamore. The sale rounded off with a leading price of €980, an average price of €525 and 85% clearance. We covered the sale in full.

Again similar to the beef and dairy industries, genomic testing is something that is in the mainstream at the moment, with the belief that genomics has the power to increase genetic gain rates. It is hoped that information on this matter will be available to sheep farmers in 2018, in order to assist with ram selections.

Members can avail of online services that allow them to record all mating data, births, register their pedigree lambs, generate sales catalogues and have access to an online flockbook for their relevant breed.

In recent weeks, Sheep Ireland has turned their attention to Hill-sheep parentage recording.

Teagasc advisor Kevin O’Sullivan spoke about the present level of hill recording in Ireland, while Ann McClaren from SRUC, UK delivered a presentation on ‘A Scottish Perspective to Improving Hill Sheep Productivity’. She focused on the potential benefits that can be brought about on hill farms using genetic indexes. The full low-down from this meeting can be viewed here.

To obtain further information about Sheep Ireland see their website.