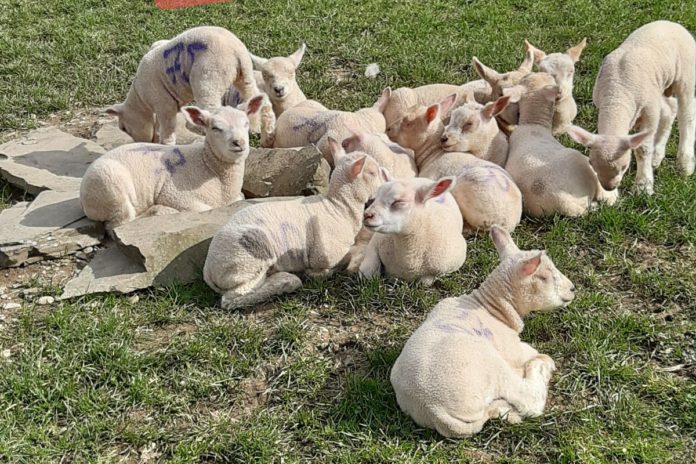 Deals to €6.50/kg for lambs with ‘favourable’ market outlook

Sheep farmers should sell hard while moving lambs at optimum weights to maximise returns and take back control from factories.

That is according to IFA sheep chairman, Sean Dennehy, who said demand for lamb is expected to improve over the coming weeks.

“€6.40/kg is paid in most factories today, with some deals to €6.50/kg despite ongoing attempts by factories to reduce prices further,” he said.

Dennehy said factories must stand firm in the marketplace. He pointed out that Irish lamb, as it stands, is competitively priced to compete in the market. Therefore, he added, there is no need or justification for further price cuts.

Buying for the Eid Festival in mid-July is “starting in earnest”. Following this, he added, breeding sales and store buying will increase competition for lambs.

He added that supplies of suitable lambs are limited. Average carcase weights to date this year are 0.5kg lighter than last year.

According to the Department of Agriculture, Food and the Marine’s database, the national sheep kill stood at 54,693 head during the week commencing June 21st.

The inclusion of last week’s throughput brings the kill for the year to date to 1,158,382 head.

Meanwhile, Bord Bia predicts supplies of imported lamb into the EU market will remain low for the year.

UK supplies are predicted to be below last year’s levels.  With additional costs associated with accessing the EU market, he said this further enhances market conditions for Irish lamb.

The IFA sheep committee will meet with factories in the coming days to set out farmers’ frustration at the recent attempts to “severely undermine the trade and the need to maximise returns to sheep farmers from a favourable market environment”.

He said factories must take a stand. “Farmers cannot continue to be expected to absorb higher production costs on the one hand while allowing the large supermarkets determine the price we receive,” he said.

“We have seen over the last 12 months how consumers are willing to pay higher prices for high-quality lamb supplies from trusted producers.”

“Sales of lamb grew both in terms of volume and value in supermarket sales,” he concluded.