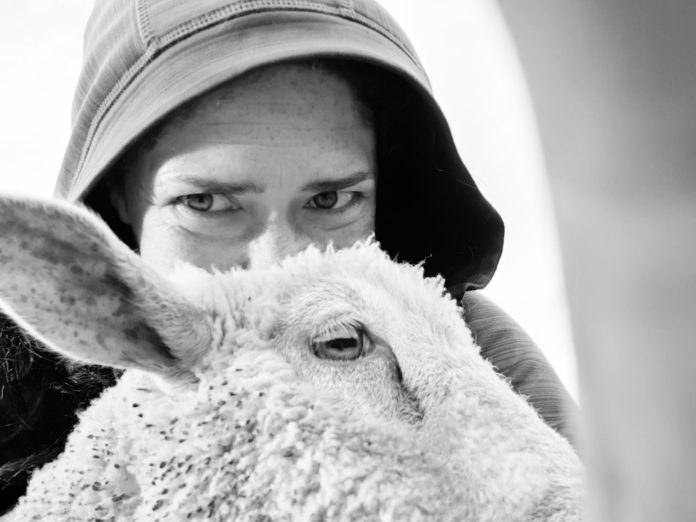 In part two of this segment, sheep farmer, Clodagh Hughes, discusses her road to recovery following a serious road traffic crash that led her into the “woolly world” of sheep farming.

Well, folks, following on from my crash, I was gathered up off the road by two lovely paramedics.

I can still recall the paramedic in the back telling me he had; “previously had several lads from motorbike accidents in the ambulance but, I was his first female”.

This made me feel special and very giddy because, at this stage, I am floating in a very surreal place between reality and absolute euphoria from the morphine.

Skipping on a bit, I only spent a week in hospital, which, in hindsight, was quite short considering my injuries but, I guess I was better off at home.

I will give you a brief rundown of those injuries, not because I am after any sympathy, although I will take a small bit if it is going!

But, more so to try and explain how I have come to be doing what I am doing and, also this is a kind of therapy for me to write about it.

I would not be the best talker when it comes to personal stuff.

I sustained multiple fractures, some worse than others. Because I was going to be confined to a wheelchair for almost six months, some of these fractures were left to heal themselves.

The most serious ones were; my left talus bone being completely smashed; this is the main weight-bearing bone in the ankle joint, and my right knee was badly shattered.

I had a massive laceration all up my right shin…I actually saw bone!

Also, I sustained a serious amount of soft tissue damage that, only for the motorbike leathers, would have resulted in a much more severe injury.

I also had a good helmet that saved me from goodness knows what type of head injury. There is a lot to be said for the right gear, folks.

Getting ‘back on my feet’ was a long and arduous task and took me a good two years before I was fully mobile again.

I cannot go into the whole saga of my recovery. However, suffice it to say, it was an extremely traumatic and distressing period in my life and one which still affects me in everything I do.

I have had a number of surgeries in attempts to alleviate pain and improve joint performance, but with mixed results.

I will be looking at a knee replacement in the future, but for now, I cannot go through any more procedures.

I tried to return to cheffing but, it proved too difficult. I was lost for a bit as to what to do when I got accepted onto a veterinary nursing course, but my physical health let me down again.

But, I understand anyone questioning my career choice in farming as it is a tough one at times.

However, I can work at a slower pace, and I can sometimes adjust my days to suit my health.

I cannot remember exactly how or when I decided to get sheep… but in 2016, I bought 13 ewe lambs and have not looked back since!

- Advertisement -
Previous article
‘If you are travelling behind a tractor, please be patient’
Next article
How this 45-cow suckler herd is pocketing £131/head more for cattle