That's FarmingThat\'s Farming Irelands Largest Farming News, Properties and Classifieds Network
HomeEditor's Picks‘I was on my motorbike and a JCB digger pulled across my... 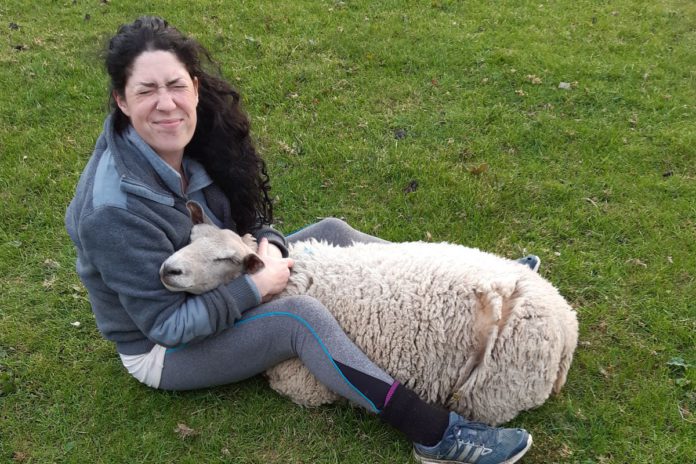 In this week’s Farmer’s Diary, Clodagh Hughes explains how a serious road traffic collision led her into the “woolly world” of sheep farming.

Another week has passed, folks, and, as I have not got a lot to report on from the farm this week, I am going to write a wee bit about how I got into sheep farming and what led to my journey into the woolly world of sheep farming.

For those of you who don’t know anything about me, I was reared on a dairy and drystock farm in South Monaghan along with my four brothers.

We all did our fair share around the farm but, looking back now, I can see that I was always more interested than the others. This interest has stayed with me throughout my life.

At the time, it never crossed my mind to think it possible to follow a career as a female in farming.

It is not that I was ever told I could not, and I know my family would have supported me the whole way.

It was just was not an option that I was aware of. Bearing in mind, folks, this is going way back to the last century, circa 1995!

From a young age, I always enjoyed cooking so, when I discovered I could train to be a chef, this became my goal.

I completed my Leaving Cert in 1997 and went straight on to study as a professional chef in Donegal, finishing up in Dublin, where I remained for a few years working in some great restaurants.

I could never settle in a town or city environment, so; it was inevitable that I would head back for the rolling drumlins of Monaghan.

I got a chef’s position in Dundalk, Co. Louth and was happy there for almost ten years when, in 2010, things started to go spectacularly wrong!

It was the end of August, and I had just been made redundant (I hate that word!).

After almost ten years of loyal service, I had been ‘let go’, quite harshly I thought and, for the first time in my life, I was not working

Now, as if this was not bad enough, guys, I was travelling out the road home from signing on when I was involved in a very serious road traffic collision.

I came off a bit the worse, mainly because I was on my motorbike and a JCB digger pulled across my path to turn right, causing me to smash into his back wheel area.

It’s called a T-bone (note the food ref! How ironic)

I still have a vivid recollection of the moments pre-crash but, there are definitely a few minutes missing which, I actually think I am glad I was knocked out for!

I was extremely lucky that there was an ambulance attending to a less serious accident over the road.

To this day, I still wonder how that other poor person got on since I stole their ambulance and all!

Nothing could have prepared me for the long, difficult and painful road I had ahead of me.

Please tune in next week for part 2.