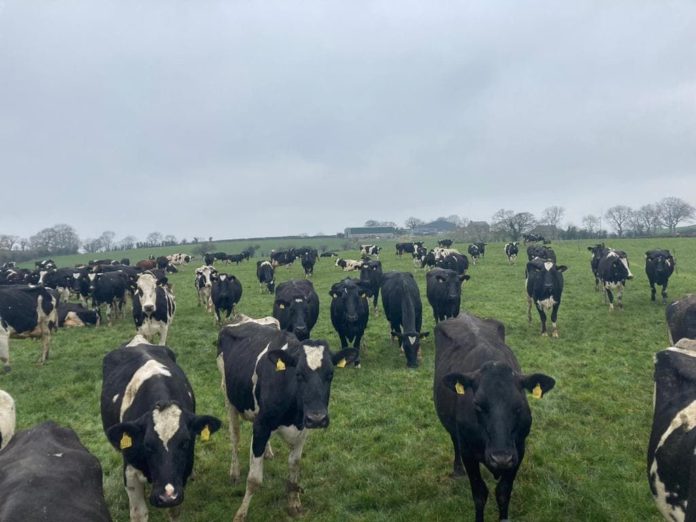 Dairygold, Carbery and Tirlán have become the latest co-ops to set their September milk price.

Dairygold has announced that it has maintained the September Quoted Milk Price at 57.5c/L, based on standard constituents of 3.3% Protein and 3.6% Butterfat, inclusive of bonuses and VAT.

The quoted milk price for September based on EU Standard constituents of 3.4% Protein and 4.2% Butterfat is 62.7c/L.

A spokesperson pointed to dairy markets which have been “stable” in recent weeks, despite “significant” inflation, which could potentially impact demand.

They noted that market returns this year have been at historic highs, and this, they added, is reflected in the “continuous” strong milk price it is paying.

The Dairygold board will continue to monitor markets “closely” and review milk price on a month-by-month basis.

Carbery has revealed that it has maintained its milk price for September at the same level as August.

If this decision is replicated across its four West Cork co-ops; Bandon, Barryroe, Drinagh and Lisavaird, this will result in an average price for September of 57.2cpl, inclusive of VAT and 0.5cpl Somatic Cell Count (SCC) bonus.

A spokesperson for Carbery commented:

“Whilst dairy markets are expected to remain stable in the near term, the business continues to monitor the impact that the current global economic challenges are having on demand for dairy produce.”

Tirlán has increased its September milk price to 58.08c/L, the processor has revealed.

This represents an increase of 0.5c/L on the previous month’s milk price.

The price comprises the following:

It will adjust the base price, Sustainability Action Payment and Agri-Input Support Payment to reflect the actual constituents of milk suppliers delivered.

The Tirlán total price for September creamery milk, based on LTO constituents of 4.2% butterfat and 3.4% protein, is 62.96c/L (including VAT).

This includes its Sustainability Action Payment and Agri-Input Support Payment.

However, he revealed there have been “some signs of easing” on some products in recent weeks.

“Consumer sentiment is being closely monitored due to the inflationary environment.”

“We remain conscious of the high cost of farm inputs through the winter period which is reflected in our increased support today.”

“The board will continue to monitor the situation on a monthly basis.”

On another note, he “sincerely” apologised on behalf of the co-op for the “upset” caused to many suppliers by the recent issue with its August milk statement mailing.

“We would like to thank our suppliers for their cooperation in the swift retrieval of statements.”

“A full review of procedures was immediately implemented. The September milk statement will issue in the coming days, both online and via mail.”

The board of Tirlán said it is “acutely aware” of the impact of high farm input costs on its suppliers with large volumes of milk contracted under Fixed Milk Price schemes.

The board has confirmed that it will continue to pay an Agri Input Support Payment of 6.5c/L for the remainder of 2022 and for the first quarter of 2023.

This, the co-op spokesperson added, is subject to dairy markets continuing to perform at current “high” levels and input prices remaining “elevated”.

It pays the support on all milk, including volumes in Fixed Milk Price schemes.

As a result of these actions, the total level of support committed to suppliers in Fixed Milk Price schemes will amount to circa €22 million in 2022.

In addition, Tirlán has confirmed the current Fixed Milk Price support scheme, which it announced in March, will remain open for applications from qualifying suppliers until December 1st, 2022.

The scheme applies to farmers with over 35% of their milk supply in Fixed Milk Price schemes.

According to the co-op, this offers suppliers the option of increasing the price received on the qualifying volumes in 2022 to 40c/L (including VAT) plus constituents.

In addition, participating suppliers will continue to receive the Agri Input Support Payment as outlined.