That's FarmingThat\'s Farming Irelands Largest Farming News, Properties and Classifieds Network
HomeBeefInterview: ‘I would be one of the only ones listening to country... 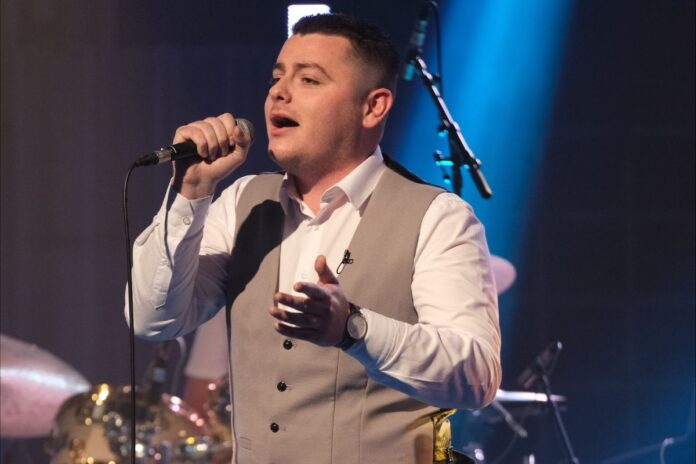 Interview: ‘I would be one of the only ones listening to country music’

“I was born and raised in Belmullet, Co. Mayo and am currently living here also. I have a farming background, having grown up on a farm in the West of Ireland.

I would have spent most of my evenings as a child and teenager helping my uncle, Tony, on his farm, so an interest in farming and agriculture has always been instilled in me.

My interest in country music began at a young age, with it always being played in the house on our local radio station here in Mayo, Mid West Radio.

I would listen to the likes of Big Tom, Mick Flavin, Philomena Begley and, in later years, the likes of Derek Ryan and Nathan Carter.

I would sing along or at least try to sing along to these greats while listening to the radio as a child. These are some of my earliest memories of singing as a child.

Then in secondary school, I would have received a lot of encouragement from my teachers, such as Mairéad Flynn & Sinéad Muldoon, to sing in school plays, musicals etc., which developed my confidence and made me realise that this is something I would like to pursue a career in.

Unlike my friends at school, who were all interested in pop music and what was in the charts, I would be one of the only ones listening to country music.

I have many inspirations and idols in country music with a mixture of both Irish country and American country.

For Irish country, I would look up to the likes of Johnny Brady, Derek Ryan, Mick Flavin and Gareth Maguire.

For American country, the likes of Garth Brooks, Luke Combs, and Chris Stapleton would be my biggest inspirations.

There would not be an awful lot of my close family members involved in music; I have a few cousins involved in various bands and would be related through marriage to the Irish folk band, The Molloy Brothers.

A first cousin of mine, Enda Molloy from Mulranny, Co. Mayo, is also a member of the popular, Biblecode Sundays, which have had great success over the years.

To date, I have recorded and released five country singles, all luckily going straight to number one on the Irish iTunes charts.

Both would have also been very influential on my music career, as their advice and guidance still stand to me today.

Currently, I am in the process of finalising an album which will hopefully be released towards the end of 2023; all going to plan.

I have also been lucky enough to have performed on many big stages and have opened for the likes of Nathan Carter, Johnny Brady and Lisa McHugh, to name but a few.

In 2019, I was also lucky enough to take part in a country star competition at one of the biggest country music festivals in Ireland- ‘Cowboys and Heroes’.

I was delighted to have been crowned the winner on the day, especially after going up against such talent on both days of the competition.

This then gave me the opportunity to go on to have my own slot on the main stage at the festival in 2022.

As well as this, I also gig locally around Mayo and Connacht as much as I can, trying to keep my name out there and perfect my craft.

I mainly cover versions of songs that I like, mostly American/ Irish country, with a few pop/ rock numbers thrown in there.

I try to always play to the crowd, so I have learned that a large variety of songs is essential to be able to adapt to whatever crowd is in front of you.

Moreover, I try to post covers on my social media pages – Facebook, Instagram and Tik Tok as often as possible, usually every few weeks just to keep them active also, as we have all seen the power of these platforms over the last few years.

It is a fantastic way of promoting yourself and getting your name out there.

What really appeals to me about country music is its simplicity of it and the main focus being on the lyrics of the song.

Each song tells a story, and I love that. I find lyrically, it is the only genre I can really connect to when performing.

Moreover, I suppose although it is popular in Ireland, there is still difficulty in getting the genre into mainstream music.

Not every young person is interested in the genre, so it is difficult trying to build a fanbase amongst the younger generation, in particular.

Take Garth Brooks, for example; this year, no one expected over 100,000 fans to fill Croke Park for that many nights, but unknown to the younger generation, they actually are country fans by attending.

As well as this, artists in America such as Luke Combs and Zach Bryan are now coming into the mainstream charts amongst popular music today, and that is a massive step in the right direction for popularising country music.

I think it is all about finding the balance between the country roots and the popular music we hear today and moving with the times.

I have faced many challenges since starting to try and get my name out there. The main issue is the lack of bands and concerts happening close to me.

We would have to travel more than two hours from Belmullet to hear a country band play compared to other areas in Ireland.

It just makes it a bit more difficult to break into the scene as there are not as many opportunities for young singers to get up and sing.

Currently, I am a full-time secondary school teacher teaching Irish and music. While starting out, I strongly believe you need another job in this game.

I love it; it is great to be still involved in music through teaching it and getting involved in the likes of school concerts, musicals, etc. And I have learned so much from it.

I am delighted to also currently be a contestant on TG4’s ‘Glór Tíre’, a talent show which promotes country music in Ireland.

I was delighted to have been chosen by the fantastic David James to be one of his contestants in this year’s series.

It is an amazing platform, and I am really looking forward to the experience. It will hopefully open many doors for me.

A massive goal of mine this year is to break into the Irish country scene here in Ireland, so hopefully, ‘Glór Tíre’ will help me with that.

I have enjoyed my journey as a country artist so far as I aim to go from strength to strength.

It takes hard work and dedication to make it onto the scene, so I aspire to work as hard as I can over the next few years to hopefully make my dream a reality.”

- Advertisement -
Previous article
‘Blues’ are back with new 23,000gns price record for yearling heifer
Next article
Roscommon: Dry cows continue to lead the charge at €2,680