That's FarmingThat\'s Farming Irelands Largest Farming News, Properties and Classifieds Network
HomeBeef‘If you are not doing 100-acres in a day, you are not... 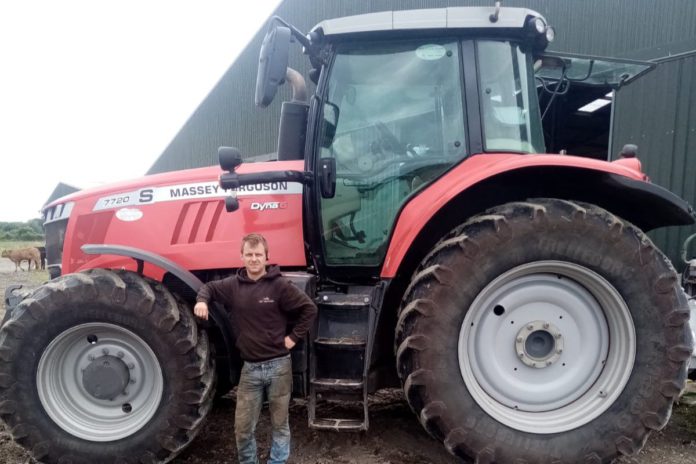 As part of this week’s Agricultural Contractor of the Week segment, That’s Farming, speaks to Don Scally from Scally Agri Contractors about serving agricultural services to County Westmeath since the 1980s.

Employees in the business are his sons Don, Noel, a mechanic, and Andy, alongside five workers at peak times.

“My father started hedge-cutting for hire in 1980. He would have done hedge-cutting until one of his sons got old enough. He did pit silage all of his life. However, he had to take a step back from contracting because he was milking cows,” Don Scally, his son, told That’s Farming.

“When I left college, I went contracting full-time, and we have been progressing steadily since that. There was always machinery in our place.”

“From the year 2000 on, we went from a double-chop to a JF harvester and then onto a CLAAS JAGUAR 820 self-propelled silage harvester in 2006.”

“The hedge-cutting keeps us going from September to March, and we would be at the slurry at times as well. So, with silage and slurry, there is no problem to have work every day of the year.”

“Baling is nearly our biggest service, and it only took a few years. After that, there was a bit of an opening for baling in the area, and we took a chance and got going at it; we are very busy with that.”

“From the first year to the second year, it got going because the McHale Fusion baler was putting the plastic on the inside of the bales. Once that word got out about that, nobody wanted anything else.”

“There seems to be new work coming all the time. Every dairy farmer has increased their herd by another herd, and each job and some jobs have nearly doubled. Some people that were only making 50-acres of pit silage are now making 100-acres of pit silage.” 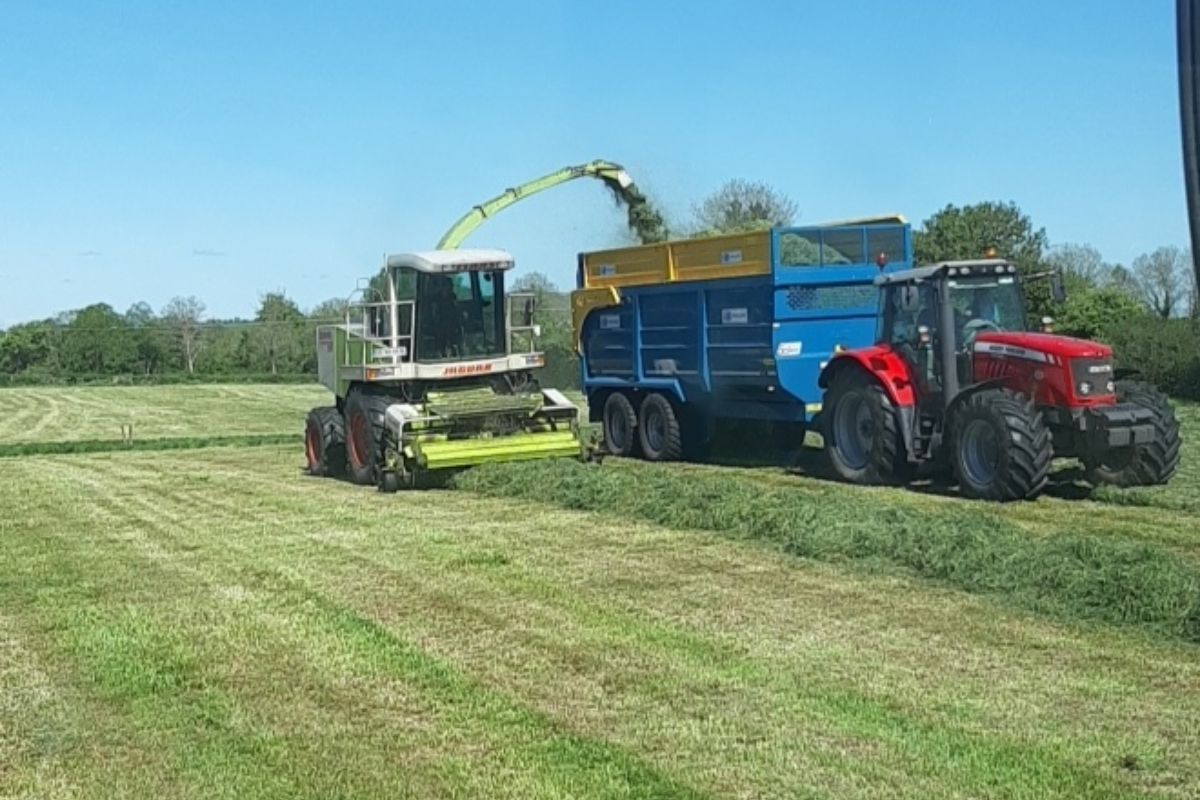 “I could not praise Massey Ferguson enough; we have always had this brand. Since we got into the bigger 50K box ones, we can pull bigger trailers and do double mowing.”

“Since we got into the bigger tractors, it is cutting back on staff. We can have one big tractor and one big trailer, which is as good as one small one.”

“We would do the majority of maintenance ourselves apart from the harvester. The reason the harvester, which is in its 16th season, is going so well is we get it serviced annually in Kellys of Borris in Carlow.”

“We bought an umbilical system in January due to the bad weather as we could not get out with the slurry tankers. It is going very well, and it is very sought-after, especially during the summertime.” 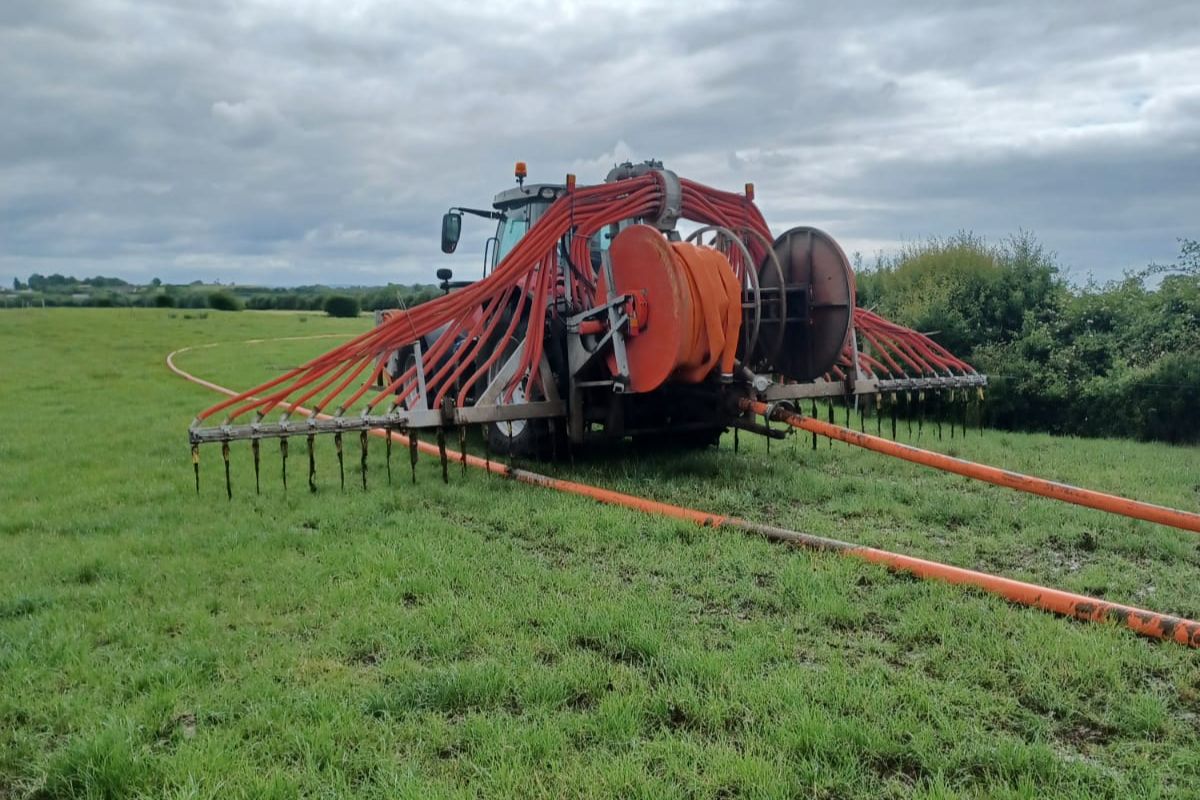 According to Don, one of the challenges he faces as an agricultural contractor is recruiting staff. Although it can be challenging, he is “very fortunate” with the staff he has.

“The biggest challenge is getting through work quick enough and keeping people satisfied. Everyone wants their own work exactly when they want it done, which is fair enough, but it can be difficult to do that; you cannot make halves of yourself.”

“I do tell people this, and it is the truth; I treat everyone’s work like it is like my own, and all we can do is our best. No person has ever said we are not going to wait for you as we offer a fairly good service.” 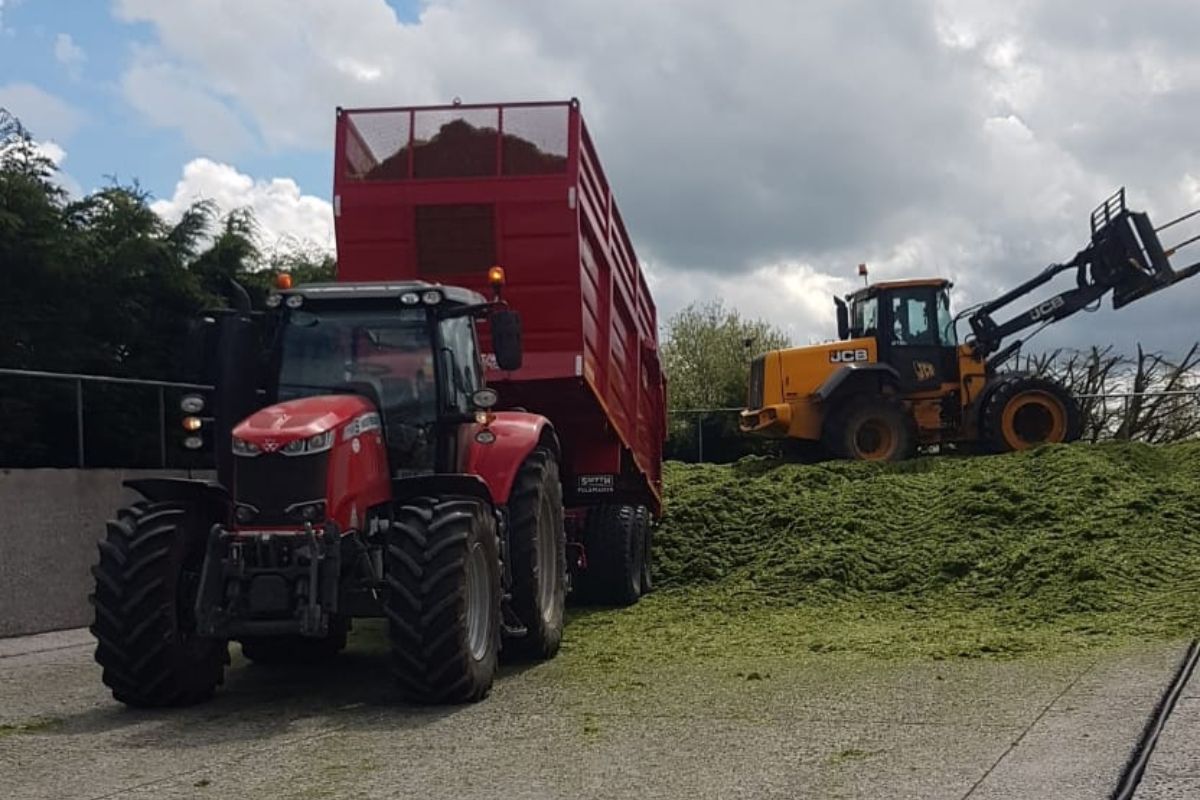 Don touched on industry changes he has witnessed first-hand since he venture into agricultural contracting.

“Everything has got in a hurry since then. Back then, if they did 20 or 30-acres a day, you were grand and doing enough as expenses were not high.”

“This thing of doing silage by the acre it should be by the tonne or by the hour.”

“You go into one place, and it is light, and you fly through it, and they are charged one price. Then, you go into another place heavy, but they are getting it done for the same rate. So, per acre is not a good way of choosing what rate.”

“You do not necessarily need to have the best machine in the world to do a job. But, if you have a machine that works for you and you can get through enough work and have a few pounds for yourself, you are only ever going to have a few pounds at the end of the week no matter how big you are.”

“There are people with 20 and 30 tractors. Have they any more than a person with 2 or 3 tractors at the end of the day? All you would want to do is make your payments and have a few pounds for yourself.” 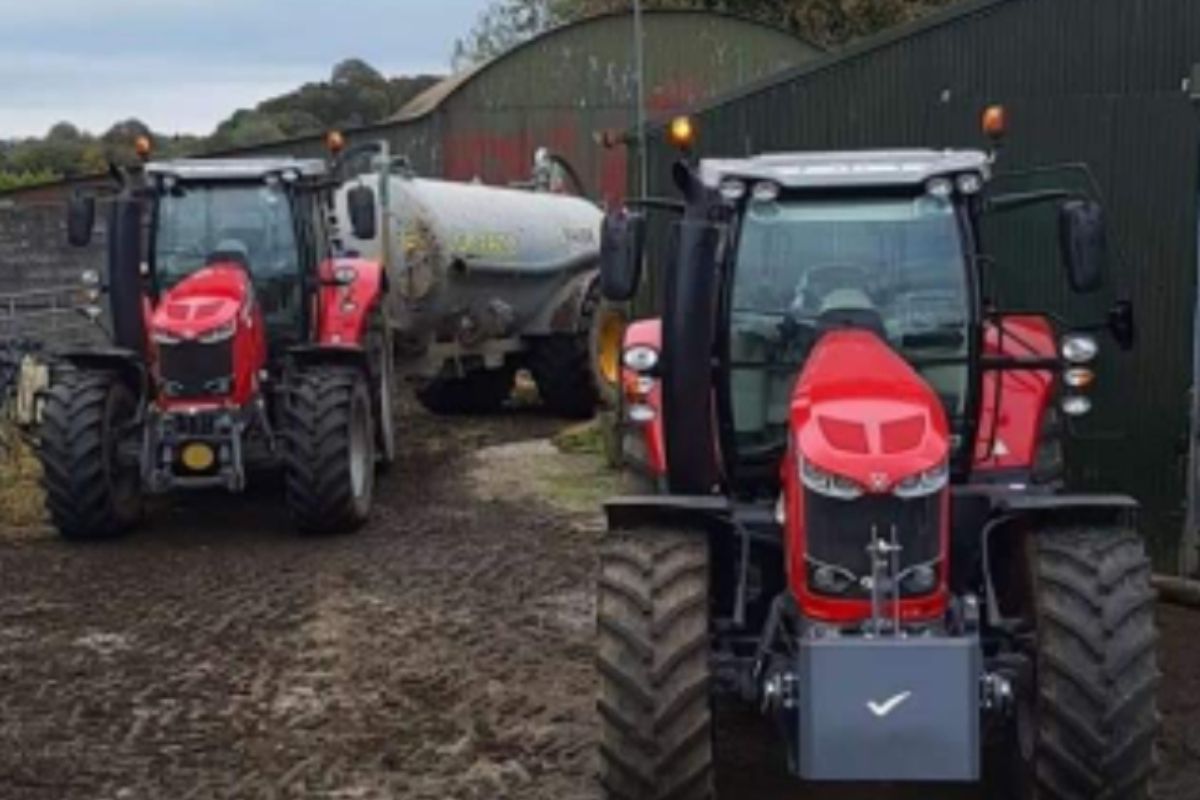 Don will continue to upgrade his machinery but currently has no plans for investment in the area. However, he noted that the family dairy farm accounts as a second income.

“I am a little bit fearful the way diesel and with all the emissions. Hopefully, milk prices stick, and the beef farmer gets a chance too.”

“We depend on the people getting well paid for their product. If milk is not good or beef is not good, people are not going to be able to throw money around to get work done.”

“At the same time, we were lucky to get the first couple of weeks of June dry. If we had not dry weather, crops would have been awful heavy.”
“They were heavy but had they run on another week or two, they would have been a disaster,” the owner of Scally Agri Contractors concluded.