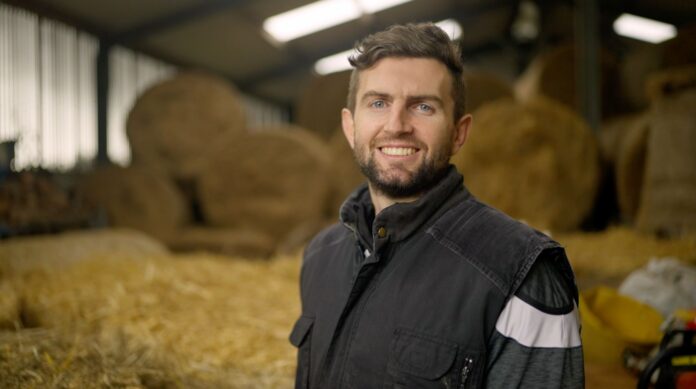 Part-time farmer, pharmacist and construction worker, Robert Murphy, is “single and has always been ready to mingle, but it just necessarily has not worked out”.

The 32-year-old West Cork native is one of six singletons hoping to find a suitable match in the newest dating series to hit RTÉ1, Love in the Country.

The series is based on the Fremantle Media reality show Farmer Wants a Wife but features an array of rural (including farmers) singletons looking for love.

In Robert’s experience, “anyone working in rural Ireland finds it quite difficult to meet someone”.

“A lot of the girls have moved away to the big cities, and it does not appeal to them as much.”

He suggests that “maybe a girl who has lived in the city her whole life might enjoy moving to rural Ireland”.

“A lot of girls haven’t even seen a cow, so if you bring them down [to west Cork], they might take to it,” he laughs.

He says he lacks dating experience more so because of geographical issues as opposed to personality traits.

However, he admits that his work commitments can be “quite unsocial,” and he may have to shake up his schedule.

“If I do meet the right person, I will have to detract those hours back, so I can spend more time with her,” he reveals.

He reveals that he has been told he is “very easygoing, has good personality traits and a good heart”.

“The goal is to settle down. Everyone says the right woman is out there. I do not have a particular style as such.”

He describes an ideal match as “a girl that is easygoing, who does not mind getting her hands dirty a bit”.

“I enjoy having an assistant on the farm, depending on what I am doing,” he concludes.

The producers of the show are now on the search for the singleton’s perfect match.

If interested in dating one of them, fill in the contact form or email – [email protected] – and one of the team will be in touch.

Filming is due to take place in early January.

In a previous part of this segment, we featured Alanagh Loftus, whose dating profile you can read in this article.