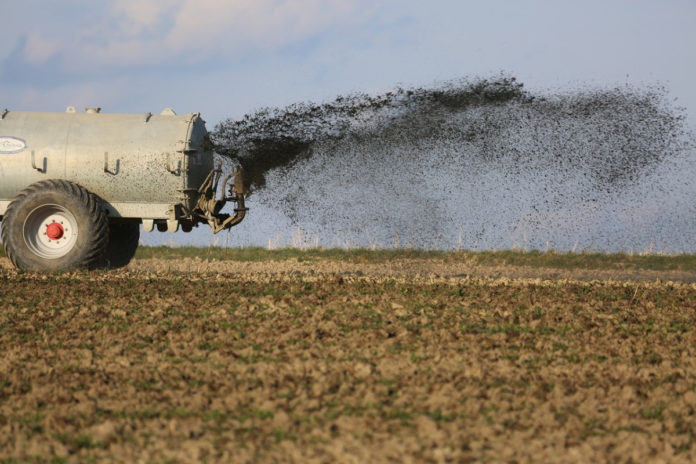 A recent report from the Environmental Protection Agency (EPA) has revealed that Ireland’s ammonia emissions continues to rise and exceed EU limits.

In their most recent report, ammonia emissions were found to have increased each year from 2016-2018 and the EPA stated that this was driven by the expansion of the agricultural sector.

They stated that agriculture dominates emissions of ammonia, accounting for 99% of the total emissions, which arises from animal manures and nitrogen fertilisers.

While the rate of increase has slowed over these years, Ireland is non-compliant with binding EU limits for ammonia over the period.

Dr Eimear Cotter, Director of Office of Environmental Sustainability said: “Ammonia emissions need to be addressed as a matter of urgency. The underlying drivers are the use of animal manure and nitrogen fertilisers which can be reduced through widespread adoption of on-farm measures.”

Ammonia (NH3) emissions are associated with acid deposition and the formation of secondary particulate matter.

The EPA revealed that grasslands receive the bulk of the 45 million tonnes (Mt) of animal manures (equivalent to 502,303 tonnes of nitrogen) produced annually in Ireland, along with nitrogen fertilisers which amounted to 408,500 tonnes (as nutrient nitrogen) in 2018. A proportion of the nitrogen in these inputs is volatilised into the air as ammonia.

According to the report, the increase in 2018 was primarily as a result of a 2.7 per cent increase in the dairy herd and a 10.7 per cent (39,400 tonnes) increase in synthetic fertiliser nitrogen use.

They also revealed that Ireland is projected to continue to be noncompliant with the NH3 ceiling for the entire compliance period to 2030.

“Widespread adoption of on-farm measures aimed at reducing emissions, such as the use of protected urea fertilisers and low emissions slurry spreading, are now required to reverse this trend.”

- Advertisement -
Previous article‘Marts should be allowed to operate to a 1-metre social distance’
Next articleWeather: Will grass be knocked this week?