That's FarmingThat\'s Farming Irelands Largest Farming News, Properties and Classifieds Network
HomeBeefMart ringsides: ‘We will not rule out a return in June’ 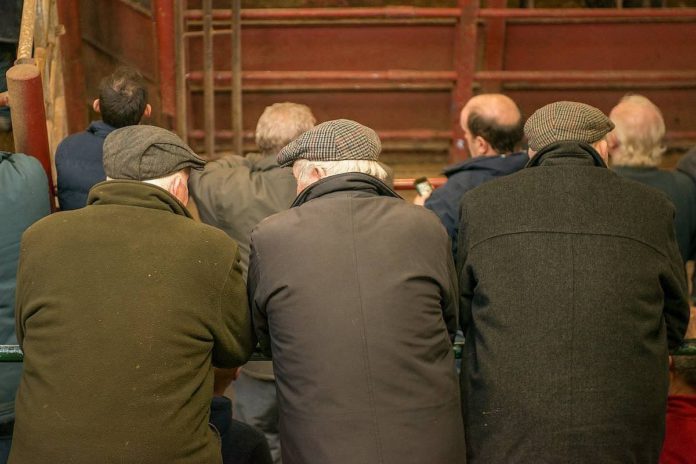 Mart ringsides: ‘We will not rule out a return in June’

The return of ringside buyers at livestock marts was top of the agenda at the Mart Managers of Ireland’s meeting with the Minister for Agriculture, Food and the Marine, Charlie McConalogue, yesterday (Wednesday, April 28th).

According to Eimear McGuinness, chairperson of Mart Managers of Ireland, attendees discussed various issues within the mart sector during the virtual exchange.

In a statement to That’s Farming, following the meeting, McGuinness said: “We were informed that unfortunately that they do not foresee a return to the ringside in May, but we will not rule out a return in June.”

“They felt that marts have continued to operate relatively well throughout the pandemic, and they were very thankful to all the marts for their tremendous work in accommodating this.”

“We did stress to the minister that while we have been very fortunate with the online systems, there are other issues at play which necessitate a return to ringside buying and selling as soon as possible.”

Other items on the agenda included grants for livestock marts and the introduction of electronic tagging for cattle and systems, which, according to McGuinness, “will need to be installed in marts”.

“The case for the loss of the quality assurance bonus on beef cattle being presented at marts for sale was also discussed in detail. This will be followed up with Bord Bia and the Beef Market Taskforce.”

“Exports to Northern Ireland and Great Britain were discussed, the testing requirements and residency periods required. While there was no immediate solution offered for either, all our points were explained in detail to the minister.”

“It was great for the minister to meet mart managers from all parts of the country and get an understanding for the difficulties marts face, which was the main purpose of the meeting today. I would like to thank him and his officials for attending,” McGuinness concluded.

- Advertisement -
Previous article
VIDEO: ‘Silage 2021’ is a go!
Next article
Planning for the future: Have you protected your farm and assets?