The renowned Rathnashan Simmental herd will hold its first online sale of elite females and young bulls next month.

Thirteen entries (eleven heifers and two bulls) will be offered for sale on no reserve terms from the opening bid on Saturday, November 14th, 2020.

All lots from the Tullow, Co. Carlow-based farm will be vet-checked, tested for IBR, BVD, Lepto, Johnes and Neospora and export-tested. Dams have also tested negative for Johnes.

The online auction will take place between 1 pm to 5 pm with each sale lot allocated its own selling timeframe. The sale is held in conjunction with Pedigree Sales Online and the herd’s selling platform.

On-farm viewings can be arranged ahead of the sale date in line with Covid-19 restrictions.

‘The best group of females we have produced to date’

Speaking to That’s Farming, Nigel Hogan, who farms alongside his father, Patrick and fiancée, Vicki, said: “We believe here at Rathnashan that the animals being offered for sale are the best group of females we have produced to date.”

“This was our main reason behind having our draft sale, as we wanted to sell an exceptional bunch of animals that will hopefully go on to breed many champions for their new owners, and give them as much fun as they have given us.”

“We get as much, if not more, sense of achievement seeing our cattle doing well for others as we do our own.”

“2019 was a sensational year for us in the show ring winning four out of the five possible national titles with Rathnashan Kellogg’s P ET, Klum ET, Livia and Rathnashan Leonardo ET at Strokestown Show,” Nigel added. 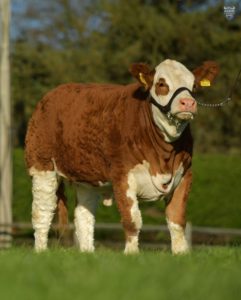 Rathnashan Simmentals was established in 2011, with the purchase of Cruithill Breda, whose first daughter by Hillcrest Butcher was exported to Stephen Miller, Northern Ireland.

Shortly after purchasing Breda, they acquired Curaheen Dancer from the late David Wall, who has left her mark on the herd.

Dancer’s first son, Rathnashan Freddy ET, was tapped out as male champion at Tullamore Show at just 9-months-old and was later sold to Scotland.

“Daughters of Dancer are now making a serious influence on the herd including Rahnashan Heidi ET, who was a very successful show heifer herself.”

“Her first two sons won their national titles last year and were both sold to the Corskie herd in Scotland.”

Both daughters and granddaughters of Dancer are catalogued for the upcoming sale. These include lot 7, a direct Dancer daughter, who is the first, and possibly last Dancer daughter to be offered for sale, and lot 8, a “very square daughter of Heidi’s with a huge pelvic”. 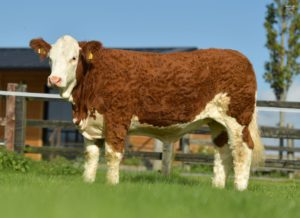 A couple of years later, they purchased Seafort Cara from James Costello at this draft sale in Roscommon, with her bull calf Seafort Gill at foot. He was sold to Bova AI before venturing to Tateetra and Rathmore Farms.

Cara was also carrying another Auroch Bullet-sired calf at the time, named Rathnashan Hunzo, who was national champion at Strokestown Show, reserve male champion at Tullamore, and junior champion at the Roscommon, selling for €6,400.

Another daughter, Rathnashan Kit Kat, was then shown successfully and exported to Gareth Wilson, Northern Ireland.

Three direct daughters, lot 4,9,13, will be offered at the sale. “Lot 4 is an extraordinary lady, and, in our opinion, is one of the best heifers we have bred to date.”

She is sired by the sought-after Lamhoj Supery P, one of very few Supery P daughters, that has been offered for sale. 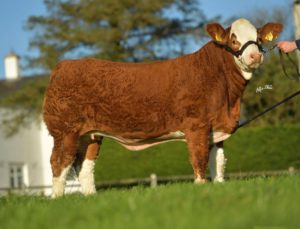 To grow the herd, they secured four other cows with calves at foot privately from James Costello of the Seafort herd.

Seafort Cheryl, whose first son was exported to Northern Ireland, and her second son made the journey to the Luxton herd in England.

“Unfortunately, we lost Cheryl this year, but an exceptional son, lot one will be offered for sale. This is the last opportunity to purchase a son from a super well-made breeding cow.”

Seafort Beverly was the Hogan’s next purchase, and she has been an “outstanding and consistent breeder”.

All four sons born at Rathnashan have been sold to pedigree breeders in the UK, including Kilbride Farm, Rockytop, Corskie and Copper Mill herds.

A son, lot two and two daughters, lot 5 and lot 11 are available to purchase. “Lot 5 is an exceptional daughter, and a readymade show heifer for next year, and a real cow maker from such a consistent line.” 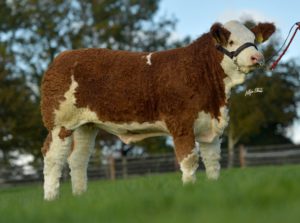 Another high-end Seafort cow purchased was Seafort Empress, who has had three daughters at Rathanshan.

The first was Kiwi, class winner at Tullamore Show and reserve national champion, who was snapped up by the Crossan herd.

Another daughter, Livia, was class winner at Tullamore and was crowned national champion. “Her third daughter, lot 6 in the sale, is an exceptional daughter of our new stock bull, Heathbrow Himalaya.”

“We believe this is Empress’s best daughter to date and will make a really exciting show heifer for next year.” 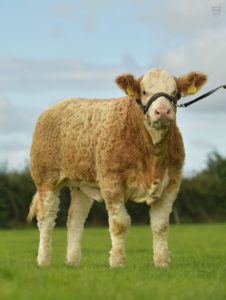 Seafort Harper P is the last female they have acquired from the Seafort herd. She was bought as an in-calf heifer, and her first daughter, Little Harper P, was sold to the Backmuir herd earlier this year.

“A daughter of Harper P, Lot 12, the youngest heifer in the sale, is again another very stylish heifer who is sure to make a real tank of a cow just like her dam,” Nigel added.

To view a catalogue or to register for the auction, click here. 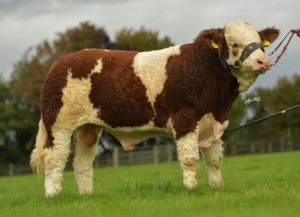