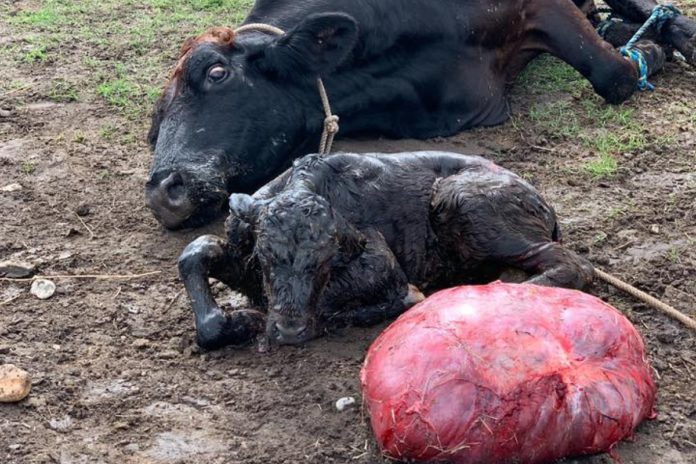 Results: Remember the cow with the large tumour?

Last week, we highlighted a case, which a vet in the US was presented with, whereby a cow delivered a tumour that was almost the same size as her new-born heifer calf.

The vet, from South Texas Large Animal Mobile Veterinary Services, PLLC, estimated that the tumour, which “filled the bottom of a molasses tub,” weighed just over 22kgs.

He sent a sample to a veterinary laboratory and the result was a leiomyoma (spindle cell tumour), as he suspected.

“A benign tumour means it’s got less of a chance of metastasizing to other parts of the body.” he explained to a Facebook user.

“This tumour was pedunculated (on a string) so it’s likely that the entire tumour was removed, but as with any cancer, it’s a wait and see.”

“Discussed with the owner and we are going to let her rebreed and monitor.” the vet added.

- Advertisement -
Previous articleWhat are the benefits of grazed grass?
Next articleVIDEO: Turning cattle out to grass