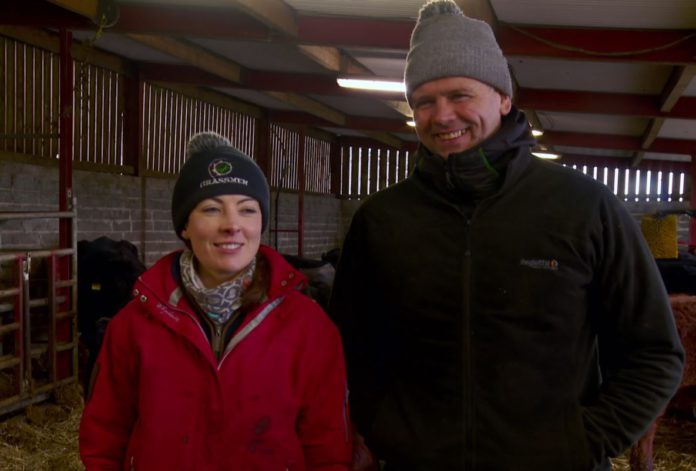 Five new farm families – including some familiar faces from previous series – will feature in tonight’s episode of Rare Breed – A Farming Year.

Fourteen families in total from across Northern Ireland will give us an inside view “of the ups and downs” of their year in 2021.

Rare Breed “takes viewers into the heart of the farming world, giving a unique insight into one of Northern Ireland’s largest and oldest industries”.

The second episode kicks off with 34-year-old Alastair Crown, who farms in the shadow of Binevenagh mountain, near Limavady.

In 2012, Alastair ditched a career in IT to start pig farming and now produces cold meats and deli products.

In February, Alastair is checking on how his pigs are faring in the icy winter weather.

They have built a quality Dexter cattle herd alongside a sheep enterprise of cross-bred ewes.

In February, they are scanning sheep to find out how busy they will be at lambing season.

Near Cloon in Donegal, Jamie Rankin is a third-generation farmer. He works several hundred acres that straddle the border between counties Londonderry and Donegal.

In February, Jamie is grading his premium potatoes that are sold to supermarkets and in more normal times – restaurants and hotels.

Near Comber in Down, Trevor Gabbie is a supplier of young plants to growers across the island of Ireland.

He is passionate about what he does, producing more than 50 million seedlings a year.

Trevor has an encyclopaedic knowledge of everything there is to know about seeds and vegetables.

Finally, we revisit The McKeevers from a previous Rare Breed series, who are renowned apple farmers from outside Portadown in Armagh.

They produce a range of products from their apples such as cider and juices.

It is a family business and in February Pat, son Peter, and grandson, Ryan, are busy inspecting and pruning their trees.