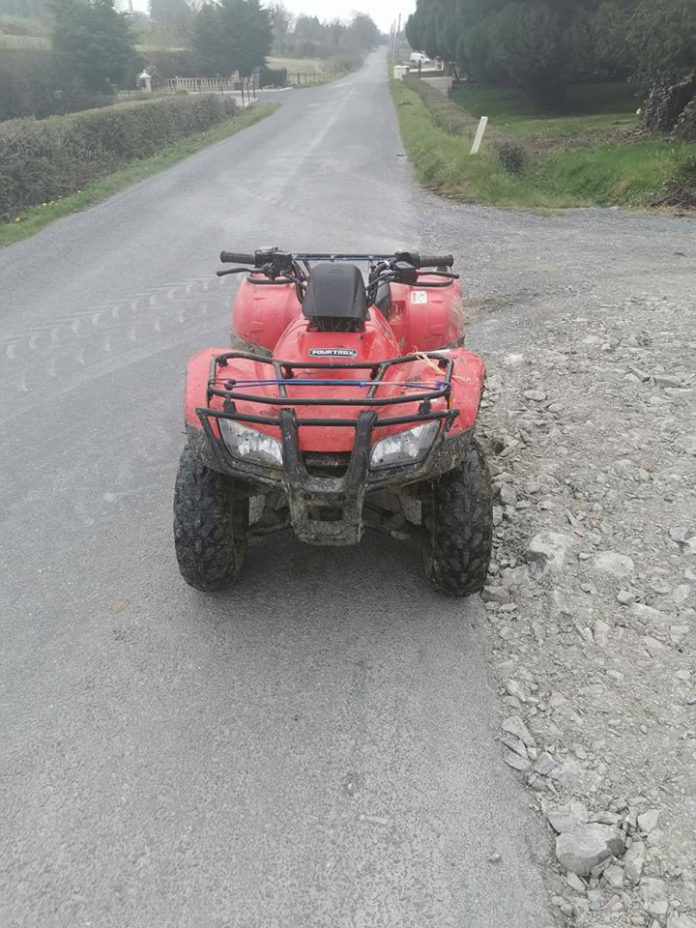 Gardaí seized a quad being driven on a public road in recent days.

The detection was made by Cavan Gardaí who were carrying out Covid-19 patrols in the Arva area.

In a statement, a Garda spokesperson said: “Neither the driver or young pillion passenger were wearing helmets.”

“The quad was not registered or insured to be travelling on the public road and was subsequently detained under the Road Traffic Act.”

Cavan Roads Policing Unit was also patrolling and detected a van on the Cavan bypass travelling at 126 kph in a 100 kp zone.

“The driver initially gave a false name and address, but his true identity was soon established.”

“It turned out that the driver is currently disqualified from driving and was, therefore, driving without insurance.”

“This vehicle was also detained – Court to follow in both cases.” the Garda spokesperson concluded.