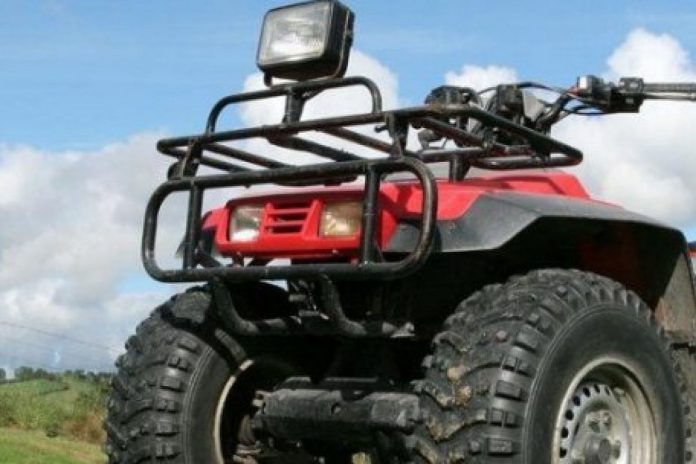 A bill, which will deal with the “menace” of anti-social use of scramblers, quad bikes, and other similar machines, is before the Dáil.

The Road Traffic and Roads Bill 2021 will seek to strengthen An Garda Síochána’s powers when dealing with the illegal use of scramblers and quad bikes, including the explicit seizing.

During a recent Dáil debate, several TDs highlighted concerns relating to the misuse of quads and scramblers.

Sinn Féin’s Darren O’Rourke said the party has “consistently called” for action and legislative reform to tackle the “dangerous and illegal” use of these bikes.

He said his colleagues, deputies Ellis, Munster, and Paul Donnelly, brought forward legislation in this Dáil and the previous Dáil to regulate this area.

“Unfortunately, successive governments have sat on their hands while communities continue to be tormented by their use,” he claimed.

He told the house the misuse of scramblers and quad bikes in parks and public spaces, particularly in urban communities, is a “significant” problem.

“Many people feel frightened, unsafe, and intimidated by the rogue use of these scrambler bikes in public areas, which should be shared spaces for everyone to enjoy safely.”

“In addition, there have been very serious incidents, including relatively recently.”

His colleague, deputy Ruairi Ó’ Murchú, said that “we cannot necessarily rely on good manners; that is why we legislate”.

Fianna Fáil’s Cathal Crowe referenced a campaign his college, deputy McAuliffe, led to “fight back against the improper use” of scrambler and quad bikes.

“I come from a rural constituency. Quad bikes belong on farms. They would be used by farmers, for example, when they are putting down electric fences to keep their sheep penned in.”

“Also, they do not belong in the green areas of housing estates where people use them as if they were in the wild west and do all sorts of stunts on them.”

“They are dangerous. Many farmers have opted not to use them. Suddenly, 14-year-olds are thinking this is the Wild West and that quad bikes are their horse, and they can take them wherever they want.”

“It is welcome that we are moving along towards the legislative route to regulate those also.”

High risk of collisions at speed

The Labour Party’s Seán Sherlock told the house that Garda authorities have indicated that the use of quad bikes and scramblers by minors and youths in public parks has proven “difficult” to deal with from an enforcement perspective.

“Members of An Garda Síochána are instructed not to pursue youths on quad bikes, scramblers and so on, owing to the inherent safety risk in pursuing these vehicles.”

“If such pursuits were to take place, there would be a high risk of them ending in collisions at speed, resulting in serious injury or death.”

“As a result, bringing these vehicles to a stop is challenging. We welcome any attempts to stamp out that scourge via legislation. That is to be welcomed in the Bill.”

“We hope the Minister of State will offer some clarity. However, in respect of the practicality of stopping young offenders on dangerous vehicles.”

“The problem surrounding the misuse of quad bikes and scramblers has become more and more prevalent in the past five years.”

“In the past few years, there have been some particularly tragic ends for individuals using these vehicles,” he added.