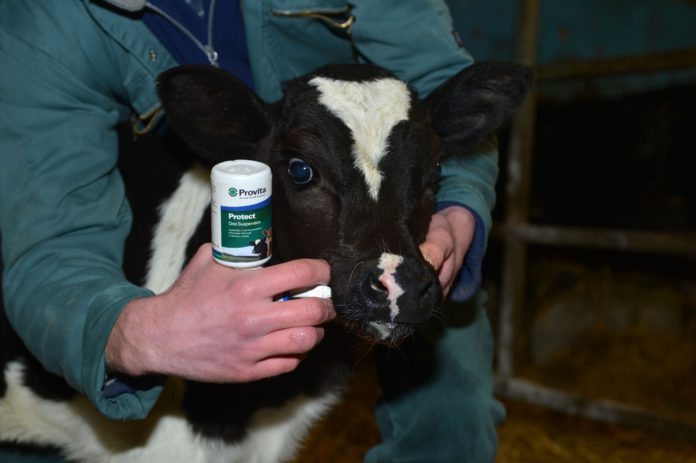 Prevention of scour is much better and less expensive than cure

Boosting the general immune system, together with avoidance of calf scour and pneumonia, are of paramount importance to avoid negative financial impact.

To ensure maximum weights at weaning, two calf hood diseases must be avoided at all costs – namely, calf scour and calf pneumonia.

Waiting until calf scour has occurred is too late, and there may be an antibiotic resistance problem in treatment anyway.

The advice is to get in early with a healthy holistic product like a proven probiotic to help the animal to help itself, by providing gut health and maximum immune protection. Luckily, there is a proven and authorised product that will do this.

Provita Protect is the only proven probiotic licensed by the registration authorities for the prevention of calf scours.

In other words, Provita Protect, uniquely, is a proven animal probiotic product and is clearly set apart from most other probiotics in the veterinary marketplace. Protect probiotic has been shown in field trials to be as effective as antibiotics in preventing calf scour.

Protect was shown to result in 83% reduction in scour incidence in treated calves. In addition, there was far less respiratory disease in Protect-treated calves, which declined by 50%.  This was, undoubtedly, due to improved immune function. 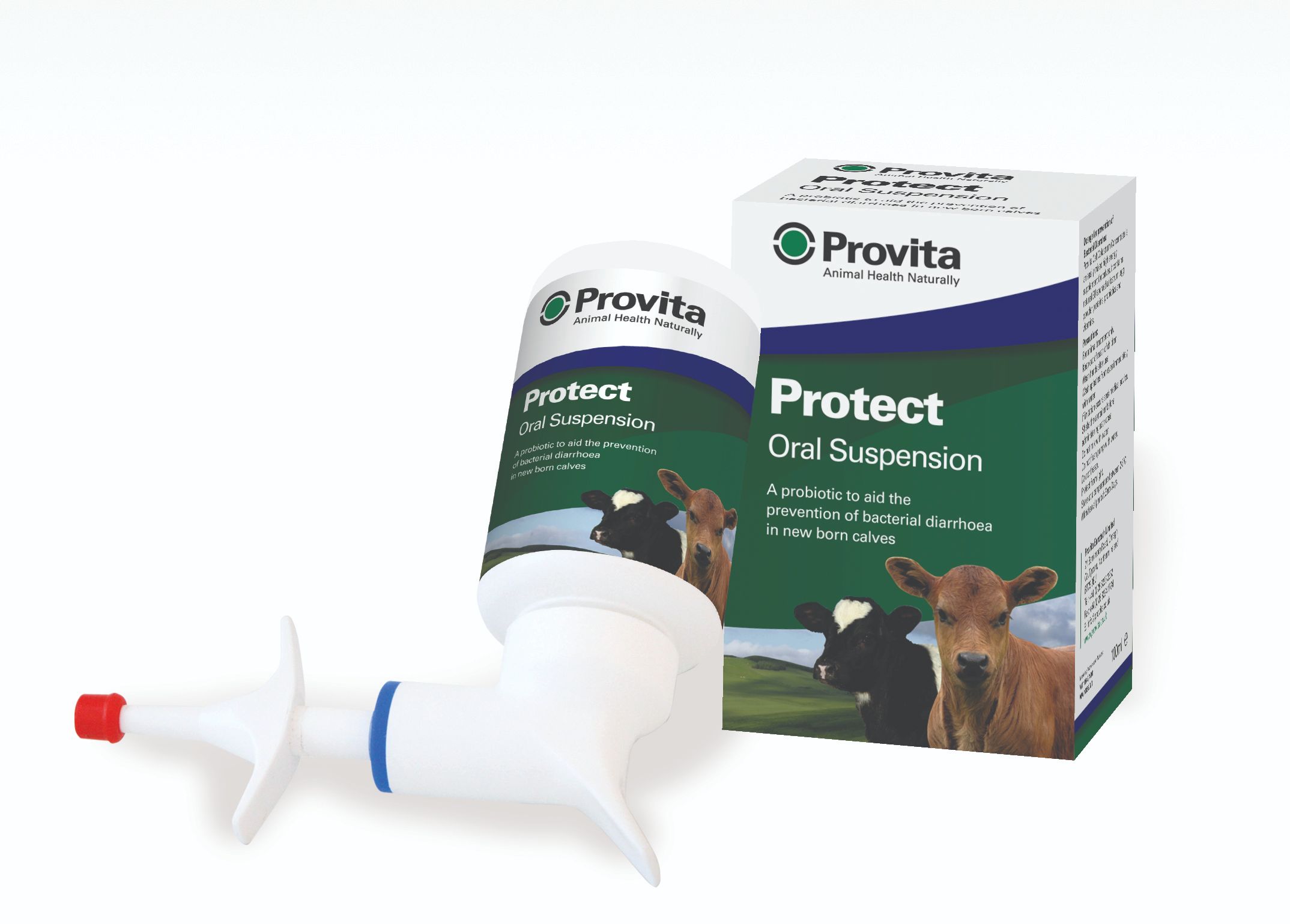 Provita Protect is an oral supplement that infuses commensal bacteria into the gut to populate it with beneficial bacteria and essentially crowd out the pathogens.

Probiotics are a source of beneficial bacteria which populate the gut of calves, thereby crowding out and displacing pathogens such as E. coli.

These probiotics also have antitoxin effects as well as preventing the binding of E. coli pathogens to the wall of the gut.  Thus, given shortly after birth, Provita protect will ensure a healthy gut which repels infection.

In addition to maintaining a healthy gut, probiotics have another very important effect.  Recent science has now shown that there is ‘cross-talk’ between the gut, lungs, and immunity.

It is now known that a healthy gut, or microbiome, not only governs gut health, but it also governs immunity.

The commensal bacteria of the gut act as an immune signalling system to the other body compartments, thereby protecting them (e.g. the respiratory system).

An extra layer of immunity for calves

This recent research has far-reaching positive ramifications for calf health when probiotics such as Provita Protect are used.

This was evidenced in Provita Protect field trials where not only did the treated calves have less calf scour, but they also had a lower incidence of calf pneumonia.

What’s interesting here is that even in young calves that receive adequate colostrum, the passively acquired immunity antibodies deplete over a few days.

So, by using Provita Protect, an extra layer of immunity kicks in and covers the immunity gap in the calf shortly after birth, thus protecting it from future disease.

Be ready with best Response for calves

Provita Animal Health has also developed Response range for calves, for use up to age 12 weeks, which includes Response paste 15g and 35g, Response capsules and Response powder.

The energy sources are instant and slow-release kick-starting the new-born’s metabolism and getting it up and sucking quickly.

The beneficial bacteria help to physically exclude harmful bacteria from attaching to the gut walls to help protect calves against the most common pathogens found on-farm and improves digestion.

The Response range has been enhanced with high levels of vitamins required in the new-born to help counter common deficiencies.

The range can be used at birth, for bought-in calves and during times of stress or high challenge, for example, multiple or difficult calvings. 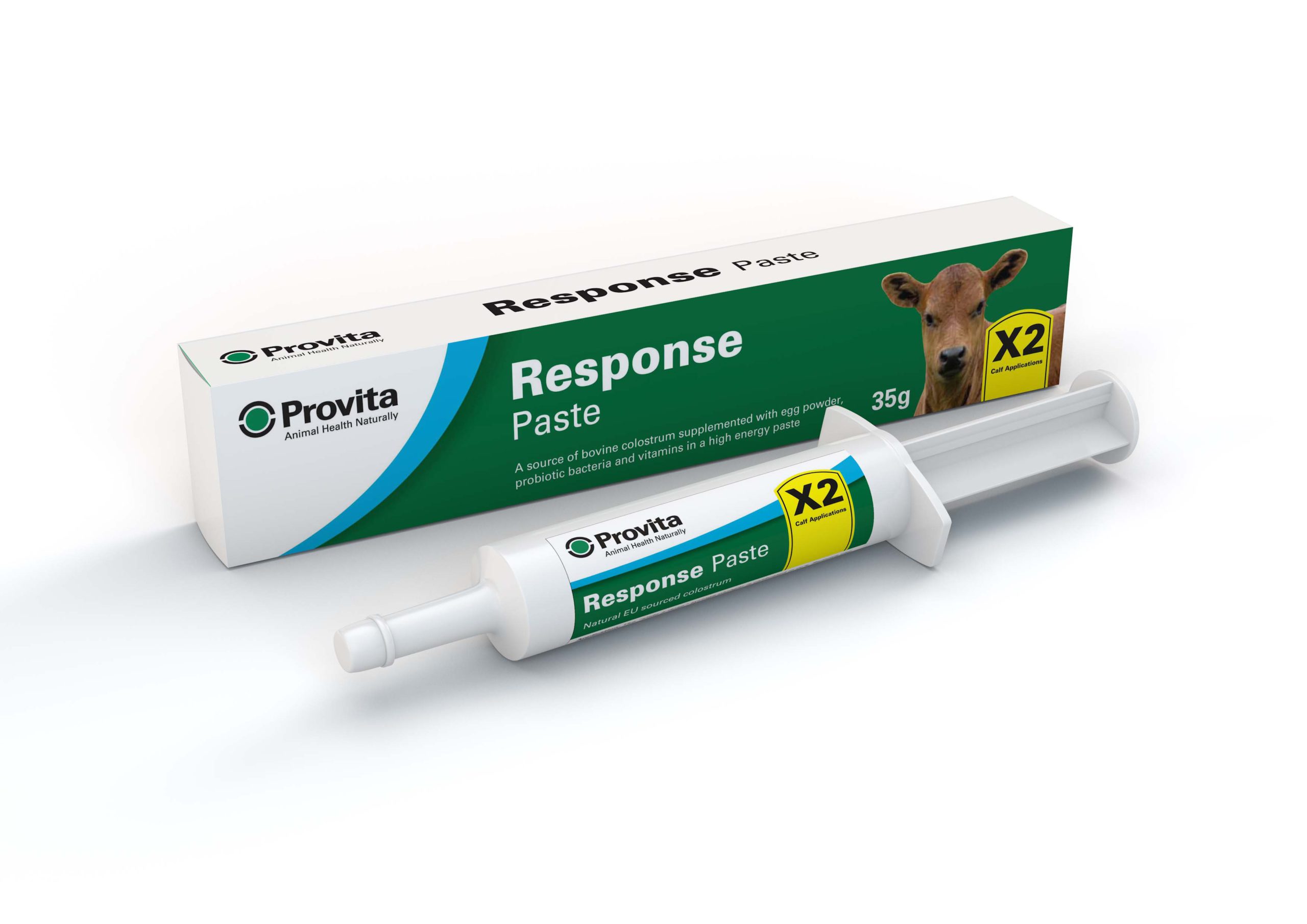 Some farmer feedback on Response paste:

“We use it for bought-in calves we ensure that they all receive Response Paste as they tend to be slower to drink. I swear by Provita Response Paste. We have tried other products, but none proved as effective.”

“Now, we use it to give our calves a boost after scours, in stressful times like weaning and as an insurance policy to ensure that our calf survival rate is as high as possible.”

“We require a product to counteract common deficiencies that can cause calf scour.  We have learned the hard way by losing two valuable calves when we switched to a different paste. Now, we insist on Provita Response paste.”