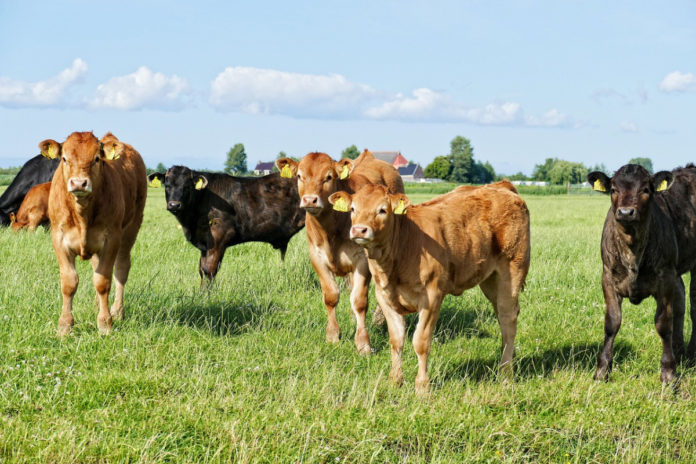 VIDEO: ‘Prevention is better than cure’ for clostridial diseases

Clostridial diseases are caused by bacteria usually found in the soil, forming spores that cattle will ingest.

These spores then settle in muscle tissue and various organs throughout the body and lie dormant for quite some time.

The most common form of clostridial disease in Ireland is blackleg. This disease usually affects young growing cattle between 6 months and 2 years of age.

In this video, Niamh Field, Teagasc Animal Health Research Officer in Moorepark, explains how the bacteria affect an animal.

“The spores that they have ingested are lying dormant in their muscles. If some animals get a kick or some other form of trauma where the spores are there is a chance that they will activate and begin to germinate, releasing a huge amount of toxins into the area.”

“This is usually fatal for the animal and, in most cases, you find the animal dead in the field. If they are still alive, they will have a high fever, be severely lame on the affected leg and in a lot of pain.”

“If you find an animal in this state, call your vet who will usually prescribe penicillin antibiotics but in a lot of cases the animal usually dies.”

‘Prevention is better than cure’

Prevention is better than cure according to Field, who says there are numerous vaccinations that will protect against clostridial bacteria on the market.

Some will protect solely against blackleg while others will protect against numerous strains of the bacteria.

“The best way to decide what is best for your arm is to discuss this with your vet and they will take into account the history of your farm, particularly if you have cases of blackleg in the past it would be a good idea to vaccinate your youngstock prior to turnout.”

Older cattle, in general, are less likely to get blackleg. The Teagasc Research Officer says this is probably because of a build-up in immunity over time.