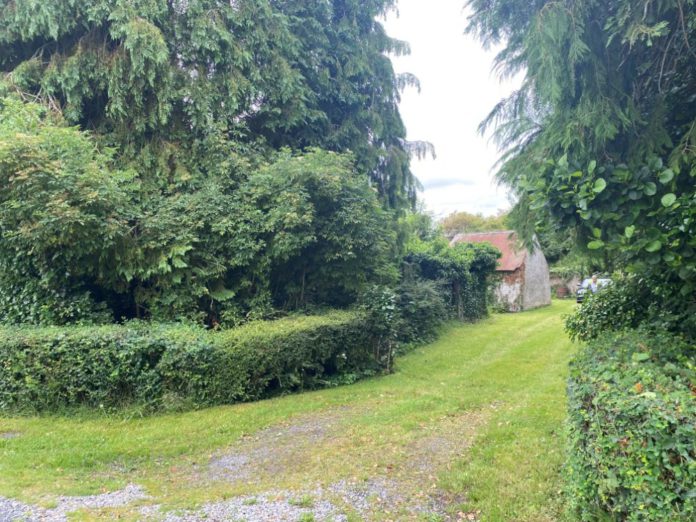 A derelict cottage on 6.2-acres in Kildare sold for €82,500 more than its guide price when it went for auction this week.

As featured by That’s Farming, Jordan Auctioneers guided the property in Newtown, Donore, Caragh, Naas, at €220,000.

According to the auctioneer, Clive Kavanagh, the property achieved a figure of €302,500, which was “an excellent result”.

With seven registered bidders, the property opened on LSL Auctions’ platform at €200,000, before Kavanagh placed it on the market at €240,000, with “two parties eventually fighting it out before the hammer fell”.

“The cottage itself was derelict but ideal for replacement subject to obtaining the necessary planning permission. The land was in four divisions, all in grass, with superb natural hedgerows and mature trees.”

A circa 49-acre roadside holding in Wexford exceeded its price guide by €195,000 at auction earlier this week.

David Quinn of Quinn Property guided the holding in Slad, Tagoat, Rosslare, at €495,000 before the auction on Tuesday, September 21st, 2021.

That’s Farming featured the property, which saw almost ten registered bidders in the days leading up to the auction.

The property firm offered the holding for sale in the following lots in conjunction with LSL Auctions:

David Quinn commented on the “extraordinary depth of demand for agricultural land in South Wexford and indeed across the region”.

There are several genuinely disappointed underbidders that will be eagerly awaiting the launch of similar properties,” he commented.

- Advertisement -
Previous articleFurther £800 for NI farmers in £15.5m BPS boost
Next articleAnti-parasitic medicines: A small group of retail vets want to be in total control

140 maiden heifers with ‘quality, style and power’ for Elphin Mart