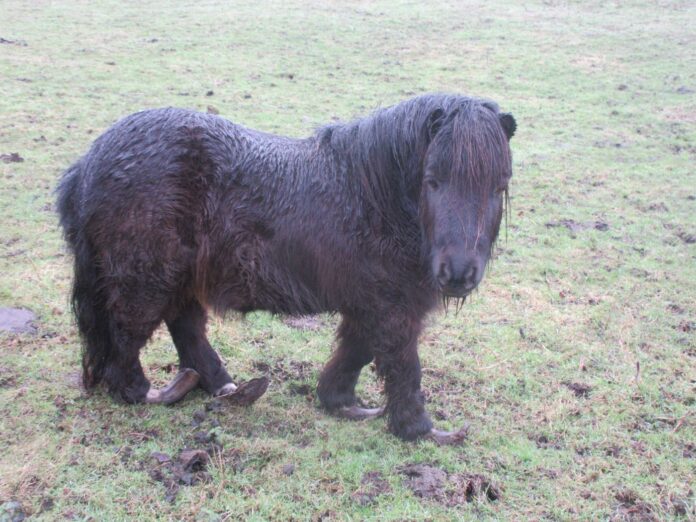 A judge has ordered a pony owner to pay €1,750 in total after he pleaded guilty to animal cruelty.

The case came to light in January 2021 when a black pony was seized with “severely” overgrown hooves from a field near Cloughjourdan, Co Tipperary.

The pony, which rescuers named Nash, was transported to the ISPCA’s National Animal Centre in Longford.

According to the ISPCA, the animal required “urgent” farrier treatment and a veterinary examination.

However, the court heard that he initially claimed that he had “never seen the pony before”.

The following day, the defendant admitted ownership of the pony.

The court heard that he claimed that he had a farrier tend the pony’s hooves every six months. However, he said there had been a delay due to Covid and his farrier being ill.

However, ISPCA care, he received regular farrier treatment and made what the animal welfare charity described as “an excellent recovery”.

“He is now enjoying life in his new home,” a spokesperson for the animal welfare charity said on Friday, February 18th, 2022, following the court case.

“It is sad and unacceptable that Nash had to suffer needlessly due to the lack of basic equine knowledge and understanding of his owners.”

“Thanks to a vigilant member of the public for contacting the ISPCA to highlight this issue, we were able to alleviate his pain and prevent further suffering.”

“Nash now has a far better quality of life in his new home where he is loved and cared for”.

The charity recommends regular hoof trimming by a qualified every six to eight weeks to identify any issues and correct hoof problems.