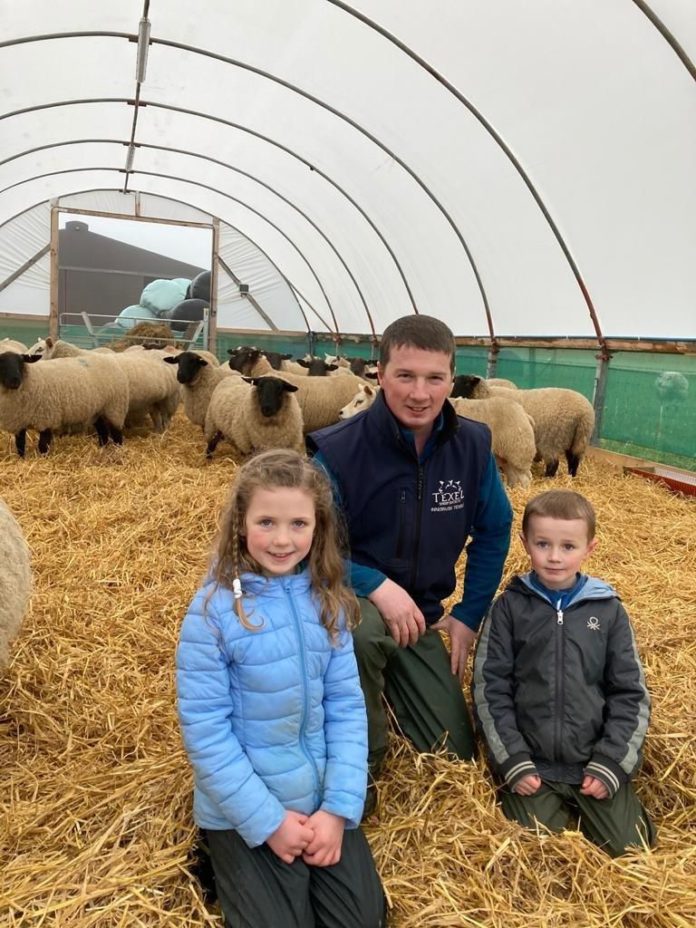 Faced with the dilemma of not having enough winter housing? Consider a polytunnel for housing livestock.

The notion that a polytunnel is a poor man’s livestock house is certainly no longer the case.

Philip Whyte, Portglenone, is one such farmer who erected a polytunnel for winter housing his ewes as his lockdown project.

Philip runs a commercial ewe flock alongside a pedigree Texel flock and also sells Simmental breeding stock from his small pedigree herd. He had access to an old tunnel on a relative’s farm and decided to restore, modify, and re-erect it on his own farm.

Philip was able to do most of the work himself, with the support from his wife and children in the project.

It was not long until his children understood what a socket set was and that the 13, 17 and 19mm spanners, where the three most important tools on site!

Where should a polytunnel be placed?

Choosing the perfect site was key in Philip’s mind when deciding on where to relocate the polytunnel on his farm.

“It is important to choose a sheltered spot, as polytunnels can be prone to damage in strong winds. Try to erect the polytunnel with the gable end facing the prevailing wind so both ends can be opened up to allow wind to flow through and cause less damage.”

Provide enough space around the outside of the tunnel to allow adequate airflow to keep the internal environment healthy, fresh and free from odours for both the farmer and animals.

Also, allow enough space at both ends for ease of cleaning out and an area for storing or loading the used bedding, he added.

Make water and electricity are close by to easily service the polytunnels. Do not position under overhead power lines as large icicles can form in freezing conditions and damage the cover (or even be fatal to animals and people) when they thaw and fall.

The new housing is offering both Philip and his ewes many benefits.

The polytunnels provide much-welcomed light and warmth with improved food conversion rates and a healthier, drier environment, less favourable to many bacteria and fungi growth.

On considering the size of the tunnel required, Stephen advises, “It depends on how many sheep you want to house or what area you have available as a suitable site.”
“Competition for space can contribute to serious health and welfare problems as nutritional and social stresses increase in the run-up to lambing.” 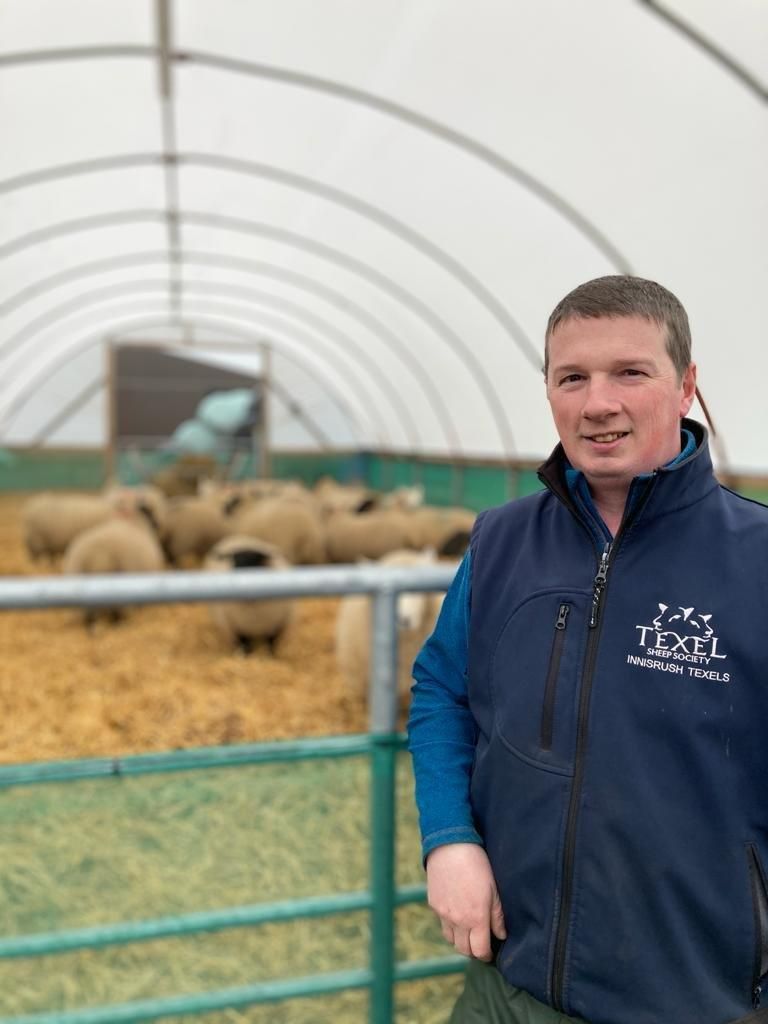 Polytunnels offer a highly versatile addition on the farm. When the lambing season is finished, it can be used as a handling unit, a dry storage area for machinery, fertiliser, feedstuff, or wool.

The tunnel can be used to hold over groups of sheep to help them dry out pre-clipping or post-dipping or when sheep have had their wool dyed pre-sale.

An empty tunnel can be used to rear calves or grow crops and flowers to supply local shops and garden centres, making the polytunnel a truly year-round investment.

Philip shared the costs of his project with his local BDG sheep group members when they met online.

When all costs were taken into account, including the second-hand frame, gates at each end, site preparation, concreting in the hoops, timber, windbreakers, the plastic roof, spouting, sheep wire and additional paid labour the total came to approximately £2,700.

This total, however, does not include the internal fixtures such as gates, hurdles and feeding troughs and hopefully a soon to be fitted lambing camera.

Philip has been able to make this investment in confidence because he benchmarks his business through CAFRE. This provides him with detailed physical and financial figures for his sheep enterprise.

Philip’s lockdown project is now filled with in-lamb ewes, and he is looking forward to lambing in the pleasant environment which the polytunnel now provides.

The dilemma of not having enough winter housing was just one issue addressed by the College of Agriculture, Food and Rural Enterprise (CAFRE) at Business Development Group training events.

The events provide an opportunity for farmers to connect with CAFRE advisers to explore developments for their farm with the aim of improving technical efficiency and profitability of their farm business.