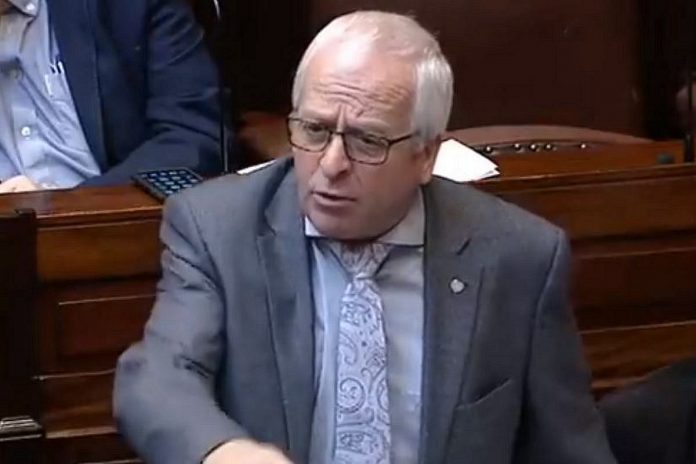 ‘Politics in Ireland simply has to change’ – McGrath

He said that the outcome of the national vote was a “clear and unequivocal rejection by the public of the arrogance and unwillingness of the Fine Gael and Fianna Fail to effectively respond to the core issues affecting the majority of ordinary people’s lives”.

He thanked the people of Tipperary for “renewing” their trust in him.

“I am truly humbled by their confidence and will do everything in my power to honour the mandate they have given me by representing their interests in Dáil Eireann.”

“I also want to thank the amazing work of my entire campaign staff; my campaign manager and daughter, Triona O’Flynn, my wife Margaret and all my family and friends, who have sustained me and supported me and without whom, I simply could not do what I do.”

“They have worked tirelessly, night and day, to canvas the enormous geographical area of Tipperary and to meet the people on my behalf when I could not be there personally.”

“As we go forward from here, I think it is absolutely clear that politics in Ireland simply has to change.”

He believes it must re-engage with the day-to-day priorities of people’s lives especially around health and housing.

“The government, whoever it will be, must listen and act in the people’s interest. It cannot be politics as usual once they have their feet under the Ministerial tables.”

“We must rid our politics of the kind of elite detachment that came to characterise the outgoing government.”

“We must escalate change and bring about genuine improvements in the quality of life of our people. The people are sovereign.”

The last government, McGrath added, ignored that basic political reality by pushing ahead with failed policies, massive over-spends and a culture where accountability was almost “completely absent”.

“The people have now enforced accountability upon them in the most democratic way possible.”

“I look forward to playing an active part in the talks that lie ahead and to advancing the interests of the people of Tipperary.” the Deputy concluded.