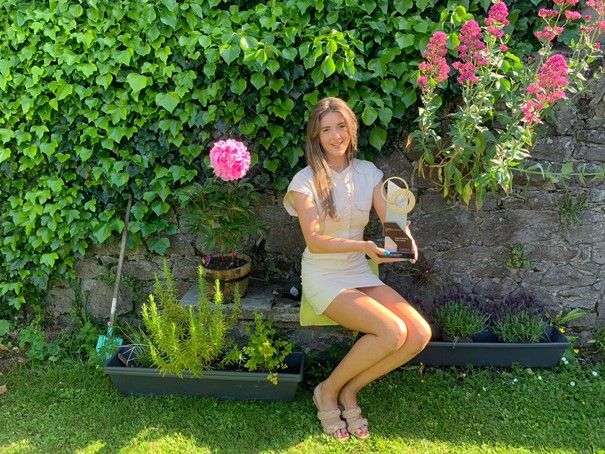 Pitseal has developed a method of making and applying a seaweed-based edible biofilm to replace the current method of covering silage pits.

Marion Cantillon, a recent graduate of BSc. Food Marketing and Entrepreneurship is the brainchild of the innovative business.

She also completed a postgraduate diploma in Nutritional Science, specialising in biofilms in UCC.

Cantillon was later selected as part of the Class of Ignite 2020, an accelerator program, again based in UCC, with whom she got tremendous assistance getting her company off the ground.

Marion, the Kerry FBD Young Dairy Farmer of the Year 2020, explained where the initial idea came from:

“During my final year project in UCC, we looked at the impact edible food packaging was making in retail and how it was reducing single-use plastics.”

“This intrigued me. It was not until I saw firsthand the risks working on farms when my uncle slipped on wet plastic, fell, and broke his leg.”

“He was unable to milk his cows for a month and had to hire in a farm relief worker. He felt sad to be away from his animals even for that short period.”

It was this incident, when linked with her previous knowledge of edible packaging, that led her to consider making a better solution for covering silage pits and help reduce plastic and emissions so farmers “can keep their whole herd going into the future”.

The result was Pitseal, an environmentally friendly alternative that replaces the traditional method of PVC (plastic) sheeting and associated weights such as waste tyres.

“With a unique blend of seaweeds, it has shown to reduce the methane emissions when consumed by the animal.”

“The solution has been trialled on sample pits through last year and is currently undergoing some minor adjustments before being sprayed onto more pits later this season.”

Pitseal currently expects to have an initial commercially viable product for the 2022 season.

The start-up has scooped the Enterprise Ireland high achieving award and €5,000 for an agri-tech solution.

The new graduate is starting a Walsh Scholarship PhD in conjunction with Teagasc and UCC later this year.