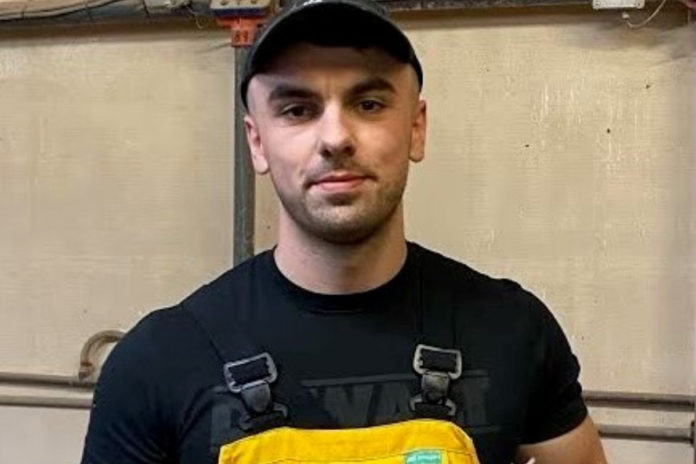 Biopharmaceutical science graduate (24) on returning to his pig farming roots

In this week’s Student Focus, That’s Farming, speaks to Dillon Kiernan, a third-generation pig farmer. He explains how a stint on a Tipperary pig farm after his J1 in New York changed everything. He studied genetics and cell biology, specialising in biopharmaceuticals, but is now undertaking a PhD in sow nutrition.

Throughout school, Dillon Kiernan (24) always had a passion for science and its theories, testing and discoveries.

This led the Ballymachugh, Co Cavan native, to study chemistry, biology and agricultural science for his Leaving Certificate, the latter of which he “immensely enjoyed”.

Despite being a third-generation pig farmer, he “had very little knowledge of farming before taking this subject”.

The family has a substantial pig farming operation with farms in Longford, Westmeath, Offaly, and South Tipperary. They are all farrow to finish farms, but they also rent extra finishing space elsewhere.

His father, Padraig Kiernan, oversees the overall running of the farms with help from farm managers and a general farm manager.

Across all P.Kiernan Farms, they feed sows and weaners on automated wet-feeding systems. The farms differ in feeding systems used for the fatteners, with some farms feeding through wet-dry feeders and others with wet-feeders. Each farm raises its own gilts for breeding through F1 crossbreeding.

The feed is currently bought in and moving towards home mix from multiple sources. The units are of high-health status, with a significant focus on implementing biosecurity measures to reduce the risk of disease.

The performance of the pigs on each farm is carefully monitored through an analytical technology application which allows for the appropriate weekly, monthly, and yearly targets to be set for various aspects on the individual farms. 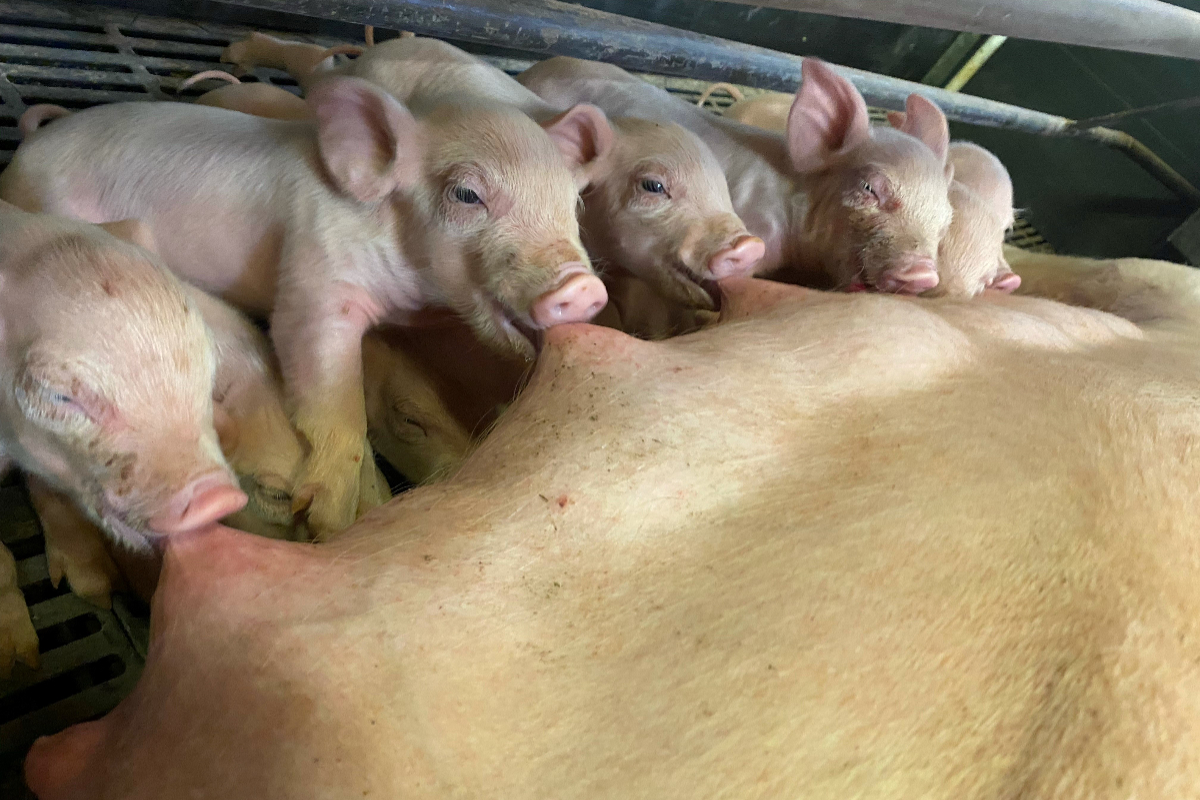 “I come from a pig farming background, with my father being a pig farmer, as was his father before him. Pig farming is a huge part of my father’s family, with many of his family members involved in the industry,” he told That’s Farming.

“As a child, my involvement with general farm work was minimal, for safety and biosecurity reasons.”

“Surprisingly, my knowledge of how pig farms were run was low. I had worked part-time on the farm here and there in different aspects but never had the time to commit full-time.”

“Although when the CAO choices were made, I went with what I had enjoyed through school, a biology-orientated course as I thought this was where I would be happiest.” 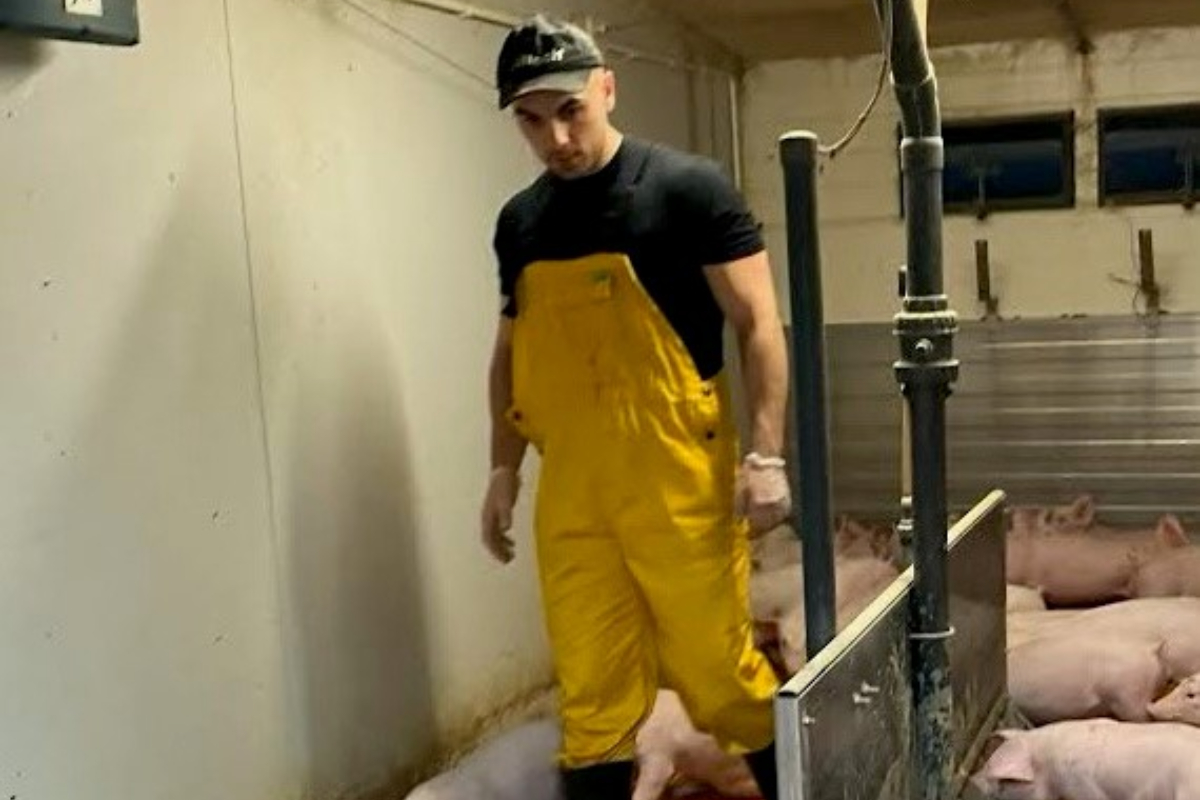 He enrolled in DCU, Dublin, in 2015 after completing his second-level education, where he studied genetics and cell biology, specialising in biopharmaceuticals.

In the third year of his undergraduate, he completed an internship abroad at Ghent University, Belgium. Here, he worked with a research group that studied marine and freshwater ecosystems.

“It was here I developed an interest in the research field. Upon graduating, I travelled to New York on a J1 before returning home and starting work in the pig farms.”

“I worked on the different farms, but it was my work down on the farm in Tipperary that sparked my interest and made me think that this was where I wanted my career to focus.”

“The manager on the farm down there, Aleks, is very open-minded in trying new things. His passion for excellence is something I admire.”

During his time, they tried multiple new systems/techniques to improve the flow of operations on the farm and pig performance.

“I had huge excitement when waiting for results to come in, whether it be improved weights of a batch of pigs or decreased time for a particular job.”

“I woke up ready to get to the farm each day and started to think I wanted more, a more in-depth form of trials and a more scientific one.”

He then began to seek a way to combine his undergraduate studies and his pig experience to forge a new path.

In 2019, he enrolled in the Teagasc Level 5 certificate course on pig husbandry. This course involved attending the Teagasc centre in Portlaoise once a month for over 12 months. However, COVID-19 cut this course short, and he did not get to complete this fully. 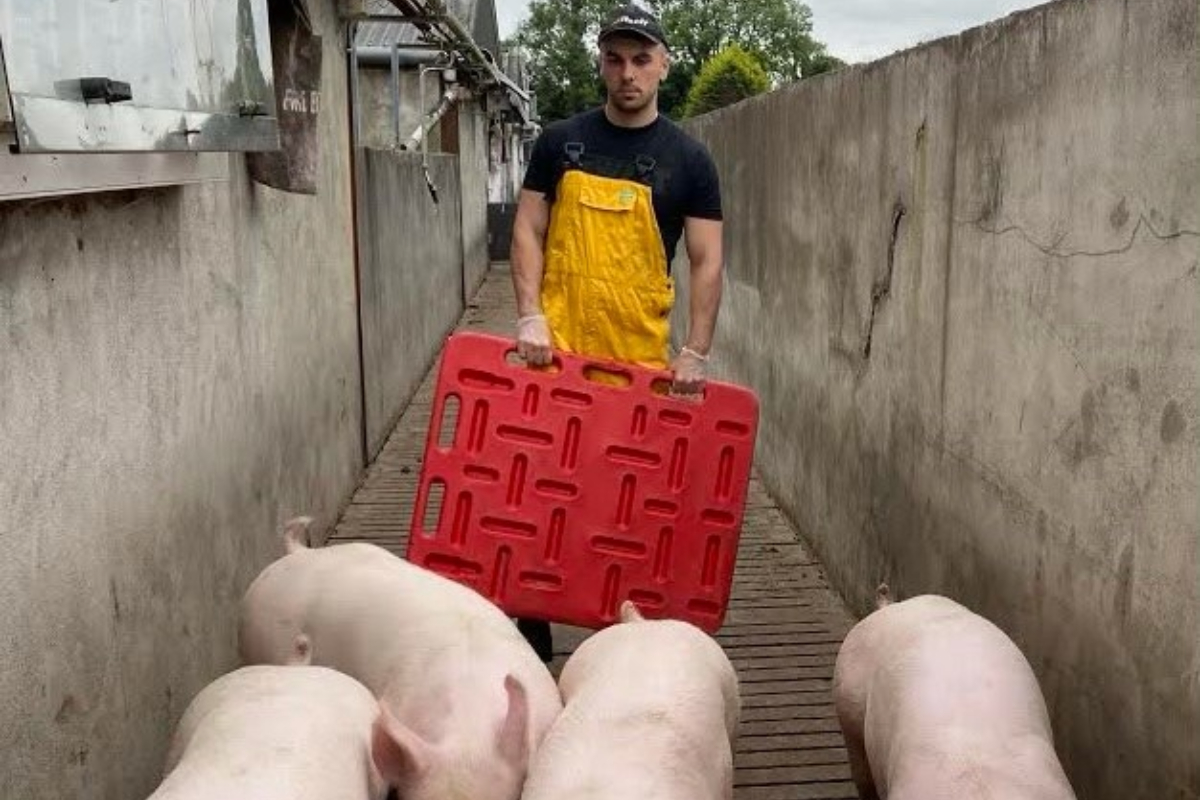 In January of this year, he began a PhD with his chosen title being the management and nutritional strategies for the sow during pregnancy and lactation, in order to improve the health of the offspring.

He is completing his PhD in UCD and will conduct trial work on a sow farm and on UCD Lyons Farm, the university’s research farm in Kildare.

“I am registered in the school of veterinary, and my principal supervisor is Professor Torres Sweeney. The research aims to develop solutions to prevent and manage disease in pigs, reducing the need for antibiotics and help in the hunt for an alternative to zinc oxide, which is set to be banned next year.”

His work will involve a combination of different trials involving maternal nutrition, both during gestation and in lactation, to improve offspring’s health.

“The pig industry is the area of agriculture I am most passionate about. It is a huge part of my life, whether it is in UCD carrying out my research or at home talking to my dad.”

“For me, the most enjoyable aspect of pig farming may also be one of the most challenging. Very minor details, or so-called minor details, can have a huge impact on a pig’s performance, health, and happiness.”

His future and the sector’s

“My plans after my PhD are unclear; with over three years left to complete it, I am very much focused on it. Hopefully, the right opportunity arises for me towards the end of my research.”

“Identifying the field you would like to be in and making contact with influential people in this field, whether it be on LinkedIn or Twitter, can only bring good things.

Removal of medicinal levels of zinc oxide from feed

In terms of pig farming, he stated that removing medicinal levels of zinc oxide from feed in June 2022 is a “slight worry for farmers as there is no clear replacement”.

“Instead of a singular replacement, the alternative looks set to take a multi-faceted approach, a combination of new and effective management and nutritional techniques all working together in a combined approach. This is somewhere I hope my research fits in!”

“The sustained performance of weaner pigs without zinc oxide in the feed is achievable. With the level of research currently in progress, there is cause for optimism regarding discoveries that will aid farmers greatly.”

“My journey so far has not been a typical one, switching across from the biopharmaceutical science discipline. So far, my journey has been very interesting, meeting some great people along the way.”

“I am excited to continue my research and beyond that. I look forward to a career in the ag industry,” he concluded.