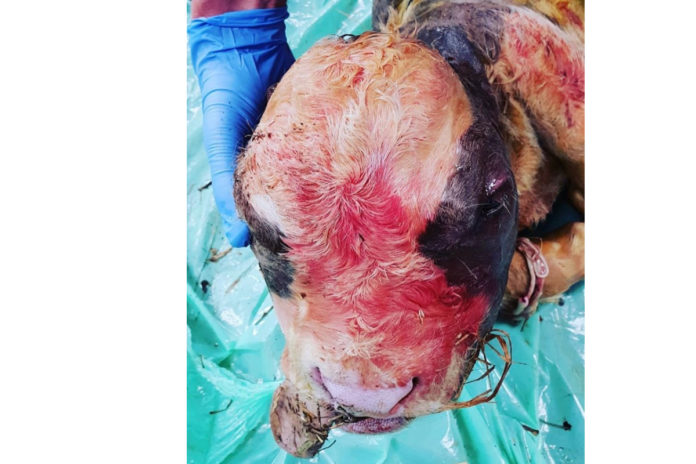 Cavan-based vet, Gerard McGovern, responded to a call to a Friesian heifer with dystocia, which saw the birth of what he described as a “typical” bulldog calf.

In a post on his popular Instagram account, the UCD graduate explained that because of the calf’s shortened, thickened legs and broad head, the heifer was unable to push him into the pelvis.

This, he added, resulted in a prolonged calving, detachment of the placenta and a stillbirth.

“With achondroplasia, the growth of long bones with ossification of cartilage is retarded, resulting in bones with large knobby cartilaginous epiphyses & short diaphyses (photo 3).”

There are several causes of chondroplasia, including genetic abnormalities and Manganese deficiency, the vet added.

- Advertisement -
Previous article
Weather: An opportunity to finish the first cut?
Next article
‘Wrong’ that all bulls are deemed ineligible for grass-fed standard