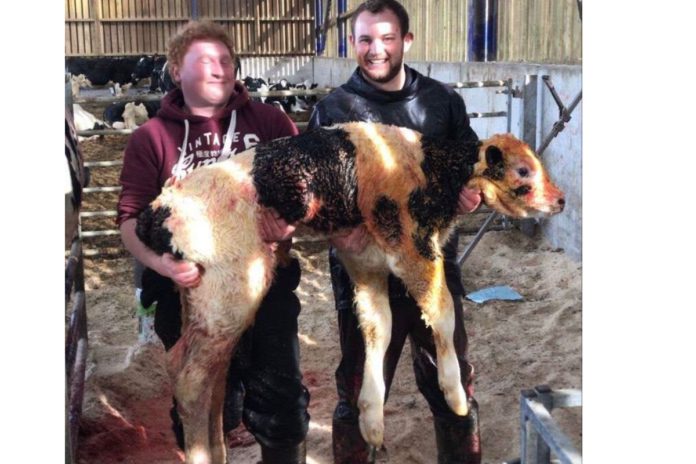 PHOTOS: What weight is this calf?

A large Simmental-cross calf was born on a dairy farm in Scotland last week.

The 90kg calf was delivered via C-section on Wednesday, March 4th.

Speaking to That’s Farming, David Hyslop, said: “The calf is doing really well and is not dippy like you might expect for some big calves.”

“The calf is already drinking 7-litres of milk a day and the mother, a Holstein Friesian, is doing good so far – her appetite is picking up and she is giving about 27-litres daily.”

“The next seven days will be the danger period from the point of view of peritonitis. This was just a freak extreme of a calf – we have not had anything near as big as that before.” Hyslop concluded.

Marts ‘look forward’ to full business as usual next autumn