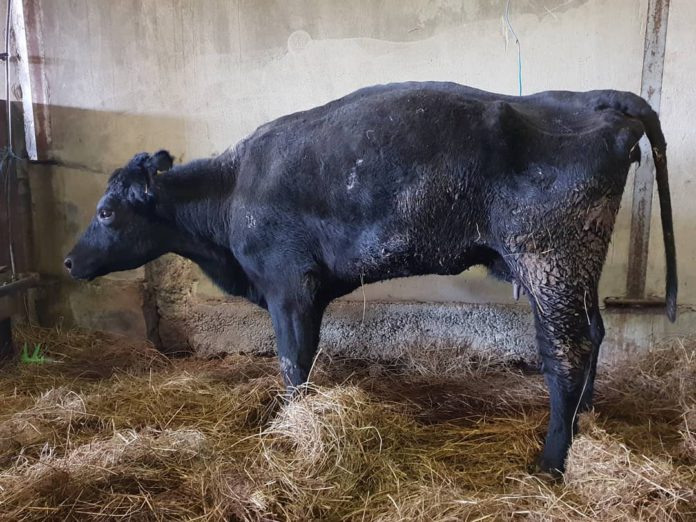 Photos: What was this cow diagnosed with?

Cavan-based vet, Gerard McGovern, recently tended to a cow which had signs of generalised stiffness, bloat, an erect tail and ears and an anxious facial stare.

The animal was also unable to open her mouth, due to spasticity of her jaw muscles.

In a post on his popular Instagram page, McGovern provided further information about the case: “Diagnosis of tetanus was made on typical clinical signs and a history of placental retention.”

“Tetanus is probably one of the most distressing conditions seen in veterinary medicine for patient, owner and vet.”

He outlined that tetanus is caused by Clostridium tetani, a spore-bearing organism, found mainly in soil and gastrointestinal tracts of humans and animals.

“The portal of entry is usually deep puncture wounds, although the organism may also gain entry via surgical wounds (especially castration, dehorning) & the uterus at parturition.”

“After gaining entry into the animal, multiplication of the organism will only occur if optimal conditions occur at the site of infection. The organism has a penchant for tissue damage & lowered oxygen tension.”

In cattle, the post added, treatment is often unsuccessful, but the main aims are: