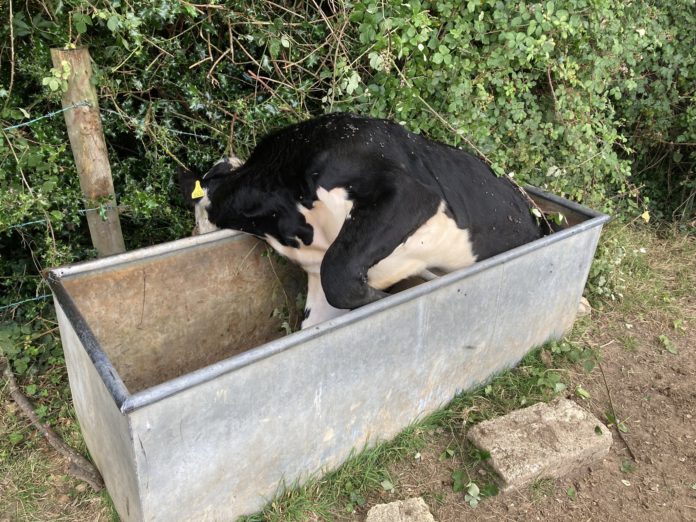 Firefighters rescued a 12-month-steer after he became trapped in a water trough earlier this week.

The incident occurred in Fordbingbridge in the UK on Tuesday, July 21st.

In a tweet, a spokesperson for Fordinbridge Fire, said: “H47P7 mobilised this afternoon by @hfrs_control along with crews from @Lyndhurst48, @Brockenhurst50 & @HFRSanimal to a 12-month-old steer trapped in a water trough at Breamore.”

“[The] animal [was] successfully released and treated on scene by a vet.” the tweet added.