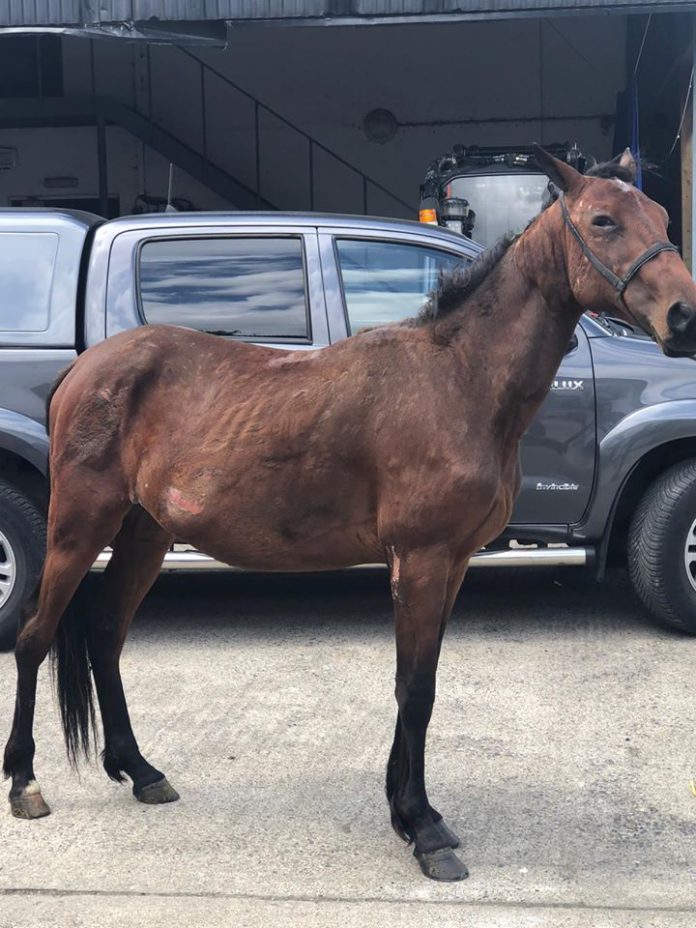 A stallion, which was “set alight” was rescued by members of An Garda Síochána and DSPCA (Dublin Society for Prevention of Cruelty) in recent days.

The young horse was found in poor condition with injuries, according to a social media post by DSPCA.

The stallion was moved to the DSPCA Rescue Centre and has been examined by its veterinary team. “He is suffering from burns on his face and neck with a burnt mane and eyelashes.”

“The case is under investigation by the Gardai in Coolock Station and the DSPCA. Anyone with information should contact Coolock Garda Station 01 6664200 or email [email protected].”

A fighter but a ‘long road ahead’

In an updated post on July 21st, it said: “Thank you to everybody that got in touch enquiring about the stallion that came into our animal shelter yesterday suffering from burns to his face & body. We have called him Pilgrim.”

“Pilgrim has suffered a horrendous shock & major trauma. When he came into our shelter yesterday, he was in pain & completely shut down.”

“Pilgrim will get all the help that he needs but he has a long road ahead of him. Thankfully, his spirit is strong, and he is a fighter.”

“Today, he showed goods signs of improvement & is eating & drinking well. A positive first few steps in his rehabilitation.”

“We are overwhelmed with all the offers of help & kindness that has been shown. Pilgrim has the most wonderful temperament and it is difficult to understand the cruelty that he has suffered, but now, he is in a good place & we are hopeful that he will make a full recovery.” the social media post concluded.