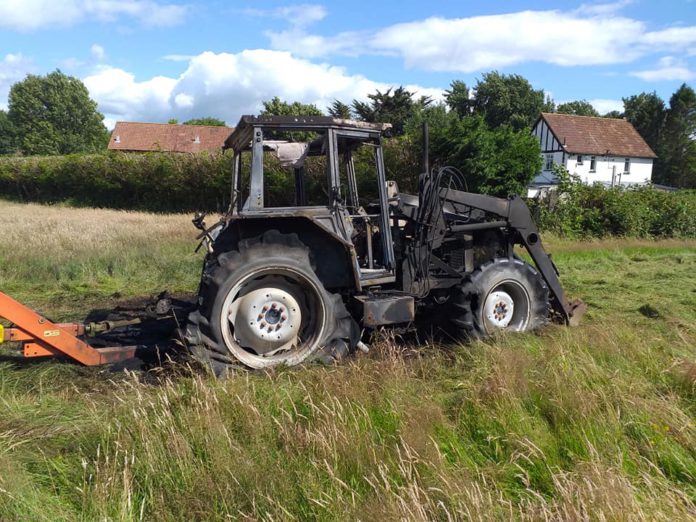 A tractor and mower were damaged in a blaze on Friday afternoon (July 10th).

The incident occurred shortly after 3:20pm in East Brent, Highbridge, Somerset in the UK.

Devon and Somerset fire and rescue service received a call from a member of the public reporting a tractor on fire in a field at the above location.

Two fire appliances and a water carrier from Burnham on sea and Bridgwater were immediately mobilised by Fire Control.

In a post on social media, a spokesperson for Burnham-on-Sea Fire Station, said: “On arrival, the incident commander confirmed that the tractor was well alight and got crews to work to extinguish the fire using breathing apparatus and a main jet.”