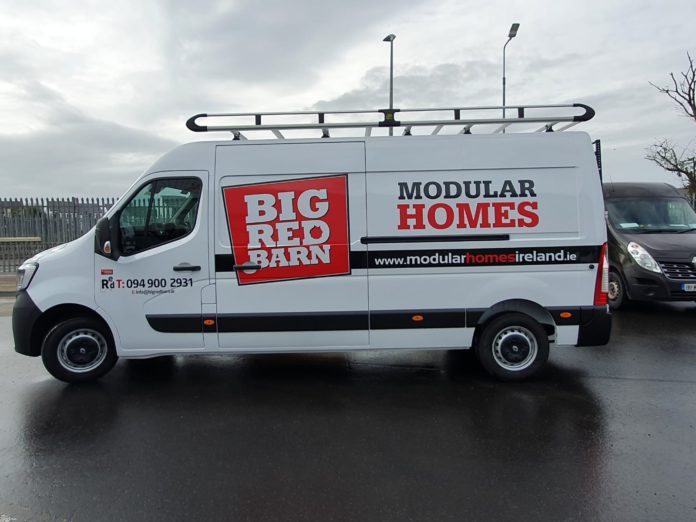 Gardaí are investigating the theft of power tools, worth an estimated €14,000, which were stolen from vans in recent days.

The theft occurred between 9pm and 11pm on Wednesday, September 30th in the Co. Kildare vicinity.

Speaking to That’s Farming, Donal Byrne owner of Big Red Barn, a Mayo-based company which manufacture and erect a range of modular structures nationwide, said: “We were fitting a house in the Naas area and we were staying in The Grove Hotel in Clane, Co. Kildare.”

“Our vans were parked under CCTV footage and between 9pm to 11pm, the thieves landed in a silver Audi. They made a hole in one of the sliding doors, popped open the van and emptied the contents.”

“They broke a light on the back of the new Renault van, managed to undo the lock from breaking the light and emptied the contents of the van.”

“The Gardaí came, took statements and the following day, all the boxes from the tools were found in the canal, but, obviously, no tools.”

“The tools are worth an awful lot to us, and our electricians, and, therefore, we are willing to give a sizeable reward to anyone for information leading to the recovery of these tools.”

“Being self-employed is extremely difficult, especially in these Covid-19 times, and to have several of thousands worth of tools has made life very difficult on all of us, especially those who looked after the vans and minded the tools so well.”

“We had to come home from work the next day as we could not carry on. We had to travel back to Mayo to seek replacement tools and we returned the following week.”

“Not only did we lose the tools, but we lost out on two days of work. If anyone has information, we would be grateful if they could come forward.” Donal concluded.