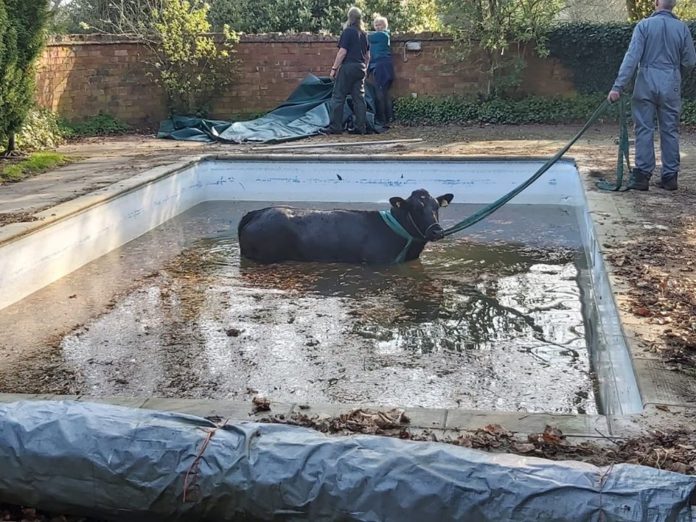 A cow was rescued from an outdoor swimming pool over the course of the weekend.

The incident occurred in Swettenham in the UK on Saturday (April 11th).

In a statement, a spokesperson for Cheshire Fire and Rescue said: “Specialist crews were called to rescue a cow that had got stuck in the deep end of a swimming pool in Swettenham.”

“The farmer and herdsmen were trying to remove the cow themselves, but were unsuccessful, so firefighters from the service’s animal rescue units were deployed to the incident.”

“Farm equipment was provided to assist with the lifting of the cow from the pool and, after around half-an-hour, they had managed to remove it to safety.” the spokesperson added.