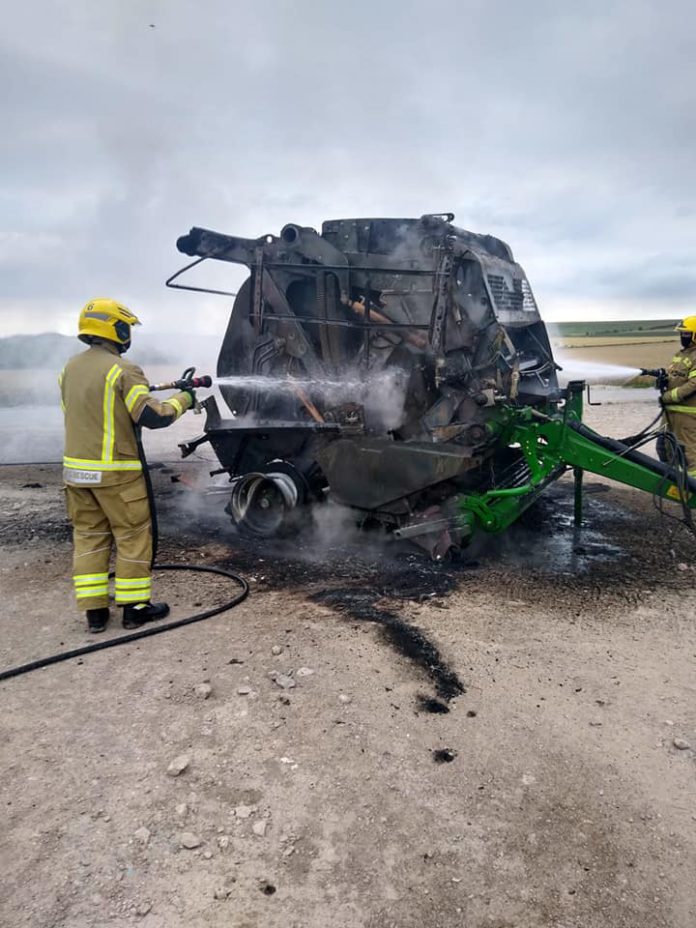 PHOTOS: Baler goes up in flames

Three fire crews were called to the scene of a fire on farmland over the weekend.

The alarm was raised after a baler caught fire in a field near Devizes in the UK on Saturday (August 8th).

A spokesman for Devizes Fire Station said: “On a hot and humid afternoon we were mobilised to a field fire along with Melksham and Pewsey Fire Station’s water carrier to Allington.

“The fire originally started in a baler whilst at work. Two bales were alight. The baler was towed to some hardstanding to prevent further fire spread and extinguished using two hose reel jets.” the spokesperson concluded.

- Advertisement -
Previous article
Brisk trade at Roscommon with online and ringside buyers
Next article
VIDEO: No ‘magic formula’ to guarantee successful transfer of farm from one generation to the next