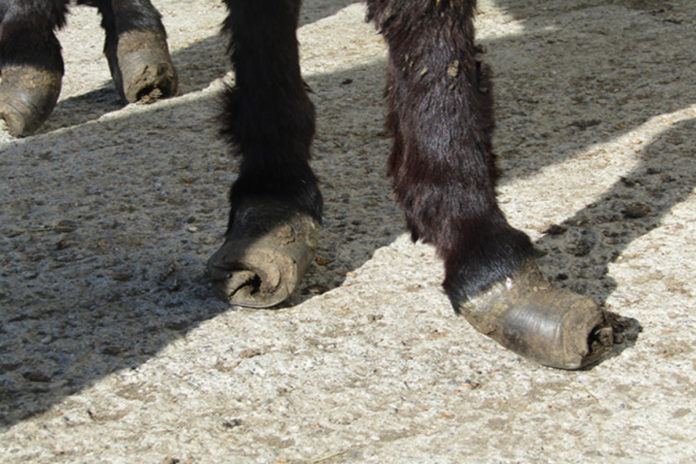 The ISPCA have recently rescued 8 neglected equines who were living in terrible conditions.

The 6 donkeys and 2 ponies were admitted into ISPCA after being discovered in sheds in Co. Donegal.

The seizure involved a joint operation, involving ISPCA Senior Inspector Kevin McGinley working with a Department of Agriculture, Food and the Marine official, and also assisted by local Gardaí.

The animals were discovered to be living within sheds with poor living conditions, which were reported to be so bad that the animals had nowhere to lie down other than in contaminated bedding.

A veterinary practitioner examined the animals who were found to be in poor condition. Some of the animals were thin and had faeces embedded in their coats while some were infested with lice.

An ISPCA spokesperson revealed that the hooves of some of the donkeys were badly pared, leading to issues with lameness and discomfort as they tried to walk.

None of the animals seized had a microchip and the owner was unable to be identified. The animals have been taken to ISPCA rescue centres for rehabilitation and will be available for rehoming once they are fully recovered.

“It appeared to me that the feet of the donkeys had been neglected for some time and that somebody had cut the hooves prior to the ISPCA visiting. It was a hack-job and clearly not done by a competent person. Farrier care is a specialised skill and should not be attempted by anyone without appropriate training.”

The equines will remain in ISPCA care until fully rehabilitated and rehomed.