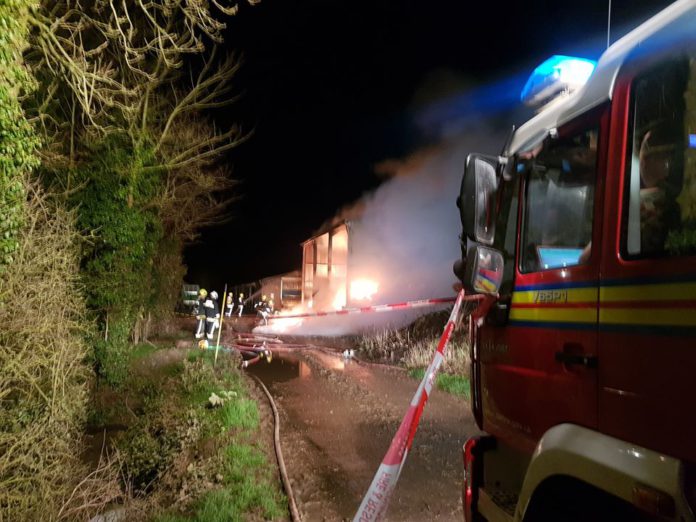 Firefighters were called to the scene of a fire at a farm in the UK shortly after 2:45am on Tuesday, January 14th.

The incident occurred near Reynolds Way, in Compton Dundon, Somerset.

Fire appliances from Street and Glastonbury, along with the water carrier from Bridgwater, were mobilised to a report of a fire, according to a spokesperson for Somerton Fire Station.

On arrival at the incident, fire crews requested a further appliance which was mobilised from Somerton.

Crews confirmed one agricultural building, a barn, with contents including 30 tonnes of hay and a HGV was “well alight”.

In an update at 4:20am, the spokesperson said that fire crews allowed the contents of the barn to burn out and protect adjacent buildings and slurry tank from further involvement in fire.

The barn also contained 50 tonnes of woodchip and 6 – 8 tonnes of used tyres, which at the time, were not involved in the fire.

“Crews are protecting the tyres with 1 attack jet and 2 further attack jets in use to protect the other buildings.” the spokesperson added.