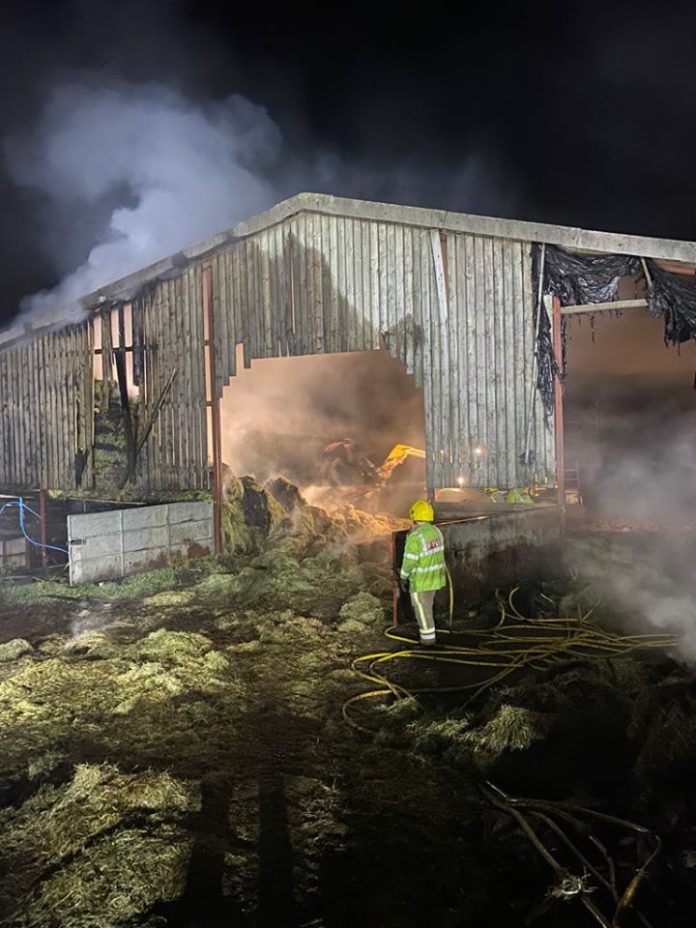 Crews from Bedminster, Temple, Nailsea, Southmead and Avonmouth fire stations were mobilised to reports of a blaze.

In a statement, Avon Fire & Rescue said: “The hay was moved to an adjacent field and crews used four high pressure hose reels to tackle the barn fire.”

“Due to the amount of hay and hot weather, this is being allowed to burn in a controlled and safe manner.”

Smoke will be visible in the area for some time, but crews are aware and will return if necessary, the spokesperson added.

“The cause is thought to be accidental.”

- Advertisement -
Previous articleVIDEO: A day in the life of a tenth-generation dairy farmer
Next articleVIDEO: Celebrating the role of women in agriculture