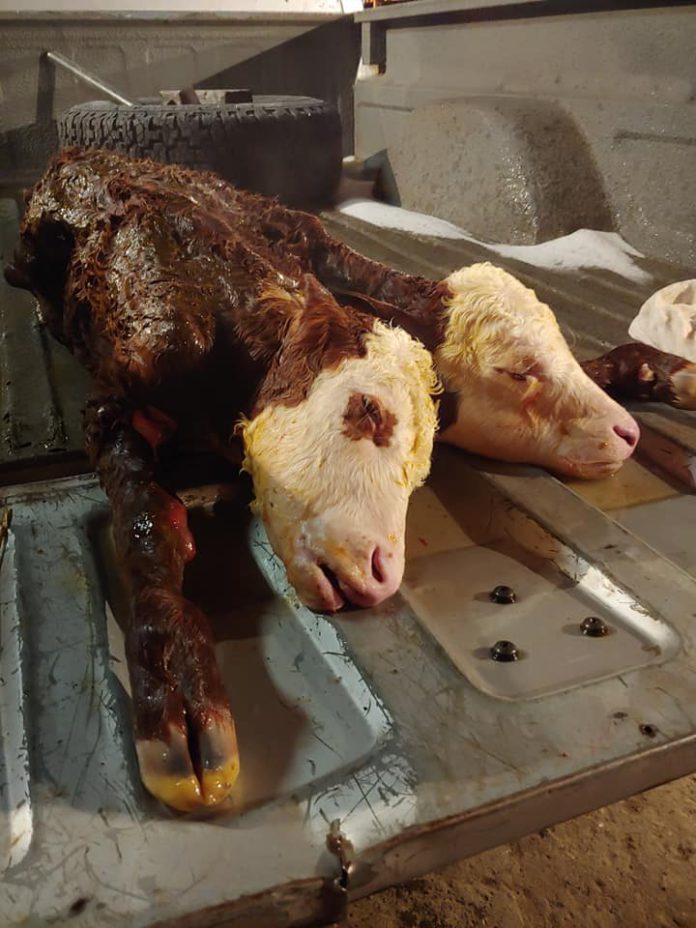 A farm family in the US was shocked by the arrival of a two-headed stillborn calf in recent weeks.

The Kolousek family, based in South Dakota, could not establish why one of their heifers was not making progress to calf.

In a post on social media, a family member explained that they could feel the calf’s feet and head but “could not get the calf out”.

They called their veterinary practitioner and a C-section was performed.

“Once we pulled it out, we realised why we couldn’t pull him.”

“This calf had two heads and necks, only 2 front and 2 back feet. Quite a surprise.”
“Not the end result we were hoping for, but one for the record books for all of us.”

Out of thirty cows so far, the family have had three sets of twins. “This is from identical twins not properly separating when being developed. A fluke of nature.” the family member added.

- Advertisement -
Previous article
Weather: The baler won’t be required this week
Next article
Court for disqualified driver who turned back from Covid-19 checkpoint