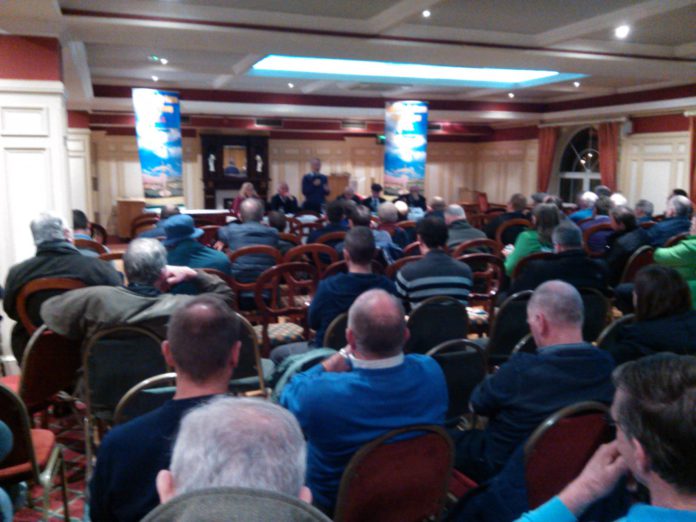 At a public farmers’ meeting in Castleisland, Co. Kerry by the Irish Family-Farm Rights Group (IFRG), there was “unanimous support” for a new farm environmental scheme, which would be equivalent in “simplicity and in funding” to the old REPS, with “similar support” for a €300 suckler cow welfare scheme.

Speaking at the meeting, the organisation’s national chair, Donie Shine, said: “Every euro invested in the old REPS was multiplied 4 to 5-fold when spent, as it was, by farmers in the local rural economy. The next government must 100% co-fund the monies available from the EU for an environmental scheme.”

“Similarly, we need a properly funded suckler welfare scheme that would pay €300 per cow on the first 20 cows of a herd, if we are to protect the suckler beef sector against its current challenges.”

The scheme, he pointed out, would incentivise positive animal welfare practices, including limited or zero-antibiotic use and promote properly weaned, fit for transport animals.

“The market is currently failing the beef producer and until the cartel-like predatory pricing practices of the meat processing industry are dismantled, it is incumbent on the government to protect the price taker – the farmer.”

Shine said that Irish beef also needs to be marketed properly and any meats from outside the country, such as South American beef, must be labelled as such so that consumers know exactly what they are buying.

“The use of the Bord Bia label on certain meat imports also needs to be investigated.”

Mr. Shine warned “the current range of “mickey mouse” schemes should be “done away with”, and one simplified scheme should be put forward.

He is of the opinion that to facilitate farm generation renewal and the early transfer of land holdings from one farming generation to the next, he old Early Retirement Scheme must be reintroduced.

“We have an ageing farming population with nobody coming on after it to take over.”

“Only 5% of farmers are now under 35 years of age. There appears to be a political agenda to move people off the land and into urban areas. When we joined the EU in 1972 Ireland had half-a-million farmers, now we have 130,000, the numbers speak for themselves.”

“In relation to the Common Agricultural Policy farmers on the ground, especially in the west, are telling us that there should be a ceiling equivalent to the average industrial wage at the very most put on any farmer’s single farm [basic] payment.”

“They are saying that the single [basic] farm payment is meant to be a low farm income support payment to ensure that as many family farms as possible remain viable.”

“They are saying that it is not meant to be a supplement to the profits of already viable farm enterprises, feedlots, or meat processing plants.”

Mr. Shine concluded by saying that this is the final call for the low to middle income farmers on the ground to be heard before the next CAP, REPS & suckler cow schemes are finalised soon and for the next “seven years or more”.

As well as its current petition for a new REPS and €300 suckler cow scheme, there will be a new petition available for signing for the fairer distribution of EU CAP monies to all Irish farmers.

“We will be targeting 40,000 signatures on all petitions which, if reached, will entitle us to bring a case to the European Court of Human Rights.” Shine concluded.