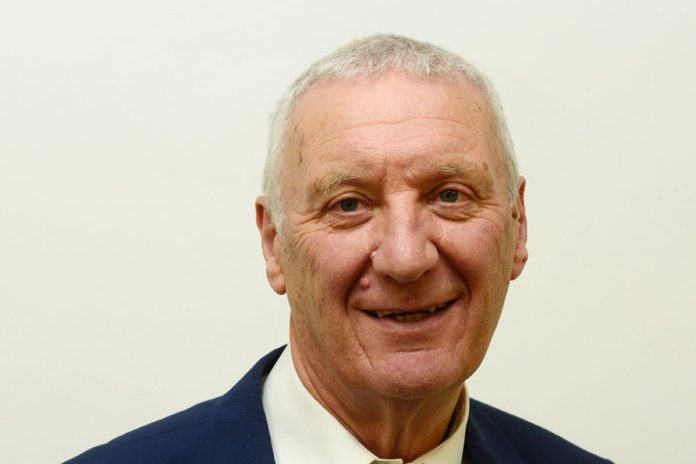 FRS Network has announced that CEO Peter Byrne is to retire early next year, after more than forty years’ of service.

Peter served as the first manager of the National Co-Op Farm Relief Service (NCFRS) organisation established in 1980 as the umbrella body for FRS co-ops.

Before taking up that role, he had worked with Macra na Feirme, where he was tasked with researching FRS’ development.

He has remained at the helm of FRS ever since, as the organisation has grown exponentially, while broadening its reach into a range of diverse markets under the management of FRS Network.

Some of the key achievements during Peter’s 40+ year time at the helm of FRS Network include:

Speaking about his decision to retire, Peter Byrne said: “The development of FRS Network has been my life’s work.”

“It has been my immense pleasure to work with this organisation and to see it blossom over the years. The FRS Network team continue to amaze me on a daily basis. It has been an honour to work with so many smart, talented colleagues and friends.”

“After more than 40 years’ of service, now seems like the right time to hand over the reins. I look forward to working with my successor as soon as that individual has been appointed.

“I will continue to be available to both the new CEO and the board to ensure a seamless transition in the months ahead,” Mr Byrne concluded.

“The impact he has had is there for all to see in the size and scope of FRS Network today.”

“When you consider that this organisation grew from such humble roots in 1980 to become a social enterprise which now interacts with thousands of customers all over Ireland on a daily basis and which employs more than 2,000 members of staff, you can get some sense of what Peter has achieved. However, that is really just the tip of the iceberg when it comes to his accomplishments.”

“Peter has been a visionary leader. He saw needs before anyone else, and he sought out solutions to address them.”

“Also, he saw strategic opportunities for how the business could grow. He made smart decisions that allowed FRS to broaden our business and services. We simply wouldn’t be the organisation we are today without Peter’s far-sighted outlook and brilliant guidance.”

Francis said the task now turns to finding someone who can take on this role and fill Peter’s “sizeable” shoes.

Turnover of circa €100 million

The board of FRS Network has begun a recruitment process with a view to appointing a new CEO in the coming months to “facilitate a seamless transition” in Q1 2022.

FRS Network is active all across Ireland and incorporates a range of business units that employ approximately 2,000 staff, with an annual turnover of circa €100 million.