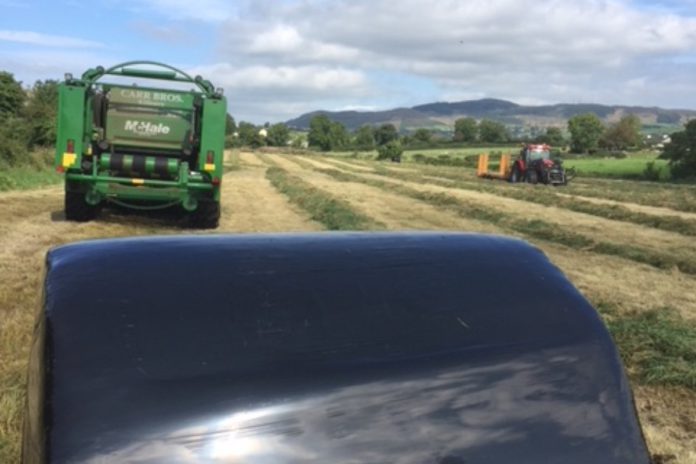 A new pest-repellent bale wrap, called RaniRepel, which is designed to protect again bird and rodent attacks, will be launched later this spring.

“RaniRepel contains a non-toxic, natural active ingredient which, through odour and taste, is repulsive to crows, ravens, rats and mice, but cannot transfer to the baled crop or to the soil, according to a company spokesperson.

“RaniRepel is an excellent repellent and it does not harm animals, nor does it affect the role they play in biodiversity.” the spokesperson added.

Bale degradation by farm pests has the potential to ruin fodder by allowing air into the bale. Damaged bales lead to mould, crop contamination and bacterial toxicity, which in turn can impact cattle health and milk production.

According to the Finnish packaging company, extensive trials have shown that RaniRepel almost completely eliminates bird and rodent attack. It also has the potential to change the habits of these pests, as they’ll learn to avoid the area with the RaniRepel.

Rani Plast sales manager, Christer Vidjeskog, said: “RaniRepel offers a great combination – it not only protects bales effectively, but it doesn’t harm animals or the environment.”

The repellent additive is made up of natural elements including essential oils and is extruded into the bale wrap at the manufacturing stage. The repellent is integrated into the outer layer of the film, and because of this the company claim it cannot affect the wrapped crop.

They also say it cannot be washed off by rain, it is resistant to high-temperature variations and remains fully active for two years from the production date.

The additive used in RaniRepel is approved by EU regulatory bodies meets biocidal regulations and can be recycled.

Testimonials from farmers in the USA, who have been trialling RaniRepel, have reported dramatic improvements in crop protection. Similar reports from farmers trialling the repellent in France, Belgium and Switzerland reveals the excellent performance of RaniRepel, according to the company.

- Advertisement -
Previous article
Covid-19: No disruptions to milk collections
Next article
Dog owners can be held liable for attacks on sheep