That's FarmingThat\'s Farming Irelands Largest Farming News, Properties and Classifieds Network
HomeFarming News‘Now we can’t even get the supplies we need from the Baltics’ 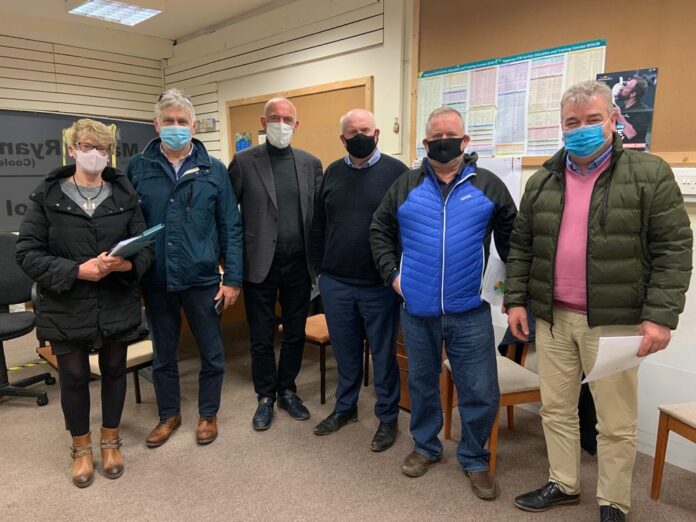 Horticulturists have called for “immediate” government action on the harvesting of Irish growing peat, as they claim they require emergency legislation to access urgent supplies.

Experts are warning of a “disastrous” season ahead due to the lack of availability of Baltic supplies.

They have warned that this, coupled with government restrictions on harvesting Irish horticultural peat, means a “complete lack of access” for the horticultural industry.

Kildare Growers consists of some of the largest plant nurseries in the business. It has urged the government to enact emergency legislation to allow harvesting of indigenous peat immediately.

They said the amount required the Irish horticultural industry requires is “miniscule” (0.12% of Irish peatlands) in comparison to the benefits it bestows.

Larry Doran, the chairperson of the Kildare Growers, said:

“Since the establishment of the working group on the issue of peat in the Irish horticulture industry a year ago, the horticultural industry, worth some €0.50 billion, has tried desperately hard to outline the crisis that the sector is facing if Irish peat is no longer available for a transitionary period.”

He said the current position is that “no viable alternative” can replace peat and importing peat or other materials is “not the solution”.

“We have already reduced our peat usage by 30% using wood fibre. This clearly demonstrates our commitment to using feasible alternatives. This is a very positive move; we are proactive and imaginative; our government is anything but.”

He accused the government of “ignoring” the working group’s recommendations in October 2021.

Instead, he said it came out with its own action plan in January 2022. He claims it did not discuss with working group members or industry stakeholders.

Since then, he stated that there has been no progress or support for the industry except funding for research and development. He said this would “be in vain” if the government continues to ignore this “prosperous” home industry.

He stated that recent discussions about spiralling food prices endorse the case for home-grown food and crops.

Moreover, the current crisis of the Russian invasion of Ukraine has further impacts on the Irish economy. He said it emphasises the importance of home-grown produce and food security.

“Our government has driven us to import peat stocks, with all the negative environmental implications this brings.

“However, now we cannot even get the supplies we need from the Baltics. We are being placed in an impossible situation.”

Doran said that “it is the height of irony” that the Minister for Agriculture is asking farmers to grow grain due to the “worsening terrible” war in Ukraine and “we are not allowed to harvest peat to grow our crops”.

Furthermore, he believes this call underlines the need for Ireland’s agricultural sector to be self-sufficient.

Also, it “backs up” the group’s calls for a “fair, just and workable” transition away from peat growing media.

“We appreciate the concerns regarding the use of peat. Our industry members have stressed the need for a just-transition.”

“All members have agreed to a phasing out of peat by 2030 or 2035 at the latest, with the provision that alternative materials were available.”

“We want the government to allow us immediate access to our own superior local materials until we have viable alternatives.”

“Also, we do not have the time to work at the government’s snail’s pace. We need immediate and emergency legislation now.”

“Urgent action is now a priority for our government, particularly by the Green Party with three cabinet ministries who have the wherewithal to resolve this deepening crisis,” Dolan concluded.