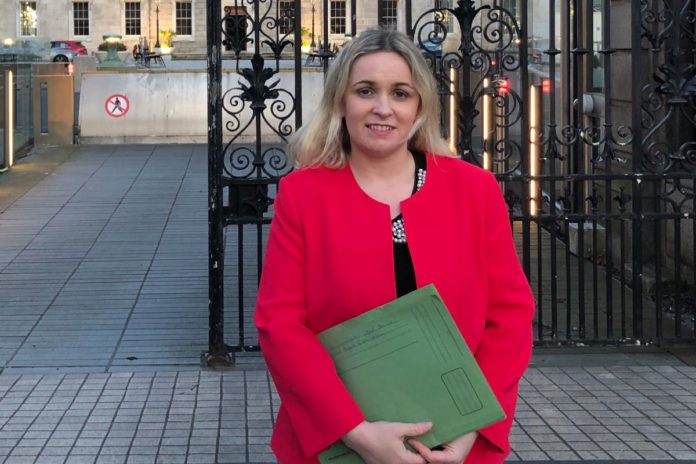 ‘As horticulture’s peat crisis deepens, the only thing government is planting are P45s’

Independent TD for Laois-Offaly Carol Nolan shares her views on the horticulture sector’s peat crisis. She attended an IFA-led protest at Leinster House on the lack of available peat and excavate products for the sector.

As horticulture’s peat crisis deepens, the only thing government is planting are P45s.

The scale of the imminent threat facing the sector is a direct consequence of policy incoherence at the heart of government.

We are now at the point where there is genuine and overwhelming alarm within the sector at the inability of the government to rise and meet the existential challenges coming down the tracks.

We have the Minister of State, Peter Burke, clearly stating in the Seanad that the situation is intolerable. He said he is working to streamline the planning element of the substitute consent process.

But the same minister, in the same speech, then went on to accept that it is the lack of clear policy from the Department of Climate, Environment and Communication that is contributing to the continuation of the crisis, particularly with respect to an alternative regime being in place that would allow peat to be extracted.

It is simply beyond comprehension how such confused and destructive thinking has been allowed to develop to this point; a point where we are importing vital peat and excavate products that are readily available on our own doorsteps.

Government must get its act together. It must undertake immediate moves to save this sector before it withers and dies before our eyes.

I have little or no faith in the commitments Bord na Móna is providing concerning the proposed energy park.

It plans to build this on 3,000 hectares of its landbank in Meath, Offaly and Westmeath.

Bord na Móna has confirmed to me that the company proposes to develop Ireland’s first dedicated renewable energy business park across peatlands close to Junction 3 of the M6 Motorway at Rochfortbridge, Co Westmeath.