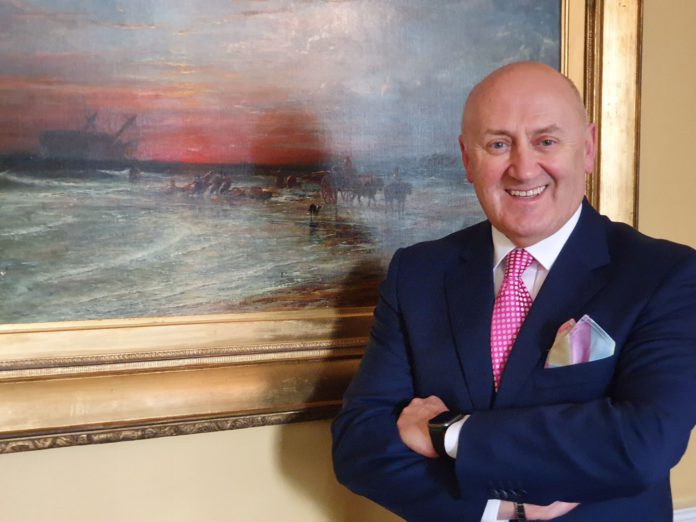 Davitt to step down as IPAV’s CEO

Pat Davitt will step down from his role as CEO of IPAV at the end of 2022, having held the position for almost ten years.

During his tenure, he has led and represented IPAV at national, European and wider levels.

Moreover, he has overseen many initiatives, including the introduction of The ‘Blue Book’ European valuation standards to Ireland in 2013, the introduction of IPAV’s first-ever bill, the seller’s legal pack for Property Buyers Bill 2021, to the Oireachtas, and the setting up of a cross-party Oireachtas Committee on Housing.

Davitt said over the past decade, the institute has grown into the “truly national” voice of auctioneers and valuers in Ireland.

Its membership has more than doubled, as has its education and training programmes for members and aspiring auctioneers.

He has served on several Irish and European Boards, including TEGOVA, the European Group of Valuers’ Associations representing 70 national valuers’ associations from 38 countries.

“It is with a heavy heart I will be leaving an organisation. I have been so privileged to serve, to be able to have worked with property, my passion, and to lead IPAV for ten incredible years.”

“Auctioneers, valuers and estate agents play a crucial role in the lives of consumers and businesses throughout the country.”

“IPAV has been instrumental in growing standards in the profession. I would like to think that I have given strong leadership in that regard,” he added.

“As IPAV is a members organisation, assisting members has always been a priority for me. I thank them for their friendship over the years and will miss the inspirational contact with them.”

“Also, I thank a wonderful staff at IPAV for all their help and friendship over the years,” he added.

Gerry Coffey, IPAV president, paid tribute to Davitt, saying he has given “remarkable” leadership with “great” passion over the years.

“Our profession is represented in every city and town in Ireland. We have always been very close to those whom we represent. We are enormously grateful to Pat and proud of what he has contributed to the evolution of IPAV over the last decade.”

He said his “unbounding energy and drive are universally recognised”.

“Davitt has made an enormous contribution in what has been a very challenging decade. He will be a hard act to follow.”

“He has shown real vision and ambition for the organisation, has made an enormous contribution to IPAV and the auctioneering and valuation professions nationally, and we extend our thanks to him for his very significant contribution.”

Mr Coffey said Pat Davitt has agreed to serve as CEO until IPAV appoints a successor.