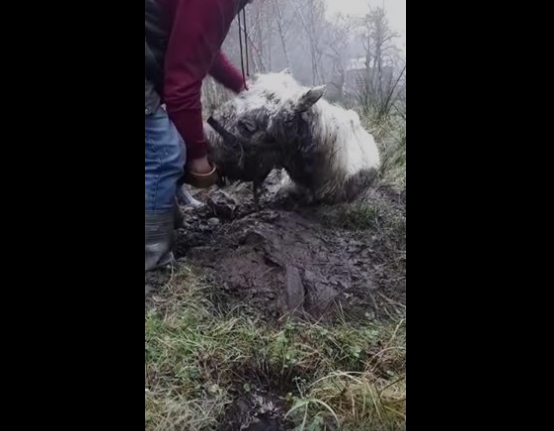 Graphic content: Over 30 horses and donkeys dumped in forest

Over thirty horses and donkeys have reportedly been abandoned in an area of Drumcong forest, in Co. Leitrim over the past year.

In a statement, a spokesperson for Animal Warden Service for Co. Leitrim explained that the animals appear to be left to fend for themselves, sometimes with injuries and illness, with no food or water in a barren landscape.

In a statement on social media, Leitrim Animal Welfare Centre, said: “On Thursday of last week, members of our staff were involved at a very disturbing incident in Drumcong Forest.”

“A horse had fallen elbow-deep into a bog and could not free itself. It is unclear how long she had been in the ground for, but after several hours we managed to free her.”

“Unfortunately, she was too weak to stand on her feet or even keep her head up.”

The animal was euthanized, while two other horses were seized from the site under the Animal Health & Welfare Act 2013.

“We have recently learned that there has been an ongoing and pervasive dumping of live horses at this site for over a year.”

“In November, another horse was stuck in a bog and in a lot of difficulty, but thankfully it is now making a full recovery in the care of Sathya Sai Sanctuary Trust for Nature.”

“On that same day, a horse carcass was also found recently deceased in a ditch.” the statement added.

Anyone with any information is urged to come forward to speak confidentially with the Leitrim Animal Warden Service or the ISPCA.

- Advertisement -
Previous article
Quiz: How well do you know Curaheen Gunshot?
Next article
Woman rescued from pit on farm