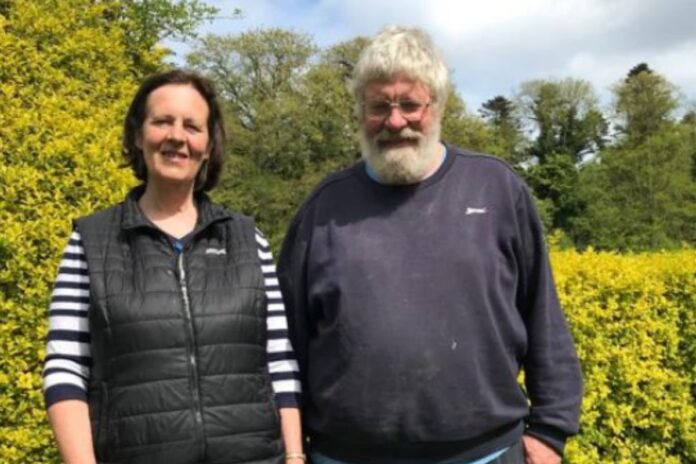 Changing crop types and routes to market in the last thirteen years have been instrumental on the Workman’s organic tillage farm in Dunany.

Andrew and Leonie have been farming here since 1981, running a tillage farm, growing a “wide” range of crops.

However, they felt it was “not sustainable” and began looking at other options to improve the farm’s overall financial position.

After careful consideration and visiting other organic farms, the Workmans decided to take the organic option.

The farm entered organic conversion in 2004 and achieved full organic status for the land and produce in 2006.

With fluctuating grain prices, they looked at other ways of selling grain. They decided to grow wheat and then rye and spelt for flour.

This has now evolved into a family farm business where the Workmans are growing, milling, packing, and distributing their organic wheat, rye and spelt from their farm.

Furthermore, they also grow oats for the organic porridge market

At a recent Teagasc open day on their farm, they told attendees that demand is “strong” for organic cereals for livestock and human consumption.

They expect demand for organic cereals to continue to increase for the foreseeable future.

Currently, on the farm, they devote 69 hectares of land to cereals.

They sow red clover in a monoculture at the start of the rotation on the farm.

According to the farmers, it acts as a “valuable” break crop improving soil structure and fertility, limiting weed invasion, and supplying organic matter.

The Workmans mulch it up to three times during the growing season. The variety of red clover on the farm is Kyrinna.

White clover is sown over with the spring oat crop; this will improve soil fertility, soil structure, and help suppress weeds.

This is ploughed back when the next crop is being sown. The variety of white clover sown with this year’s spring oats is Jura at a rate of 2 kg/ac.

The farmers explained that this provides the principal mechanism to provide crop nutrients and is a “major” way to control pests/diseases along with maintaining and enhancing soil structure.

Crop rotation, they added, also allows for spreading the fertility requirements and provides the capacity to build fertility.

The Workmans have implemented a rotation of a two-year fertility-building phase with red clover followed by a five-year cycle of cereals.

This planned rotation may vary depending on soil type, weed burden and fertility.

In organic cereal production, Teagasc stated in a publication, output is lower than conventional units, but costs tend to be lower and prices for grain higher.

Workings from the family show they have €361 worth of total variable costs to produce organic spring oats, with a net price for tonne of €420.

- Advertisement -
Previous article
BEEP-S: ‘All records should be submitted within 7 days of the weight recording process’
Next article
‘The Swiss army knife of tool-carrying attachments’ for tractor owners