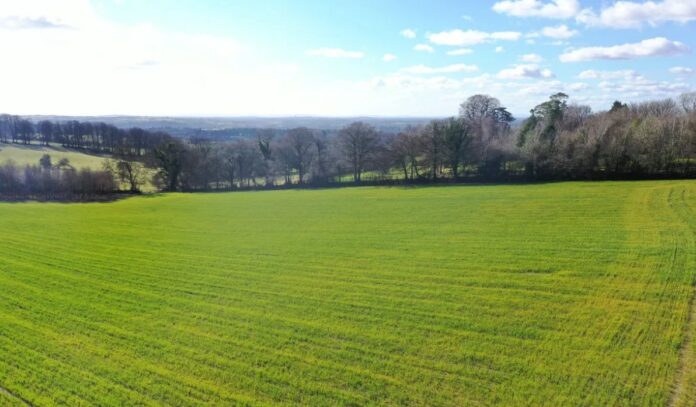 Land reform is on its way – but is large-scale organic farming a fantasy?

The Irish government has a commitment to increasing the amount of farmland given over to organic agriculture.

The Department of Agriculture, Food, and the Marine’s Organic Farming Scheme aims to treble the amount of such land from 2% up to 7.5% – an increase of more than triple.

To support this objective, farmers will be provided with €220/ha of land for two years, until the land is converted to the correct form of organic surfaces – whether for pastoral or arable farming.

There are clear advantages to be gained from organic farming, both environmentally and economically, but there are questions over whether it is attainable on a large scale.

By sector, agriculture is responsible for 22-30% of this, according to Gov.ie. As the UK’s Soil Association highlights, organic farming can account for the bulk of this reduction.

Their figures indicate that if the entirety of Europe pivoted to organic farming principles, the overall reduction in emissions could be as high as 50% by 2050.

Biodynamic farming, in particular, achieves this through soil regeneration. This, in turn:

Biodynamic farming is relatively simple to achieve, largely demanding that tilling is eschewed.

Land change to encompass organic farming is one thing – adapting pastoral practice another. As highlighted by Teagasc, there are a huge number of questions concerning the organic rearing of animals, and cattle, in particular.

What medicines can they be provided with? What rules are there regarding bedding and housing? Understanding the challenges of animal farming under organic rules, and ensuring that the various stipulations of policy are met, is an essential part of the organic land change question.

To meet these goals, some assert that it is going to be necessary to involve smaller-scale farmers.

Instead of land reforms seeking to bring only larger producers into the fold, more proactive measures need to be implemented to:

This will undoubtedly be challenging for the government. According to data, the number of farms in Ireland has decreased by 3.4% since 2010. Moreover, figures show that the average farm size has increased to 33.4ha.

This means that the average farm is larger, and can take greater advantage of the €220 p/ha payment being provided.

This is not something that some small farms can potentially afford, in my view, given they may have to undertake total renovation.

There are clearly good reasons to see a motivated change in farming practices to encompass organic principles.

However, more needs to be done in policy and execution to make this a realistic future. Ireland has the potential there. However, inspiration is sorely needed to bring a greater number of potential organic farmers into the fold.

- Advertisement -
Previous article
Buying a used car in 2022: what you need to know
Next article
‘Valuable’ 39ac farm in ‘fertile’ area with cutting and grazing lands